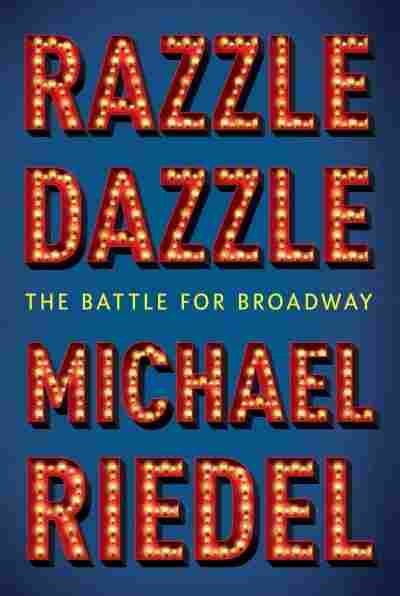 The Battle for Broadway

New York Post theater columnist Michael Riedel proffers anecdote after juicy backstage anecdote in Razzle Dazzle, which is just what you'd expect from Broadway's most venomous observer. Oddly, though, he doesn't bother proffering them until roughly halfway through the book, which, in the terms of the business he covers, is rather like saving your best character-establishing ballad 'til after intermission.

Ill-conceived and too insidery for anyone who doesn't read Backstage for sport, Razzle Dazzle chooses for its narrative spine the history of the Shubert Organization, that titan of Rialto real estate. In particular, Riedel focuses on the rise and rule of Bernard Jacobs and Gerald Schoenfeld, the two lawyers who took control of the storied family-run combine in 1972, when it faced an existential threat from a combination of outside pressures and a boozy Shubert heir.

Or perhaps it's Gerald Jacobs and Bernard Schoenfeld; one of the principal weaknesses of Riedel's chronicle is that for all his fascination with these New York power brokers, he hasn't rendered anything remotely like a lifelike portrait of the two men. Anyone not vested in the ins and outs of theater bookings and production contracts may be forgiven for having trouble telling Jacobs and Schoenfeld apart.

Perhaps sensing that those who don't follow the commercial theater for a living will care less about its deal-makers than about the trouble they occasionally get into, Riedel opens with a breathless chapter centered on a corruption investigation. "Ice," as the vast floes of money skimmed by unscrupulous box-office bosses came to be called, was the great scourge of the Great White Way as late as the '60s, he explains, and the Shuberts were up to their necks in it before Jacobs and Schoenfeld took over. Ice not being especially newsy these days — it's become more or less respectable in the form of premium-seat pricing — Riedel's opening puffery deflates pretty quickly.

Even the tale of the internal coup that brought Jacobs and Schoenfeld to power doesn't really sing. A secretary "looked like she was on the verge of running to the nearest exit," Riedel quotes one young producer as saying, of the day the penny dropped. "I guess they're going to dump him," another says of the drunken heir. Then there's something about real estate.

Riedel finds livelier fodder in behind-the-scenes stories of the shows that helped Schoenfeld and Jacobs keep the Broadway theater alive during New York City's '70s descent into squalor and near-bankruptcy. A Chorus Line and its mad-genius director, Michael Bennett, get a close look; so do Cats and its creators, Andrew Lloyd Webber, Trevor Nunn and Cameron Mackintosh.

The blood feud between the teams behind Bennett's Dreamgirls and Tommy Tune's Nine, which went head-to-head for the Best Musical trophy at the Tony Awards in 1982, is perhaps the most vividly rendered story in Razzle Dazzle; blended with the saga of the failed fight to save three historic theaters demolished to make way for Times Square's monstrous Marriott Marquis Hotel, it's certainly the most emotionally resonant. Perhaps aware that a show with a slow start needs a scorcher of an 11 o'clock number, Riedel saves those twinned tales for Chapter 20.

To cap that chapter, there's a play-by-play recap of the Tony ceremony that — despite its attempt to make a cliffhanger from an outcome available to anyone with an Internet connection — peaks with this observation: "There never was an explanation for why Cher sang and stripped with a bunch of gay polar bears at the Tony Awards in 1982." That's Riedel at both his best and his least destructive — jaded, but fondly so, aware of the absurdities of showbiz but invested in the personalities and the product both, neither a slave to stardom nor unreasonably cruel. And that's the Riedel we don't see enough of.