Accessibility links
Songs We Love: The Coathangers, 'Watch Your Back' A lesson in acceleration, the Atlanta punk trio's breathless, unstoppable single is intent on racing itself and raising its own stakes.

Songs We Love: The Coathangers, 'Watch Your Back'

The Coathangers' "Watch My Back" will be available as a 7" Nov. 13. Kalena Leo/Courtesy of the artist hide caption

Kalena Leo/Courtesy of the artist 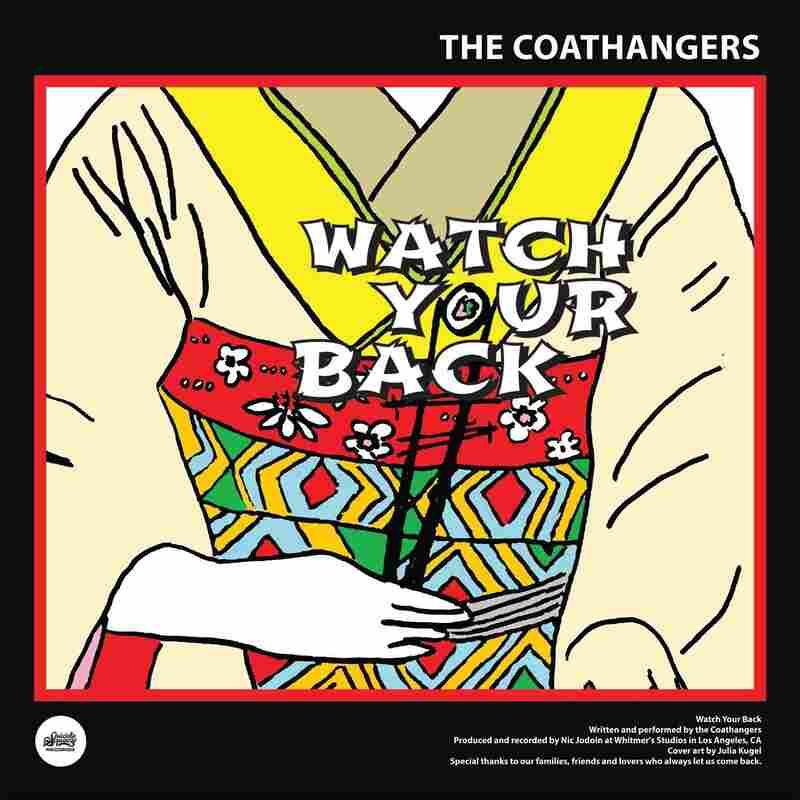 The Coathangers, "Watch Your Back" (Suicide Squeeze) Courtesy of the artist hide caption

Every moment of The Coathangers' "Watch Your Back" seems designed to knock you off your feet. Five seconds in, the opening, bouyant guitar line jolts, giving way to a breathless punk beat that's three parts steamroller and one part percussion. Brash schoolyard vocals tear in and then drop out, replaced by a dark, relentless reminder that "you can never go back." And before that switch-off can also become predictable, everything slams together into an overlapping mix. Even if the song's lyrics weren't centered on forward motion, the Atlanta trio's vibrancy and the speed of its playing would be a lesson in acceleration.

In an email to NPR Music, the band wrote that "Watch Your Back" was inspired by a "challenging, fascinating and enlightening" tour of Japan. Punk music is, in many ways, the perfect soundtrack to long-distance travel. It's giddy, it basks in unpredictability and spontaneity, and a thrum of potential panic keeps its pulse ever-elevated. "Watch Your Back" is a sonic treadmill set to "Sprint" before it's ever been stepped on. It is punk music that races itself, raises its own stakes, and revels in its own kinetic energy.

The Coathangers will put out a limited-release split 7" with Black Lips November 13 on Suicide Squeeze.