Accessibility links
Review: 'Gazing With Tranquility: A Tribute To Donovan' Sharon Van Etten, The Flaming Lips, Hamilton Leithauser and others reimagine and redefine songs from the highlight reel of the '60s.

Review: 'Gazing With Tranquility: A Tribute To Donovan'

Review: 'Gazing With Tranquility: A Tribute To Donovan' 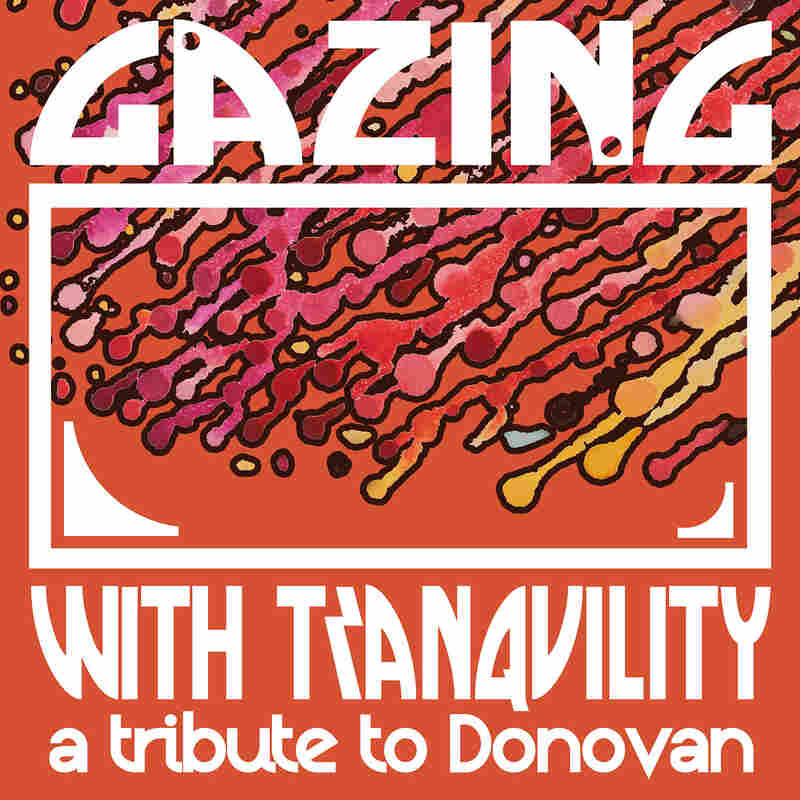 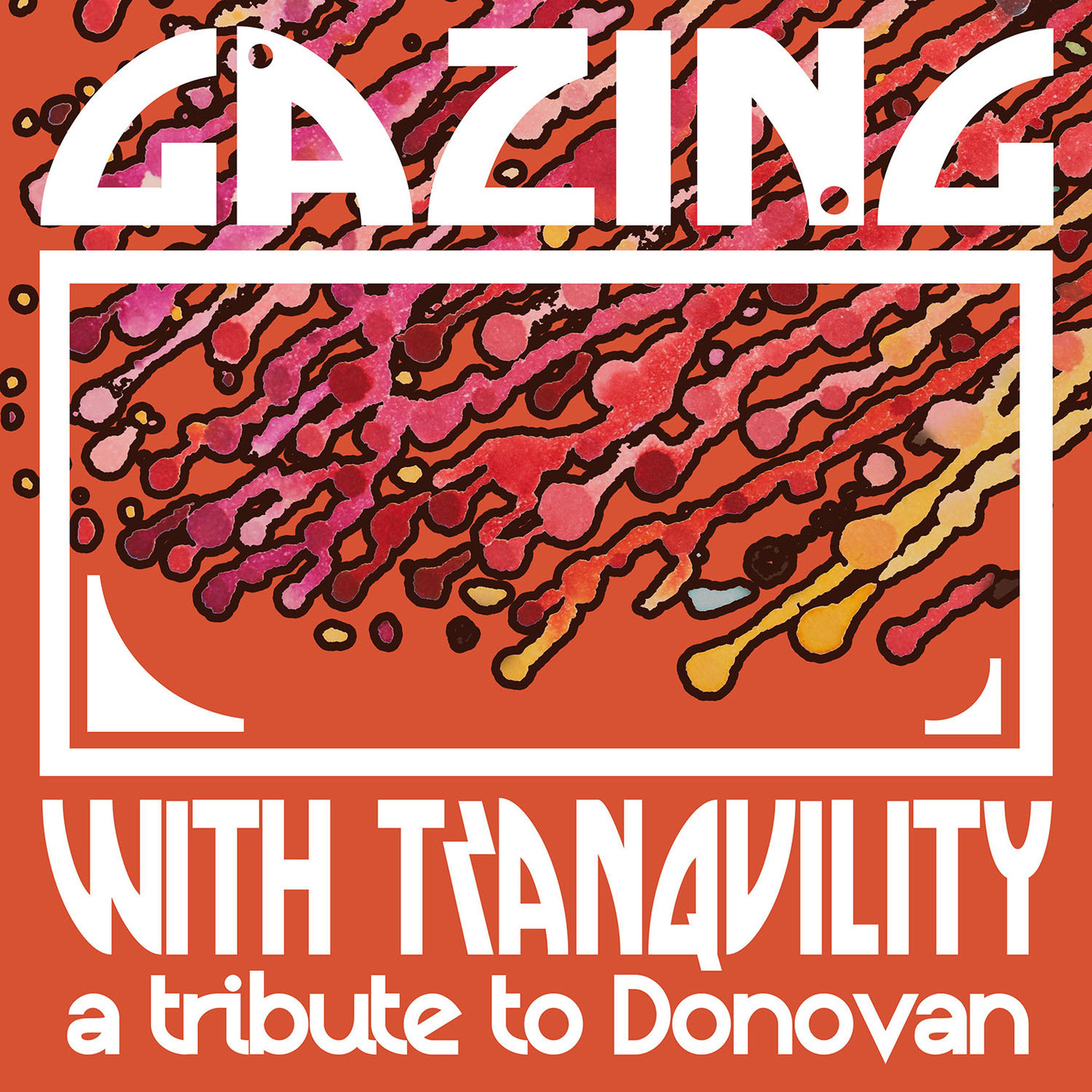 Deep into Gazing With Tranquility, tucked between smart and sometimes overly reverent reinterpretations of Donovan's hits, there's a small performance that illustrates the value of the tribute record.

The song is "Lalena," a 1968 single that's notable for its dirge-like tempo and Donovan's steady, symmetrical vibrato. It's not one of the Scottish psychedelic pop star's best-known works, perhaps because its lyrics trace a more sophisticated narrative than, say, "Mellow Yellow" — Donovan has said it was inspired by the troubled prostitute actress Lotte Lenya played in the film version of The Threepenny Opera. Donovan's version is lachrymose and ever so slightly ponderous; here, interpreted by a Minneapolis singer-songwriter and ukulele player named Savannah Smith, it becomes riveting, sad and disarmingly dramatic.

Smith loses the vibrato. She has a bit of bar-singer rasp in her voice, and she uses it to convey weariness, then woundedness. She disregards Donovan's rhythmically rigid phrasing to sing in a more languid, contemplative way. When she gets to the alliterative phrase that sums things up — "That's your lot in life, Lalena" — it sounds like she's singing about someone who matters to her. What reads on paper like a simple character study is transformed into a vivid, deeply personal lament about the unfairness of life, and how hard it can be to change one's circumstances.

While keeping the track intimate in scale, Smith somehow enlarges "Lalena," in ways that foster appreciation for the composition and the composer, who is frequently dismissed as a lightweight. Of course, that's what a tribute usually aims to do, and on that score, this benefit for Minneapolis charity Huntington's Hope (issued on the nonprofit label Rock The Cause) succeeds more often than it fails. The album opens with a collage version of "Atlantis" from former Replacements drummer Chris Mars (under the moniker Mixd Up Kidz) and closes with a transfixing, filter-sweeping, feedback-swirling reimagining of the same piece by The Flaming Lips. Between those bookends are a few careful, arguably too-faithful reproductions of Donovan hits: The Tennessee trio Colony House plays "Sunshine Superman" as though afraid to let any day-glo colors stray outside the lines (to hear a potent reimagining of this iconic hit, check out Rickie Lee Jones' 1996 version), while Minneapolis folk-rock band Little Man offers a dutiful, mostly zen-free acoustic reading of "There Is A Mountain."

Others go much farther, expanding Donovan's works with smart, sometimes subversive covers. Sharon Van Etten interprets "Teen Angel" as an artifact from the era just before Donovan arrived — her vocal has the shimmering radiance of Phil Spector's great girl-group singles. Similarly, Hamilton Leithauser treats "To Susan On The West Coast Waiting" as a study in the dramatic contrasts of '60s pop, with glances at Tom Jones and early Bee Gees. Leithauser treads lightly through some verses, singing with trembling restraint, then pushes into full-on production-number territory for the refrain. The Minneapolis synth-rock group Apollo Cobra employs recurring arpeggios and a sleek electronic shuffle to bring "Barabajagal (Love Is Hot)" into the EDM era. And another Minneapolis talent, the singer and violinist Jillian Rae, cultivates a hypnotically thick, multi-layered sound for "Superlungs My Supergirl," with slow-moving violin chords that crest over percussive electric piano. It's another lesser-known tune that expands under creative reappraisal.

This is not the first Donovan tribute record. There's also Island Of Circles, from 1992, and then 2002's A Gift From A Flower To A Garden, which contains a wondrous widescreen treatment of "Wear Your Love Like Heaven" by My Morning Jacket. (That song, sadly, is not represented on Gazing.) So what explains these multiple looks? What makes Donovan Leitch, now 69, so ripe for this treatment? It could just be timing: Maybe if a star's songs hang around long enough, they get to experience multiple cycles of success followed by derision followed by rediscovery?

It could be because Donovan's songs occupy a particular place in the highlight reel of the '60s, embodying idealism that's now mostly gone from the pop conversation. Both through the vaguely mystical lyrics and the irrepressible melodies, his works exude indefatigable optimism. They radiate possibility, innocence and openness — all the flower-child notions associated with '60s psychedelia. These earnest qualities were pretty much swept away by the riptides of punk and the rise of irony in pop culture, and in the best moments of this tribute, the artists work with great determination to reclaim them. These are not flower children; they might not even be idealists. They're not aiming to make quaint throwbacks. They are, however, students who believe in the peculiar alchemy of the pop song, and they've learned, through their own work, just how difficult it is to conjure. Donovan himself said it best: Might as well try to catch the wind.