Accessibility links
An Exuberantly Dark First Novel Explores The Chaos Of Central Africa Fiston Mwanza Mujila's novel, Tram 83, is a freewheeling tale about life in an imaginary place inspired by the author's home country, the Democratic Republic of Congo. Critic John Powers has a review. 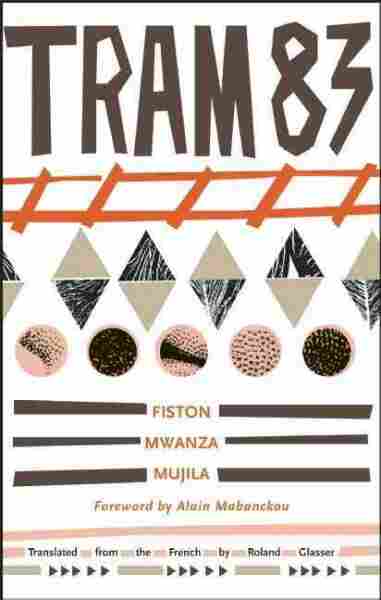 If you asked me the scariest place I've ever been, I would instantly say the Democratic Republic of Congo, formerly Zaire, whose cruel past has led to a disastrous present. I'll never forget lying in my hotel bed and hearing the nightly machine gun fire on the nearby streets. And this was during peacetime, not during Congo's two largely ignored wars of the 1990s and early 2000s that killed three times as many people as the current wars in Iraq, Afghanistan and Syria combined.

I've read a lot about Congo, but nearly always by outsiders. So I was excited to get my hands on Tram 83, an exuberantly dark first novel by Fiston Mwanza Mujila, a 34-year-old writer who was born in Lubumbashi, a teeming city in southeast Congo, but now lives in Graz, Austria. Evoking everyone from Brueghel to Henry Miller to Celine, Fiston — as he's known — plunges us into a world so anarchic it would leave even Ted Cruz begging for more government.

The hero is Lucien, a struggling writer fleeing the hinterlands. He arrives by train in an unnamed city-state, run by a warlord, where foreigners come to pillage the mineral resources and exploited locals struggle to survive — if they're lucky, they eat dog-meat kebabs. Lucien is met at the station by his old pal, nicknamed Requiem, who we quickly grasp is involved in some sort of dodgy business.

Requiem takes Lucien to the city's true crossroads, a music-filled nightclub called Tram 83 that caters to immediate pleasure and boils with all manner of humanity. In this socially stratified African Weimar, you find tourists and greedy globalizers from the multinationals. You find weary miners, unpaid civil servants and unemployed college grads. You find grifters and drug dealers and hookers, many of them so-called baby-chicks, underage girls who, like everyone else, are just trying to keep alive.

Where the cynical Requiem wallows in Tram 83 — he has no interest in the past or the future — Lucien is a former history student who unnerves the club's denizens by constantly scribbling in notebooks and working on a progressive play to be produced in Paris. Fiston uses the pair's picaresque forays into society's underbelly to test which of their approaches to reality will win out. Will the amoral Requiem get his moral comeuppance or will the idealistic Lucien succumb to all the heaving flesh? Or, given the inescapable chaos, does it even matter what individuals believe? 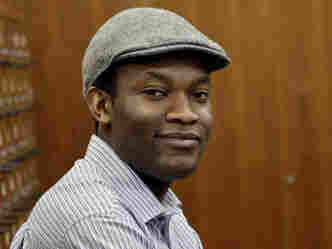 Now I realize that Tram 83 may sound bleak, like those earlier classic novels about Congo, Joseph Conrad's Heart of Darkness, whose title says it all, and V.S. Naipaul's A Bend in the River, with its cheerless opening line, "The world is what it is." Certainly, Fiston has no doubts that Congo is what it is. It's a place where, as Requiem says, "the mightier crush the mighty, the mighty defecate in the mouths of the weak, the weak sequestrate the weaker, the weaker do each other in, and then split for elsewhere."

And yet, the book's not a downer. When I traveled in Congo, I was always amazed by the vitality that shimmered through even the most downtrodden slums. Fiston captures that surging life-force, too. If his portrait of Congo makes it appear socially and politically hopeless, what's hopeful is the spirit of his writing, which crackles and leaps with energy. Rather than moralize, he transfigures harsh reality with a bounding, inventive, bebop-style prose, translated from the French with light-footed skill by Roland Glasser.

Fiston evokes the textures of the city in all its deliriousness, blowing marvelous riffs on everything from the sleaziness of foreign visitors to the differing shapes of streetwalkers' buttocks to the way the poor patrons of Tram 83 like jazz, because it's so classy. Virtually every scene is punctuated by the come-ons of the prostitutes — too lewd to quote here — that serve almost like a Greek chorus repeatedly saying, "Live for now, live for now, live for now."

And are they right? Fiston thinks not. But he also pretty clearly doesn't see any way of living for the future in Congo, whose essence is embodied in Tram 83, where everything and everyone is for sale. The best you can do, his book suggests, is get the heck out of there — and then tell the world what you saw.