Accessibility links
'Pan' Asks The Odd Question: What Happened Before The Fun Started? Do you really need to know what happened to Peter Pan before his life became magical? Pan suggests the answer is, "Not really."

'Pan' Asks The Odd Question: What Happened Before The Fun Started?

'Pan' Asks The Odd Question: What Happened Before The Fun Started? 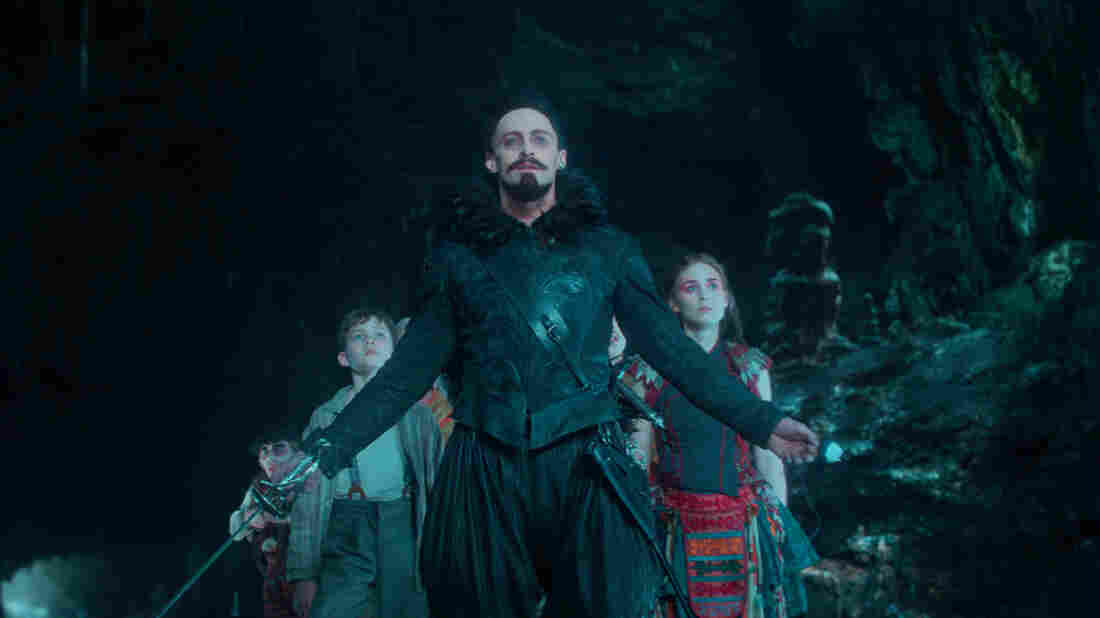 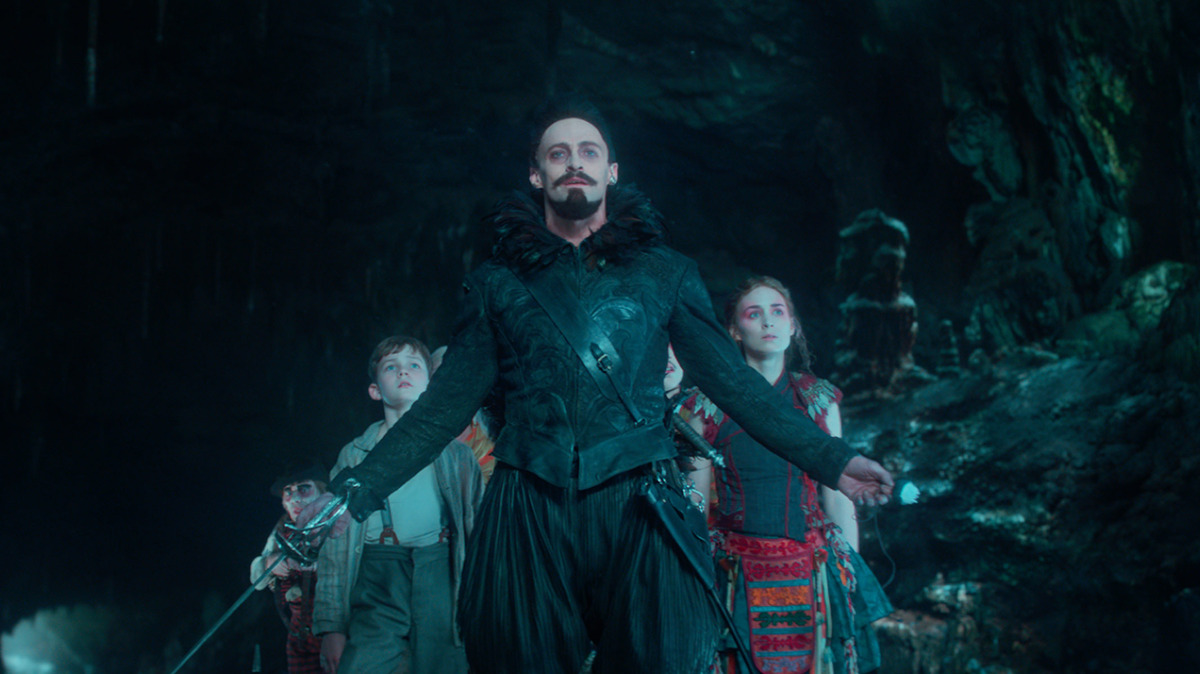 A 12-year-old Peter (Levi Miller), with the help of the warrior Tiger Lily (Rooney Mara), must defeat the pirate Blackbeard (Hugh Jackman) in Pan.

"Sometimes, friends begin as enemies. And sometimes, enemies begin as friends. Sometimes, in order to truly know how things end, we must first know how they begin."

So opens the storybook narration to Pan, the calamitous live-action expansion of J.M. Barrie's Neverland mythos. And so does the film commit its original sin. We are not required, in fact, to know how Peter Pan became Peter Pan or Captain Hook became Captain Hook or what Neverland looked like before Wendy Darling and her brothers arrive with the promise of eternal childhood. Peter Pan has done just fine as a literary and cinematic adventure without readers or audiences needing to understand where he came from and how he learned to fly. To put it in the film's terms: Sometimes, classic stories don't benefit from re-imaginings or embellishments. Sometimes, it's not worth knowing what happened before the fun starts. Sometimes, such mysteries are best left alone.

Pan doesn't fail for lack of trying, but rather the opposite. Director Joe Wright has always been an exceptionally bold stylist, and it's paid off most of the time: In the emotional robustness of his Pride & Prejudice adaptation with Keira Knightley, in the celebrated Dunkirk Beach tracking shot from his World War II film Atonement, in the propulsive zip of his Euro-thriller Hanna. But a world as densely populated as Neverland doesn't need the outrageous flourishes Wright piles on top of it, and it bends from the weight of all that too-muchness. The action is so frenetic, the eye doesn't know where to go.

It certainly doesn't go to the Peter-who-would-be-Pan, played capably by Levi Miller, but not with enough magnetism to hold the center. We begin at the beginning, with baby Peter left at an orphanage by his mother, who tearfully promises a brighter destiny for both of them. The film then cuts to Peter as a 12-year-old during World War II, still feasting on pasty oatmeal and the scowls of his caretakers and dreaming of a better place. He and other boys in the orphanage get a cruel deliverance when Blackbeard (Hugh Jackman) swoops down one night on his flying pirate ship and sets sail for Neverland, where the enslaved kids are forced to mine for pockets of crystallized fairy dust.

The fairy dust looks like the meth that circulated in Albuquerque before Walter White offered the pure blue stuff, and the child-slaves greet Blackbeard with an a cappella version of "Smells Like Teen Spirit" that's even bleaker than Kurt Cobain's original. Wright must have imagined that he was making Moulin Rouge, inserting pop classics in a world where they're playfully incongruous, but the dirge-y choruses of Nirvana and The Ramones' "Blitzkrieg Bop" are more oppressive than whimsical.

While it's often enormously effective for a family film to venture to a dark place before delivering audiences to a brighter one, Pan never quite gets there, despite a plot that sends Peter on an adventure with Neverland native Tiger Lily (Rooney Mara) and his future nemesis, James Hook, whom Garrett Hedlund plays as a swashbuckling Indiana Jones. He encounters mermaids and fairies and fulfills the terms of his stock "chosen one" designation by helping to make Neverland a more habitable place for the forever young. But the sustained intensity and busyness of his journey rarely pauses for moments of genuine wonder, despite touches like colorful plumes of gunpowder or giant sea bubbles suspended in the air like gelatinous aquarium tanks.

Pan finally does arrive at a place when the fun really starts, and that's the very end of the movie, when it's mostly caught up to J.M. Barrie. The lesson here is that world-building is hard work and not nearly as entertaining as playing around in that world once it's been established. Just as no one arrives at a wedding three hours early to marvel at the placement of linens and flower arrangements, there's no appeal to seeing Peter before Pan. Despite its strenuous efforts, it's a conceptual puzzle the film cannot solve.

The original version of this review incorrectly referred to Hugh Jackman as Hugh Jackson.