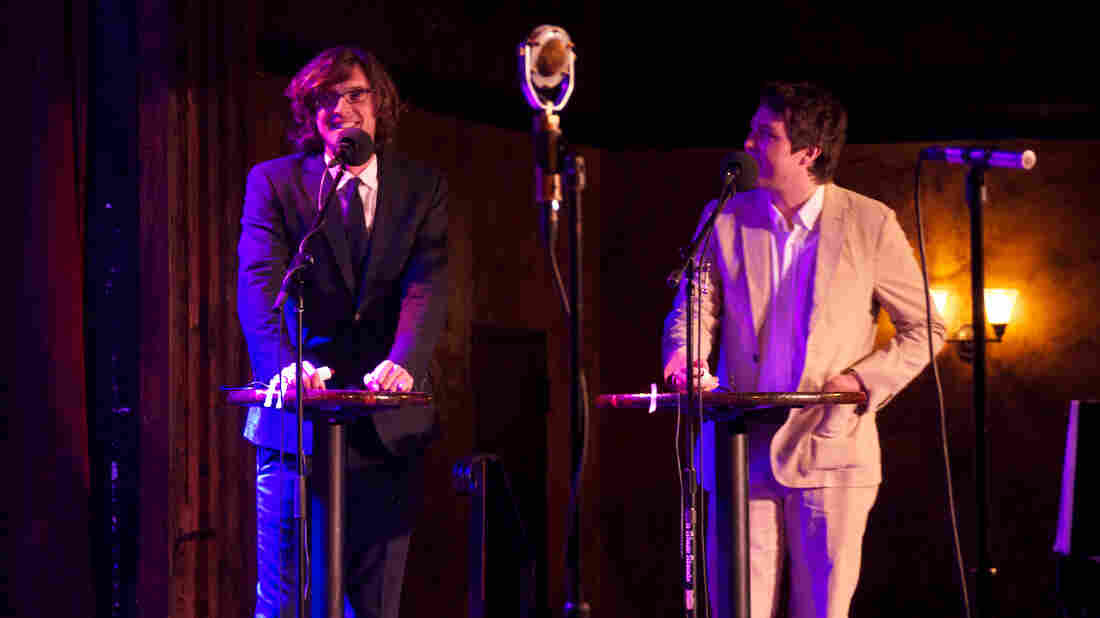 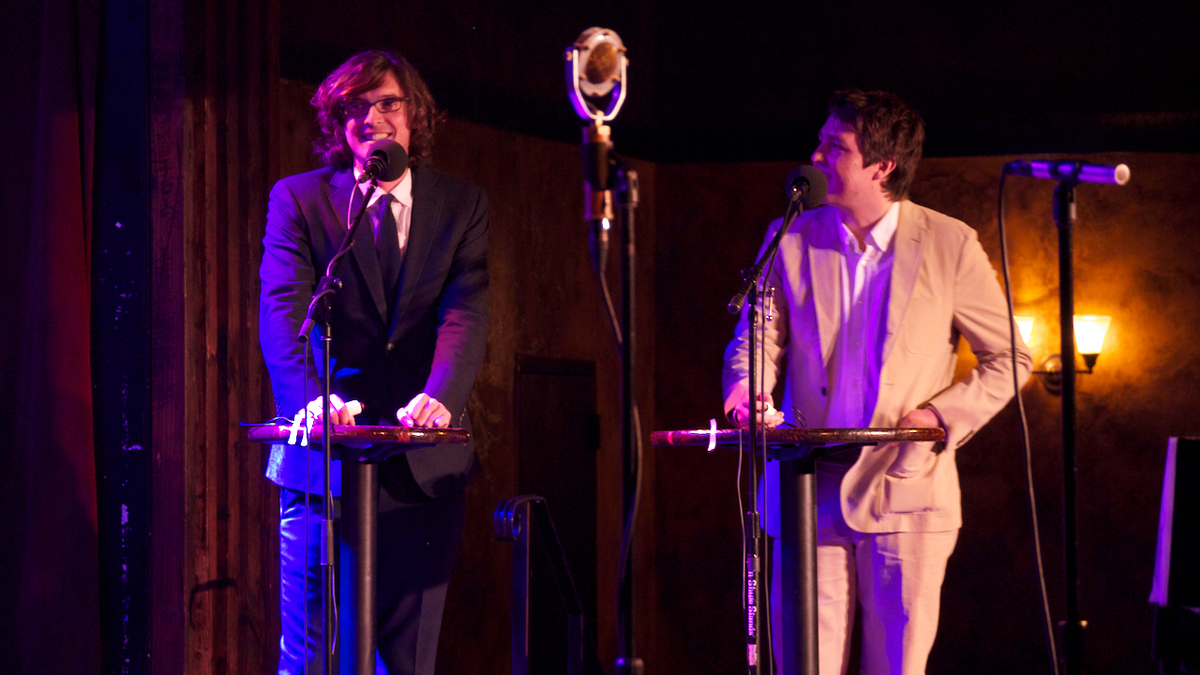 Like Simon & Garfunkel, the legendary folk act they're often compared to, The Milk Carton Kids have a timeless quality to them. But the duo didn't start their careers working together.

"We were both struggling artists," Ryan told host Ophira Eisenberg, "and 'artists' is a generous term [for it]." At that show, Pattengale played a song he'd written from the perspective of a dead dog. "I just knew the kind of uplifting material we could create together was going to be commercially viable," Ryan joked.

Since that fateful meeting, the pair have released four studio albums to much critical praise. Their 2013 album The Ash and Clay, was nominated for a Grammy in the folk category, and the duo was featured in a documentary by T Bone Burnett & The Coen Brothers about the music behind the film Inside Llewyn Davis.

As far as band names go, "The Milk Carton Kids" is pretty dark. "I like it," Eisenberg said, "but when you tell people your name, I'm sure it doesn't strike everyone as dark." "Thank you," Ryan replied. "It's supposed to be dark, but when you get on a plane with your guitar and the flight attendant asks the name of your band and you say 'The Milk Carton Kids,' 100% of the time they say, 'Aw, that's cute.'"

For this episode of Ask Me Another, Ryan and Pattengale performed two songs off their most recent album Monterey. Plus, we had Pattengale quiz Ryan on famous Seinfeld catchphrases.

"I always thought it would be really rewarding to be in a duo." -Ophira

"We travel around in a pocket of calm." -Joey

"Joey doesn't have much of a personality, as you can tell." -Kenneth

Heard in The Milk Carton Kids: No Expiration Date

From The New Yorker: Great Escape