Accessibility links
In 'Gap Of Time,' Shakespeare Is Updated, But Not Upstaged Jeanette Winterson's retelling of The Winter's Tale includes hedge fund managers and a New Orleans setting. But critic Annalisa Quinn says the book doesn't quite stand on its own. 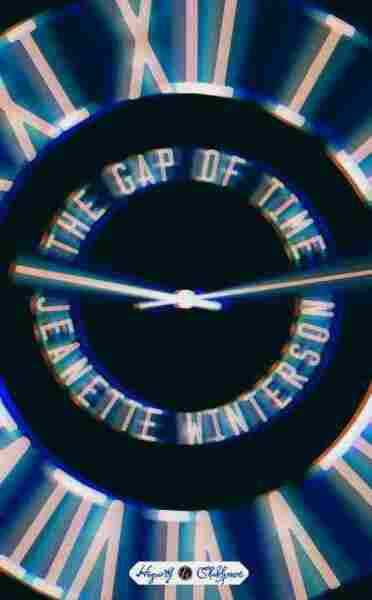 The Gap of Time

Terrible jealousy, an oracle, a lost child, a living statue, miraculous redemption: The Winter's Tale is one of Shakespeare's most mythic and magic plays. It is a story, as the characters like to say as strange occurrence follows strange occurrence, "like an old tale."

Even then it was an old tale, one Shakespeare lifted from Robert Greene's 16th century prose work Pandosto. As with so many of Shakespeare's stories, his play is itself just one link in a line of mutations and adaptations and experiments with an older story. Now Jeanette Winterson, continuing a long tradition of riffing on these stories, has adapted Shakespeare's play into a new novel, The Gap of Time, the first in a series of Shakespeare covers by the publisher Hogarth; other plays will be retold by other writers, including Edward St Aubyn, Margaret Atwood and Howard Jacobson. The Winter's Tale, Winterson writes in an authorial aside, "has been a private text for me for more that thirty years." Like the play's Perdita, she was adopted: "It's a play about a foundling. And I am."

In The Winter's Tale, King Leontes of Sicilia suspects his queen Hermione of an affair with his childhood friend, King Polixenes of Bohemia. Polixenes flees but Hermione is imprisoned, and gives birth to a baby girl. Leontes sends the baby to be exposed on the wild shores of Bohemia, and consults the Delphic oracle for confirmation of Hermione's infidelity. The oracle returns, vindicating Hermione, but it is too late: their older son falls ill and dies, the baby girl is lost, and Hermione dies of grief. This is the first half of the play; a repentant Leontes sinks into mourning.

The curtain reopens 16 years later in Bohemia, where the baby, Perdita, has been found by shepherds, and has fallen in love with the Polixenes' son, the prince Florizel. When they are discovered by the King, who objects to his son marrying a shepherdess, they flee to Sicilia, Polixenes in pursuit. Leontes realizes his daughter is found, and the families reunite. Reconciled, they go to see a new statue of Hermione. As they stand awestruck by the statue's resemblance to the dead queen, it begins to move. Hermione is alive. That is Shakespeare's version.

In Winterson's retelling, Leontes is Leo, hedge fund manager at a company called Sicilia, Polixenes is Xeno, gay video game designer, and Hermione is Mimi, lovely French songstress. Bohemia is in Louisiana, and Perdita is left in a BabyHatch to be found by strangers.

Readers unfamiliar with the play will gain little from Winterson's retelling: her characters are incorporeal without Shakespeare's characters standing behind them. Although it is billed as a cover version (and a good cover can stand on its own), this novel relies on the play for its heft. For those who know the original, The Gap of Time is a nuanced and elegant reading of Shakespeare's play. It answers one of the play's central puzzles: why should Leontes be suddenly deranged by jealousy, without any provocation? He is not Othello: there is no Iago to provoke him, no tell-tale handkerchief or wicked plot.

In The Gap of Time, Leo and Xeno were childhood lovers, and Xeno and Mimi are a little bit in love, even if they are not having an affair. Each member of the trio loves the other two. The rage Leo feels is jealousy but also desire: he imagines them together ceaselessly. He's enraged, turned on and miserable with love for them both.

There is a touch of this in the way Shakespeare's Leontes lets images of his wife and best friend play relentlessly in his mind: there's a kind of relish in it. Assured that the affair is in his imagination, he answers, "Is whispering nothing? / Is leaning cheek to cheek? Is meeting noses? / Kissing with inside lip...Is this nothing? / Why, then the world and all that's in't is nothing, / The covering sky is nothing, Bohemia nothing, / My wife is nothing, nor nothing have these nothings, / If this be nothing." Winterson spins Leontes' lust and misery and jealousy into a convincing, elegant backstory.

But this novel has too much cleverness and not enough heart to be independently moving. We don't feel the enormity of Hermione's loss or the enormity of her redemption. Mimi is glamorous but lacks Hermione's devastating dignity and grace. Perdita's interiority is merely gestured at, implied by the fact that she likes to read. And Pauline, who in the play is the faithful and fiery servant Paulina, is inexplicably and cartoonishly Jewish, full of stereotypes and Yiddish phrases, and nowhere close to Shakespeare's ferocious and towering character.

Winterson's version is smart and graceful (if mannered), but a good production of The Winter's Tale inspires awe: it makes an audience gasp at the twitch of Hermione's stone fingers. You feel like you've seen a miracle, earned through staggering suffering. And that awe, that gratitude, that sense of unworldly magic and impossible second chances, belongs to Shakespeare's play alone.