'Secret Chord' Sings A New Song About An Ancient Hero

'Secret Chord' Sings A New Song About An Ancient Hero 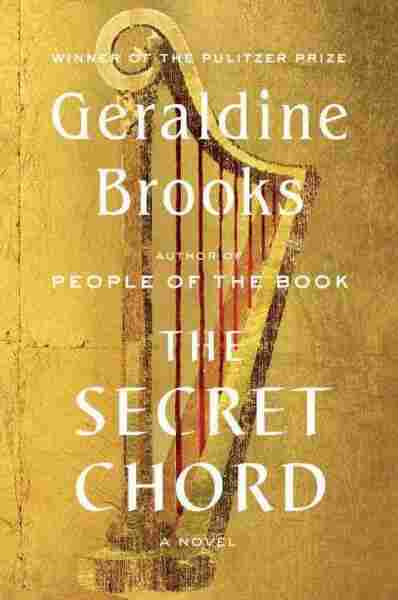 Two kinds of readers might exult over Geraldine Brooks's biblical epic about the life of King David, The Secret Chord. The first can cite chapter and verse of the Good Book. The second craves the resonance of the best historical fiction. Both will relish this new novel, which brings alive the Old Testament world of a thousand years before the Christian era.

The story is narrated by Natan, a prophet better known today under the name Nathan. Brooks initially unsettled me with her name spellings from the Hebrew — we read of Shaul rather than Saul, and Shlomo rather than Solomon — but in the end the effect is to intensify the historical flavor.

Brooks employs a regal, rolling style for the words that she puts into Natan's mouth, describing David. "A man who dwelt in the searing glance of the divine, but who sweated and stank, rutted without restraint, butchered the innocent, betrayed those most loyal to him."

Natan has been assigned by David himself to write the chronicle of his life, and this book, so goes the conceit, is the result. It's a tall order to breathe life into such a human being, and Geraldine Brooks manages it admirably. "David must have actually existed," she explains in an afterword, "for no people would invent such a flawed figure for a national hero."

And David is flawed: The subject-chronicler relationship gets off to a violently rocky start when the future king, at that point a desert marauder, sacks Natan's village, slaughters his father, then abducts the 10-year-old boy. Natan winds up a faithful servant nonetheless. He spouts prophecies that give him headaches and fainting spells. His first vision promises David a throne and an empire — a good enough reason for the lion-cloaked young man to take the boy on.

David is like Dylan and Schwarzenegger rolled into one. Long before he becomes king, the adoring populace labels him "the sweet singer of Israel." Natan says he had heard David's singing voice "on the battlefield, fierce and wild, carrying over the clash of arms and the cries of the dying." His harp is one for all occasions, strummed in battle, interrupting confabs with generals, composing hymns for his own coronation. Compare it with Barack Obama's celebrated performance of "Amazing Grace" at the Charleston memorial.

Brooks' writing is fulsome, some would say purple. She doesn't stint on the gory details — describing at one point a gutted warrior who "fell backward off the narrow ledge and rolled down the slope, his entrails unfurling after him like a glossy riband." I liked many of the physical facts, such as Natan scraping with pumice the calfskin upon which he would write. We are told the difference between a dye called tekelet, a blue purple, and argaman, a warmer, reddish hue. The language and terminology are so precise that they make these old-world physical facts new-world believable.

David's community calls itself the People of the One. They refer to their god as the Name. They have faith that the land on which they do battle has been promised to them. They also know that David — jester, predator, gangster of love, conqueror and poet — will lead them to a united Israel. He is forgiven his "love so strong" for King Shaul's son Yonatan, that "flouted ancient rule." Eight wives and countless courtesans produce many children, but only one Shlomo. At the end of the book, Batsheba's son succeeds David on the throne. By then David is 70, palsied, his mind "dazed and baffled." But the light of his power has not dimmed to where he cannot anoint his son.

Songwriter Leonard Cohen's "Hallelujah" provides Brooks with the title for the book: "Now I've heard there was a secret chord/That David played and it pleased the Lord." Traditionally, King David composed many of the biblical psalms, but he can't be contained in a single word like "psalmist," "king" or "warrior." He is more than the aggregate of his roles. Geraldine Brooks gives the whole king his due. Goliath was just tall. David was the real giant.