Accessibility links
StoryCorps Surprised by a mental health crisis, Andrea Crook refused medication — until her grandfather called. Her illness inspired him to reveal an old secret, which "changed everything," she says. 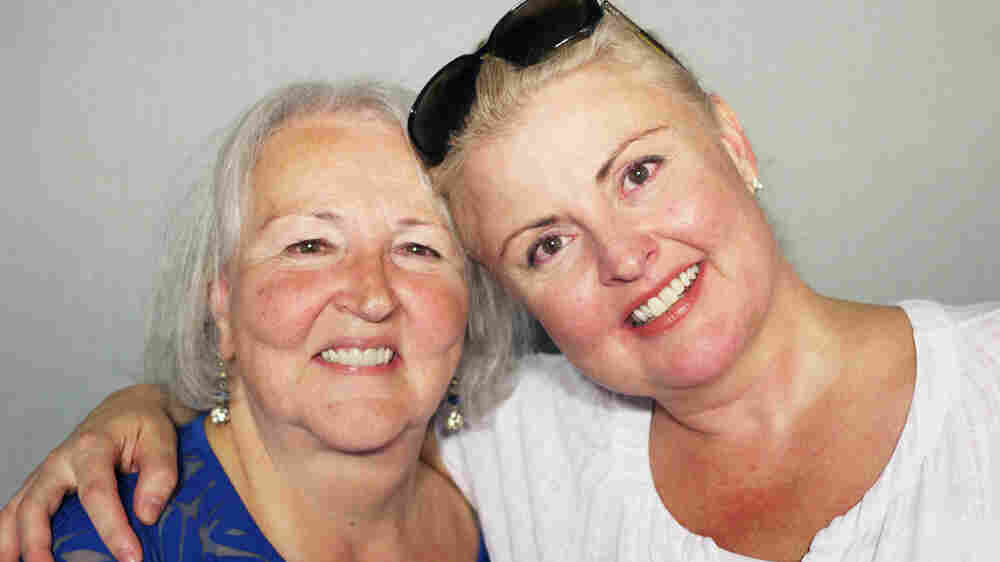 Marilynn Hillerman with her daughter, Andrea Crook, on a visit with StoryCorps. StoryCorps hide caption 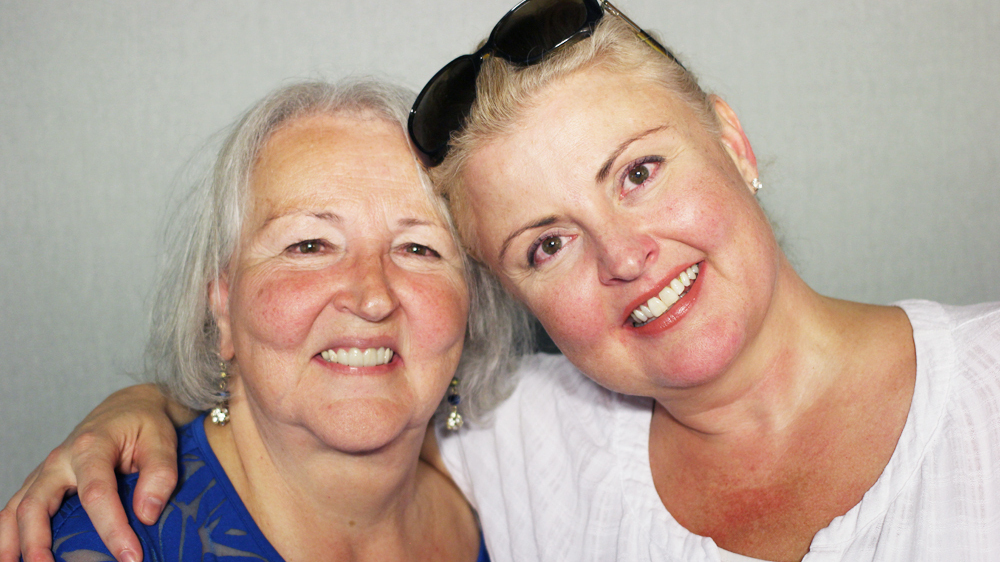 Marilynn Hillerman with her daughter, Andrea Crook, on a visit with StoryCorps.

Shortly after she left Northern California for Los Angeles, Andrea Crook began to experience things she'd never felt before: paranoid thoughts, delusions, erratic behavior. It was the first time she had shown symptoms of mental illness.

"I remember the phone rang and, you know, we talk a lot on the phone," recalls her mother, Marilynn Hillerman, on a visit with Crook for StoryCorps. "But the tone of your voice was so different that I don't think I've ever been more frightened in my entire life. You were asking me where your father was because you thought he was going to kill me."

"It was really real to me at the time," Crook says.

Hillerman was so worried for her daughter's well-being, she says, she didn't even pack a suitcase; Hillerman just got in the car and drove from Sacramento to L.A., desperate to get to her daughter as quickly as she could.

And when she got there, Hillerman knew immediately that something was wrong. She urged her daughter to go home with her, though Crook resisted at first — and again, in a terrifying scene on the road.

"I remember agreeing to go in the car with you," Crook says, "and when we got onto the freeway I just panicked, and I felt like I needed to get away." I remember crawling out the window on the freeway, and I remember seeing, like, a Mack truck right on the side of us. I remember you grabbing me, and I remember biting you."

Hillerman had to call the police, to get an escort to the hospital.

For two weeks, Crook says, she was refusing medications. It wasn't until a phone call from her grandfather that Crook began to see things differently. "Andrea," he told her, "I want you to know that I've been there."

The statement was a shock, even for her mother.

Hillerman says, "I had no idea that my father had been hospitalized himself before I was born, for a year."

"He was institutionalized. He was catatonic," Crook says. "But he went on and got his Ph.D. in chemistry and was a professor for around 40 years. And so he said, 'You are not alone, and you need to start taking your medication.' It took him two weeks to give me that call."

"I think he'd spent a lifetime trying not to talk about it," Hillerman says.

And yet, because he finally did, Crook drew inspiration amid her struggle.

"That changed everything," she says. "I thought if he could do it, I could do it."

But Hillerman says her daughter gave the family something in return.

"I think you made our family grow, whether they wanted to or not, or were ready to or not. It didn't matter. Too bad. You know, like, in my family, everything was in the closet? You are not going to be in that closet," Hillerman says.