Accessibility links
'The Songs Never Die': Tony Bennett And Bill Charlap On Staying Power The two powerhouse musicians are teaming up to interpret the work of Jerome Kern. They join NPR's Scott Simon to discuss what makes a timeless pop song. 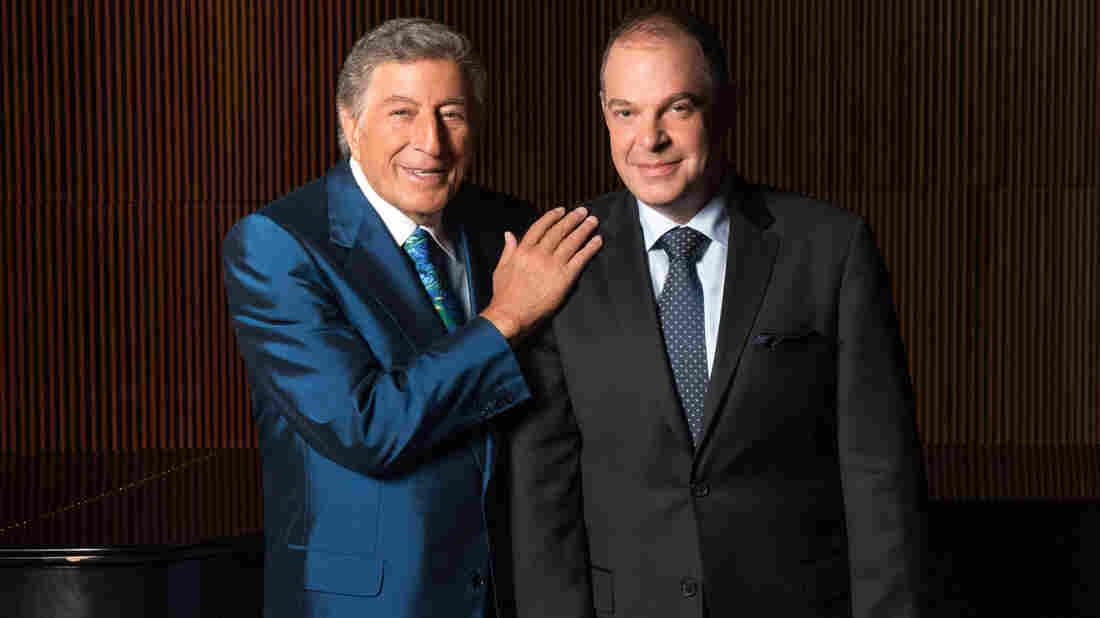 Tony Bennett and Bill Charlap's new album, The Silver Lining: The Songs of Jerome Kern, is out now. Courtesy of the artist hide caption 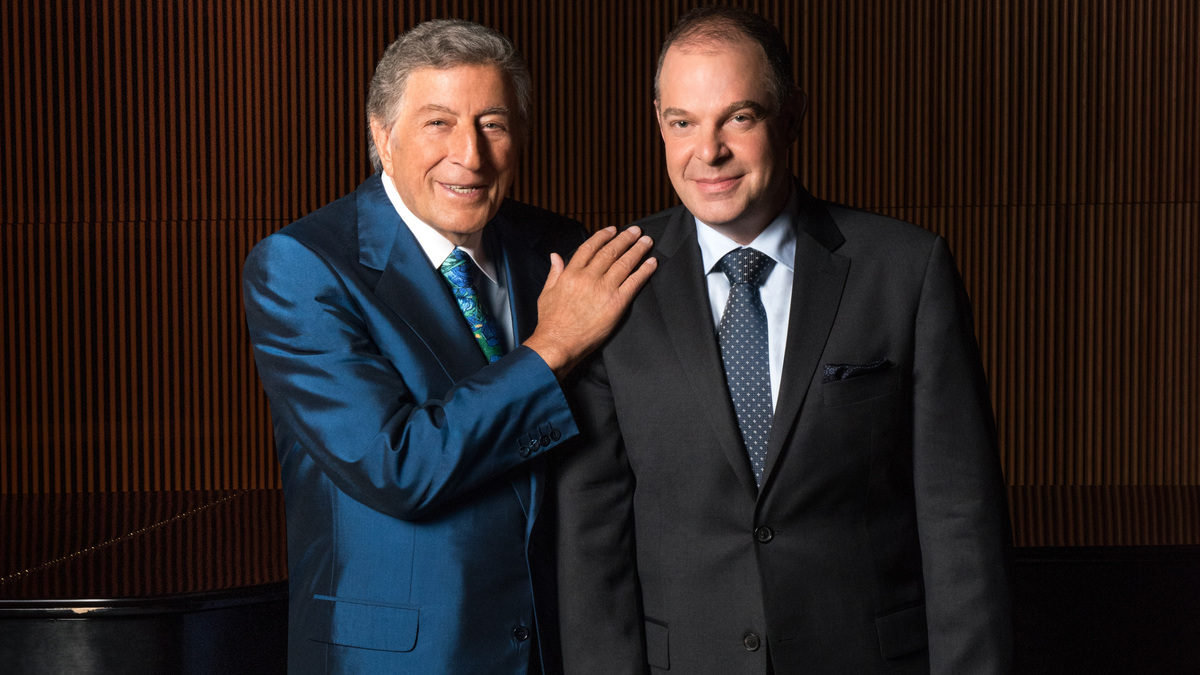 Tony Bennett and Bill Charlap's new album, The Silver Lining: The Songs of Jerome Kern, is out now.

Perhaps the most enduring interpreter of the American popular song, Tony Bennett is now teaming up with jazz pianist Bill Charlap to interpret one of the 20th century's most influential songwriters. The two artists recently joined NPR's Scott Simon to discuss their new album, The Silver Lining: The Songs of Jerome Kern. Hear their conversation at the audio link, and read an edited version below.

Tony Bennett: And he was the one who introduced all of the great songs that we love today, songs that will never die. It's a great thing that the United States has given the rest of the world — no other country has given such great popular music to the Far East and Europe. When I play those great countries, a lot of times, the audience starts singing the songs with me. They know them. They love them. The songs never die, and they become more and more beautiful as the years go by.

Simon: Let's talk about a song from this album, if we could: your version of Kern's "All The Things You Are."

Charlap: You know, what I was thinking as I was listening to Tony sing is, Tony is a painter. The way that the lyrics and the harmony and the texture meet each other between us when we're playing together, all of those things are extemporaneous — we're making them up as we go along. But there's really a sense of value that's like a painter choosing the colors and choosing the way that the lyrics and the story of the song is told.

Simon: Let me pick up the tempo a bit and talk about "I Won't Dance."

Bennett: In America, at the beginning of talkies, they pulled Fred Astaire from the theaters and put him on the screen, and had all of these great composers write songs for him. They call it the Great American Songbook; I call it the Fred Astaire Songbook because they were written for him.

Simon: When did you first hear that song?

Bennett: Well, just listening to wonderful jazz artists, they gravitate to songs like that. When I heard that one I just said, "Oh, that's one of them. That's one that will last forever."

Bill Charlap: I know what Tony's talking about. When I was a little kid, I asked Jule Styne a very auspicious question ...

Simon: [Laughs] Do you realize what a sentence that is? Sorry, I just wanted to remind you of the fact most of us don't have childhoods where we can ask Jule Styne anything.

Charlap: [Laughs] Well, I wasn't trying to flash my credentials — it just so happened to be true, and I remember wanting to ask just the right question. I was about 11 years old, and I was getting very interested in these songs.

I asked him, "What's the secret of writing a great popular song?" And he said, "It should be melodically simple and harmonically attractive." Now, I love what he said: He didn't say that it should be harmonically interesting or harmonically innovative, but attractive. And that's what Tony's talking about with a song like "I Won't Dance."

Simon: You know, Tony, I was struck by something I read about you recently in the New York Daily News. You're quoted saying you're still trying to find yourself.

Bennett: I was possessed with a wonderful example of my Italian American family. They would come over and join us every Sunday, all my aunts and uncles and nephews and nieces, and I would sing for them. I was 10 years old, and I was just saying, "Who am I? What am I supposed to do?" And they told me that they love the way I sang. It created a passion in my life that exists to this moment as I speak to you, that is stronger now at 89 than in my whole life. I still feel that I can get better somehow. And I search for it all of the time.