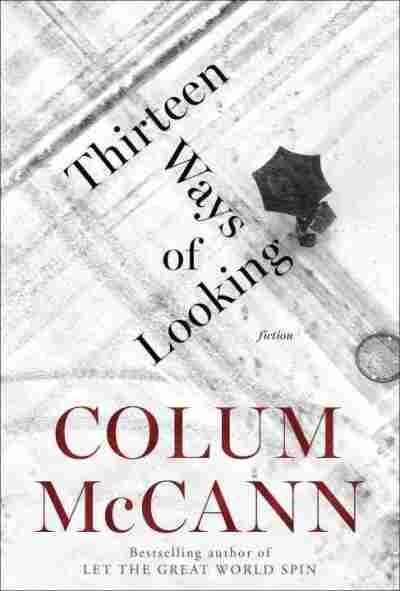 Colum McCann first won fans around the world with his bestselling novel Let The Great World Spin. The Irish author is now releasing a new collection of short fiction — a novella and three stories — called Thirteen Ways of Looking. They're tales that deal with parenthood, loss and just how arbitrary life can be. In one story, a mother searches desperately for her adopted and disabled son who has gone missing on coast of Ireland.

McCann tells NPR's Lourdes Garcia-Navarro that the stories were framed around a violent attack that he suffered. "This was a hard decision for me to make, whether or not I was going to talk about an incident that happened to me in New Haven in the summer of 2014, when I was assaulted from behind after trying to help a woman who had been assaulted in the street — I woke up a couple of hours later going into an MRI machine, and had a number of injuries. The funny thing was — if it could be funny — that I was in the middle of writing a novella where a man got randomly punched in the chest in a New York City street, and I suppose that the assault that happened in New Haven then began to creep into and color, and even give deeper texture to what I was writing at the time."

On that fatal fictional punch to the chest

It was almost like fiction preceding reality, and then reality then putting a map back upon my fiction, in a way. The one thing I don't want is for this incident to define me, but I wanted to own it and be able to speak about it. It was amazing to me that when it emerged in some of the newspapers, I got letters from hundreds of people around the world, women in particular, who had been in situations where they had been assaulted, and they said the necessity of telling their story, of being able to speak out, was incredibly important to them.

On the idea that you can't be a child forever, but you will always be a parent

This particular link is played out in everyone's lives. And in one story in the book, which is called "Sh'khol," a mother searches for a word for a parent who has lost a child. And the amazing thing is that in the English language — as the Irish language, as French, as Spanish, there is no single word for a parent who has lost a child, no adjective. In Hebrew and in Arabic and in Sansrkit, there is — and so I used the Hebrew workd Sh'khol to title the story, as this woman searches for a way to describe the apparent loss of her son.

On whether being assaulted has made him less optimistic

That's something I have thought about, and the ability to tell about this has lifted me out of any sort of darkness — I'll be honest with you, I was a bit down in the dumps for a couple of months after this incident, but I lifted myself out of it ... there is a fantastic catharsis in the ability to say to somebody, your story is valuable, my story is valuable, let's try and share this experience with one another.