Accessibility links
Dance, Sing, Just 'Keep Moving,' Dick Van Dyke Tells Seniors As he approaches his 90th birthday, the energetic, award-winning actor shares his tips on how to enjoy aging — and has a new book to prove it. It's all about attitude and staying active, he says. 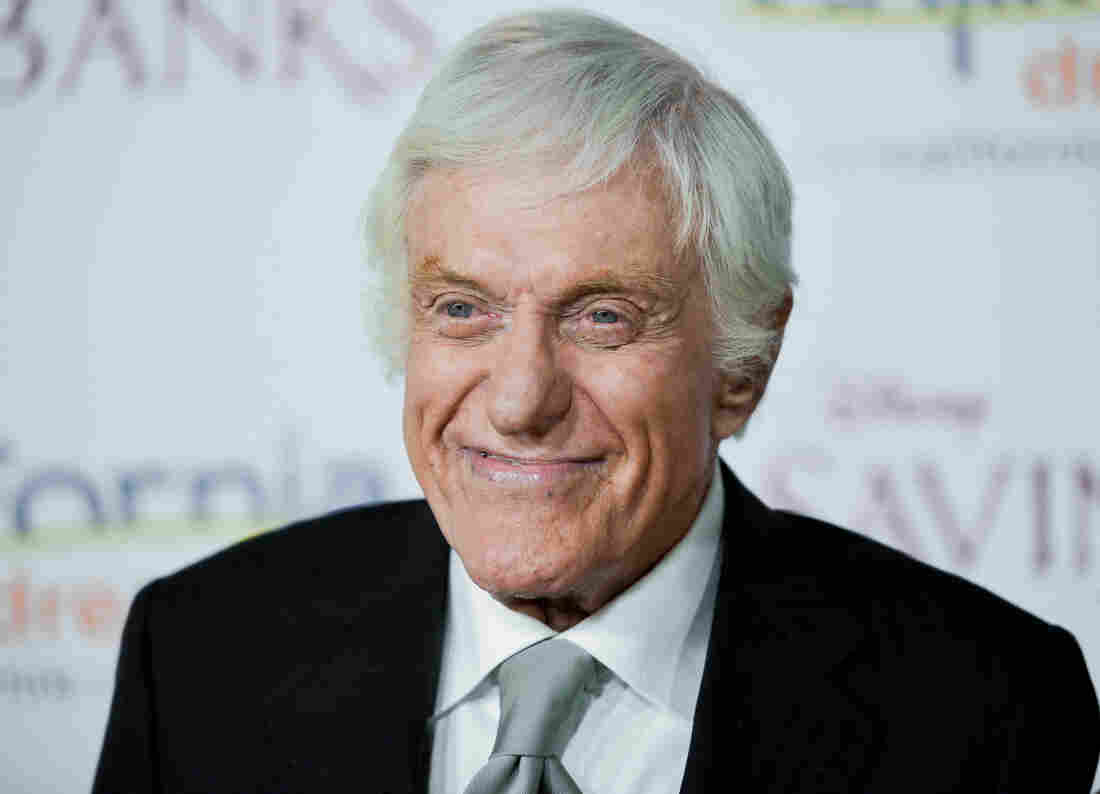 To mark his 90th birthday, Dick Van Dyke has published a book with tips on how to stay young. Richard Shotwell/Invision/AP hide caption 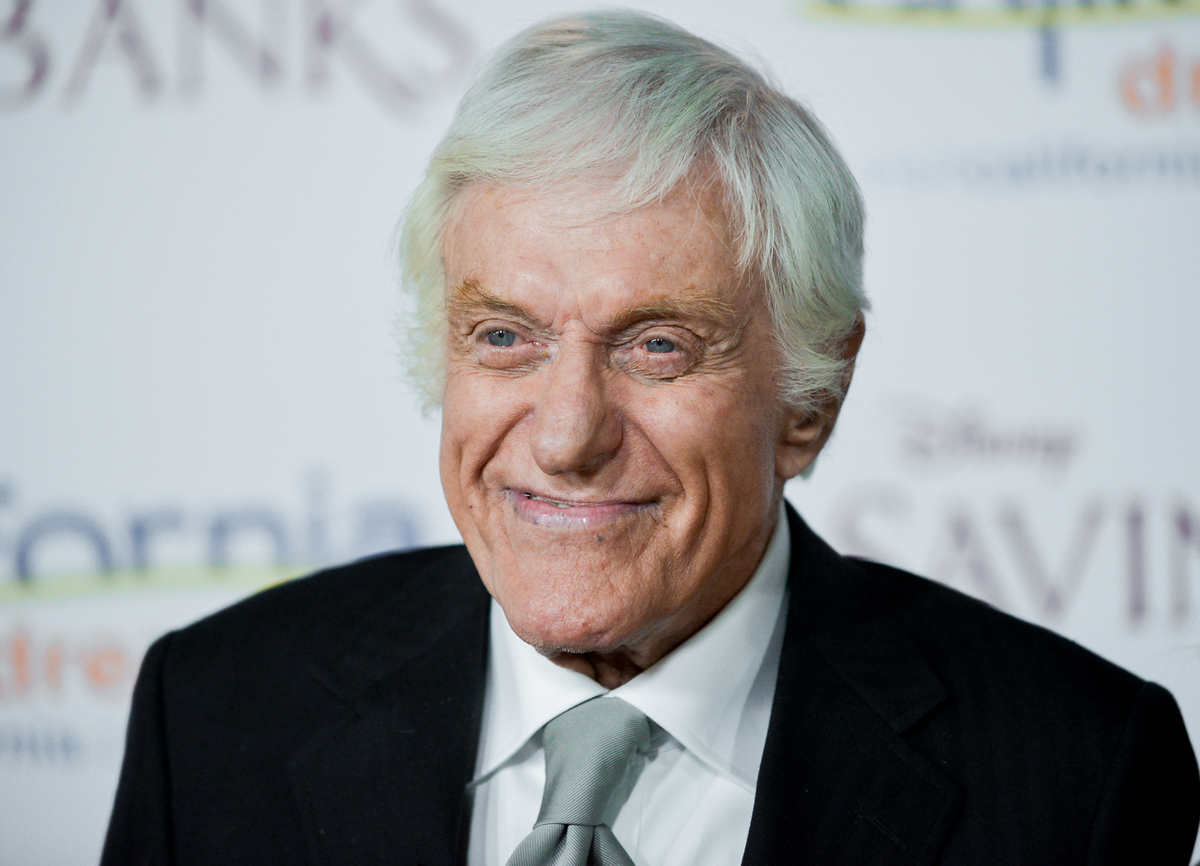 To mark his 90th birthday, Dick Van Dyke has published a book with tips on how to stay young.

From his roles in Mary Poppins and Chitty Chitty Bang Bang to the Dick Van Dyke Show and, most recently, the Night at the Museum movies, actor Dick Van Dyke has been in our collective consciousness for a very long time.

Though he seems to be ageless, the Emmy, Tony and Grammy Award-winning star turns 90 next month. And to help mark the occasion he's published a new book with author Todd Gold, Keep Moving: And Other Tips and Truths About Aging.

In Keep Moving, Van Dyke shares his advice about enjoying old age. It was a book idea prompted by his publishers, who noticed his spryness in comparison to his peers. At first, Van Dyke didn't think he had much of a book in him on that topic, beyond the title. Then, it "just flowed out of him," he says in an interview with NPR's Lourdes Garcia-Navarro. 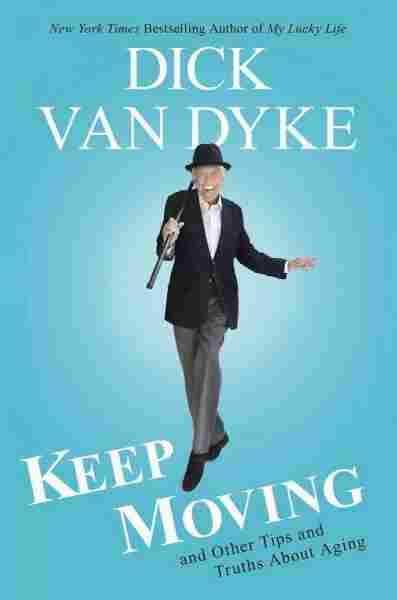 And Other Tips and Truths About Aging

On his top tips for staying young

Keep moving is the main thing. I think I reiterate three or four times in the book, "do not start going down the stairs sideways." It feels good on your knees but it throws the hips out and the back starts to go out, the next thing you know, you've fallen down and broken your hip. So even if it hurts a little, go down the stairs front-ways.

It's more in my nature to be optimistic, I think. I'm one of those people who gets up on the right side of the bed in the morning. I get up and have a cup of coffee and go to the gym before I talk myself out of it because I will as anybody will.

On keeping up with dancing

Oh yeah they caught me tap dancing out here in the lobby here – nice marble floor. Everyone should dance. And everyone should sing. People say, "Well, I can't sing." Everybody can sing. That you do it badly is no reason not to sing.

I have a beautiful, young wife who sings and dances, so there's a lot of duetting going on at my house.

On his friendship with longtime collaborator Carl Reiner, who says he has anxiety about dying

Oh my god, it goes back. Over 50 years, he's not only been my mentor and good friend, but possibly the best comedy writer who ever lived. But his worries about death – I've talked to some other people in my age group who seem to fear death. I think fearing the dying is the important thing. Once you're dead your worries are over.

I don't seem to have any fear of [death]. You have to realize that you do have a terminal condition, but I very much live in the present and I really don't worry much about it.

On any regrets or doing one thing differently

Well I would not have smoked or drank anything. I think that set me back. There are times that I feel like apologizing to my body for the way I treated it. I was doing an interview the other day, I said, "I'm not Jack LaLanne." I have all the infirmities that he has. I have arthritis and all those things, but I keep moving ... I didn't discover dancing and singing until I was in my 30s. It just happened out of nowhere. I regret that I didn't train a little or take some vocal coaching or something. But I just enjoyed what I had and had fun with it. If I had to go back, I'd train.

I sometimes forget that we're doing a great experiment here — 46 years difference. And we work at it to some extent, there's got to be some understanding, find out what old habits don't work anymore. It takes some adjusting and fitting in but that's part of the fun of it.

On the hardest part of getting old

Giving up the things that you enjoy doing. I can't handle the tennis court anymore. I can still run and dance and sing. You know, I made a habit of asking other people in their old age: of all the things you enjoyed doing when you were younger that you can't anymore, what do you miss? And some people mention golf or tennis. One woman said "I miss having lunch with the girls." But the people who said I wish I had made smarter business decisions, I think they're missing the point.

The point is to enjoy. You have to pick what you enjoy doing, what fulfills you, what interests you. And I realize that's not possible for a lot of people. As Thoreau said, a lot of people are living lives of quiet desperation. But almost anyone can find that one immersing hobby or pastime that they love to do ... and someone.