Accessibility links
Scrubbing A Trade Deal: Translators Get Behind The Ears Of The TPP What does it mean to "scrub" an agreement? Here's a look at the phrase "legal scrub" — and why it's significant to the Trans-Pacific Partnership. 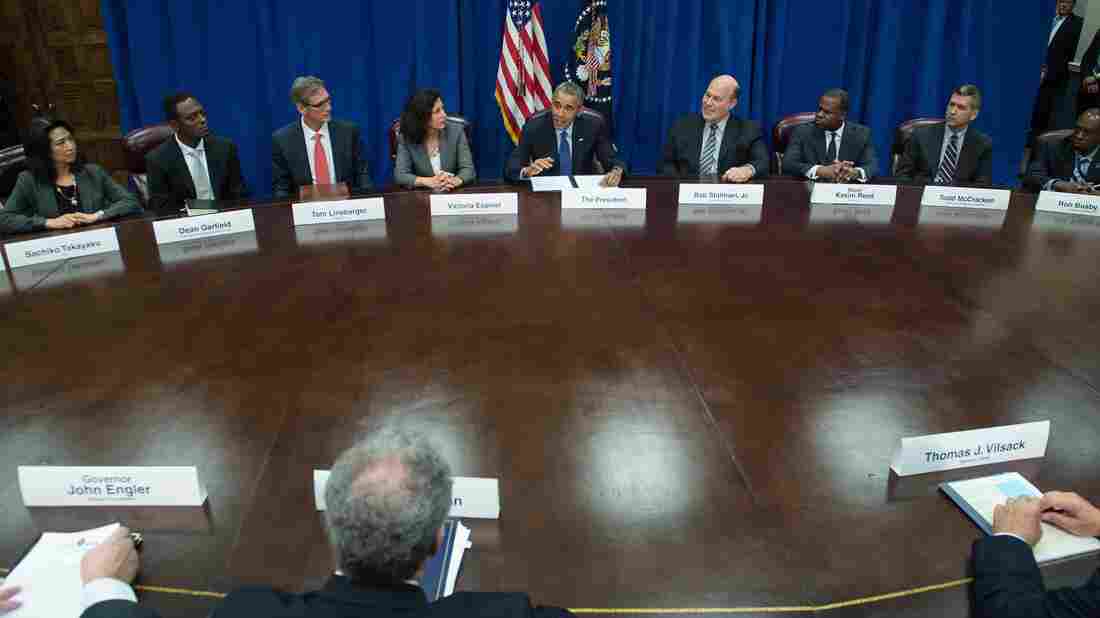 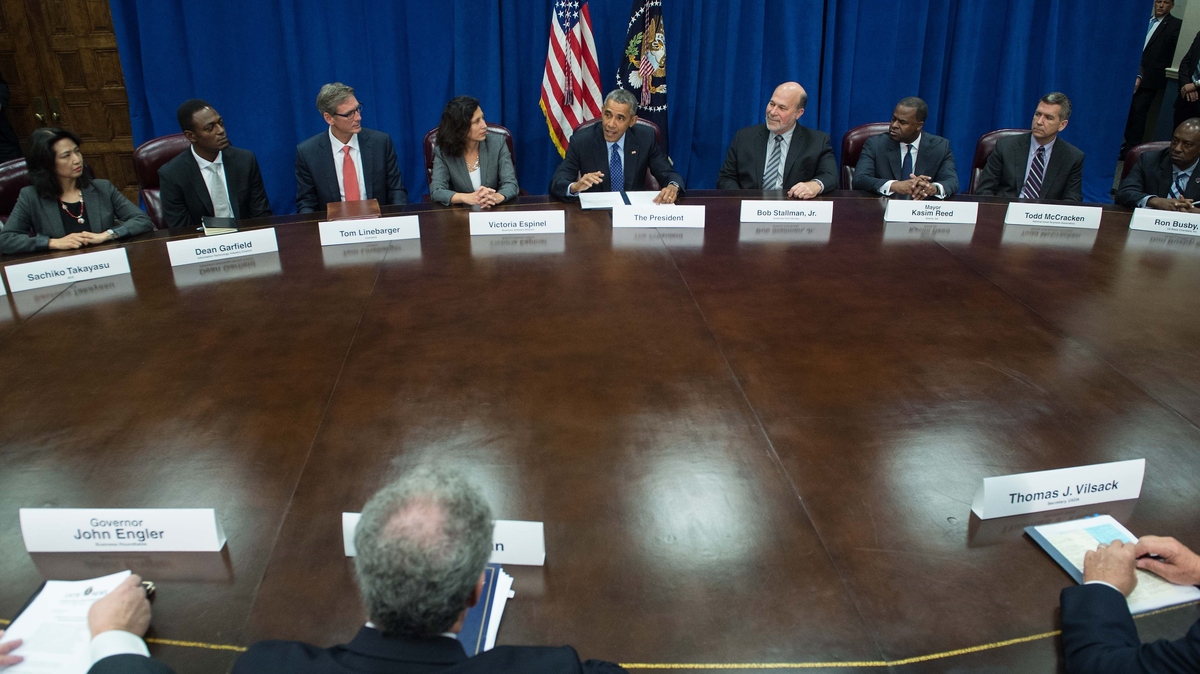 President Barack Obama speaks about the Trans-Pacific Partnership, or TPP, at the Agriculture Department in Washington, D.C., on Oct. 6.

Ever since the Obama administration announced last week it had agreed to a massive trade deal, called the Trans-Pacific Partnership, lawmakers have been saying they must review the agreement's specific language before passing judgment.

"Without having read it ... I'm going to reserve my time to read it," Sen. Orrin Hatch, R-Utah, told NPR when asked whether TPP would win support in Congress.

So, why don't members of Congress just take a look at the TPP? If the administration has signed off on the trade agreement involving the U.S. and 11 other Pacific Rim countries, then where is the document?

For now, it is indisposed while getting cleaned up.

But it's not taking a shower. Rather, the TPP is getting a "legal scrub."

That's the term used by the U.S. Trade Representative's office to describe the process that follows a handshake deal. Lawyers, translators and other staffers have to come up with the final, detailed language that ensures the deal is clear in each country.

The deal was closed on Monday, and later in the week, U.S. Trade Representative Michael Froman told reporters that scrubbing all of the words in a document covering 30 chapters may take about a month.

Then, the TPP will be made available online. Congress will have at least 90 legislative days to review it. Both the House and Senate must approve implementing legislation for TPP to take effect.

For now, everyone can see overview material posted by the USTR office.

Deciding whether to approve the TPP will be difficult for many lawmakers. Most business groups strongly support it, but labor groups, environmentalists and others — including many Tea Partiers — are fiercely opposed.

As long as the "scrubbing" goes on, the lawmakers can keep their hands clean of the TPP. But at some point in 2016, they will be pushed to make a decision. Most analysts are predicting the vote will happen between Easter and Memorial Day.