Accessibility links
Review: Neon Indian, 'VEGA INTL. Night School' On the band's new album, old and new technologies come together in a sly but seemingly sincere way, with throwback results that keep the prospect of a party in mind.

Note: NPR's audio for First Listens comes down after the album is released. However, you can still listen with the band's full-album video at the bottom of the page. 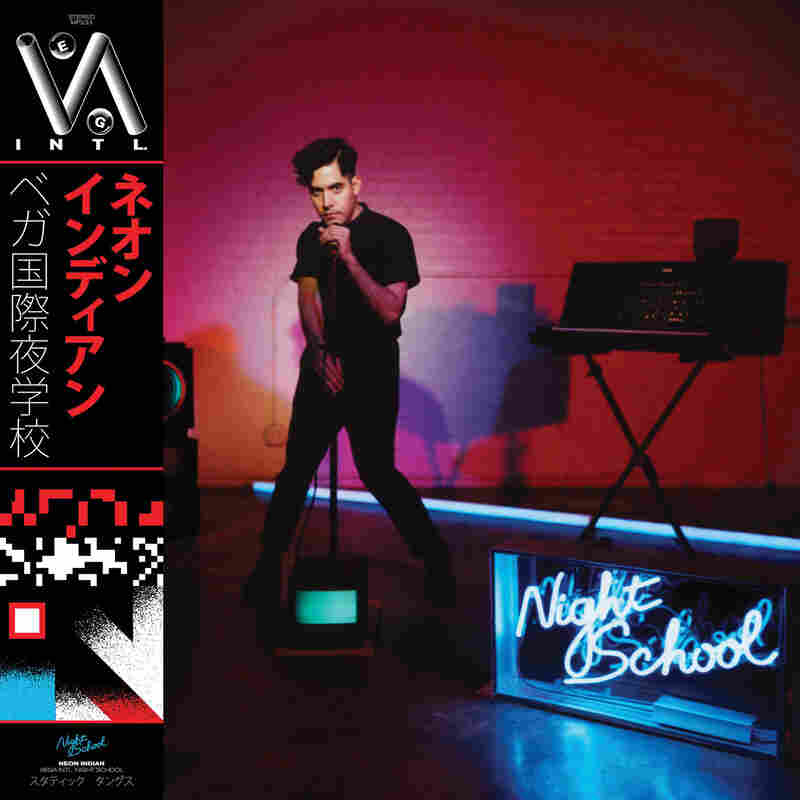 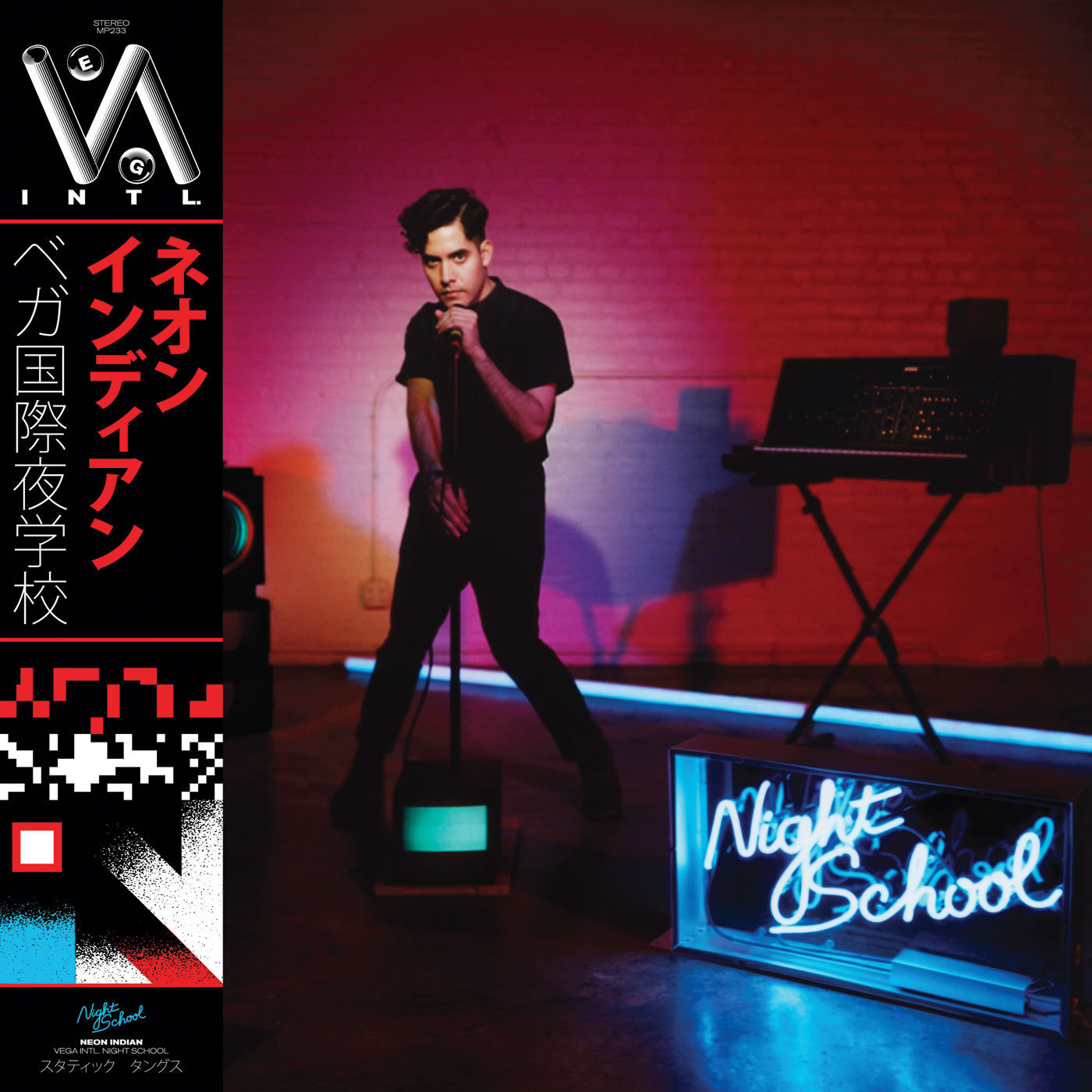 "Hey there, sexy," a saucy voice says on a hotline set up to promote Neon Indian's new album, in a sort of send-up of phone-sex festivity. Dial the number (512-643-VEGA) and, after sitting through a few lascivious intimations, a link gets sent by way of text to hear the new single from VEGA INTL. Night School. It's very Neon Indian: old and new technologies coming together in a sly but seemingly sincere way, with throwback results that keep the prospect of a party in mind.

"Slumlord," the song triggered by the phone call, is big and bright in a manner that peers back to Neon Indian's chillwave roots but with a newer — and bigger and brighter — sense of scale. The beat is thwacking and spacious, its disco ambiance aided by a bulbous bassline and a gaggle of synthesizers in arpeggiated action. There's a lot going on, and its antic metabolism carries over to much of the album, Neon Indian's third since breaking out in 2009 and its first since 2011's Era Extraña.

After a brief, roiling electronic intro, "Annie" kicks off the album in earnest with a laid-back quasi-reggae vibe that evokes contemporaries like Peaking Lights as well as throwbacks from The English Beat to Men At Work. The sleek, colorful electronic tinge of it all makes for a sound far better than the notion of "quasi-reggae" might suggest, and it introduces '80s-mining inclinations that are never too distant in the mix. "Street Level" follows in the style of a strange, sloshing pop song that seems to have more sounds clamoring within it than any one song could contain, before "Smut!" clears out a bit in favor of an airier, more leisurely groove.

The vocals of Neon Indian chief Alan Palomo sound smeary and diaphanous throughout, with occasional falsetto rises that tip toward Prince but more often strike a wandering tone that favors suggestive impressions of feelings more than clear words. ("Neoprene" and "magazine" figure in "Smut!" in a way that seems significant.) Within the mix of so many other animated sounds at play, the voice takes its place as just another presence at a party worth crashing.

Neon Indian has also created a psychedelic video for the entire album. The visuals were created by Sabrina Ratté: