Accessibility links
In The Midst Of War, A Boy Becomes A Soldier In 'Beasts Of No Nation' The new film tells the story of Agu, a young boy in an unnamed African country, who is conscripted into a regiment of child soldiers led by a coldblooded commandant played by Idris Elba. 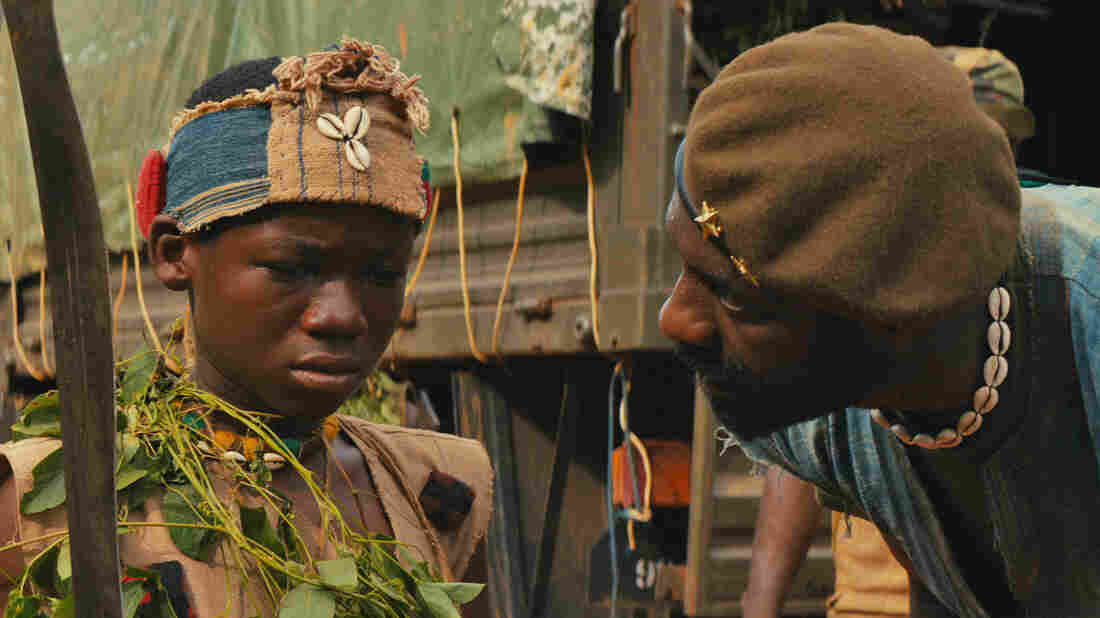 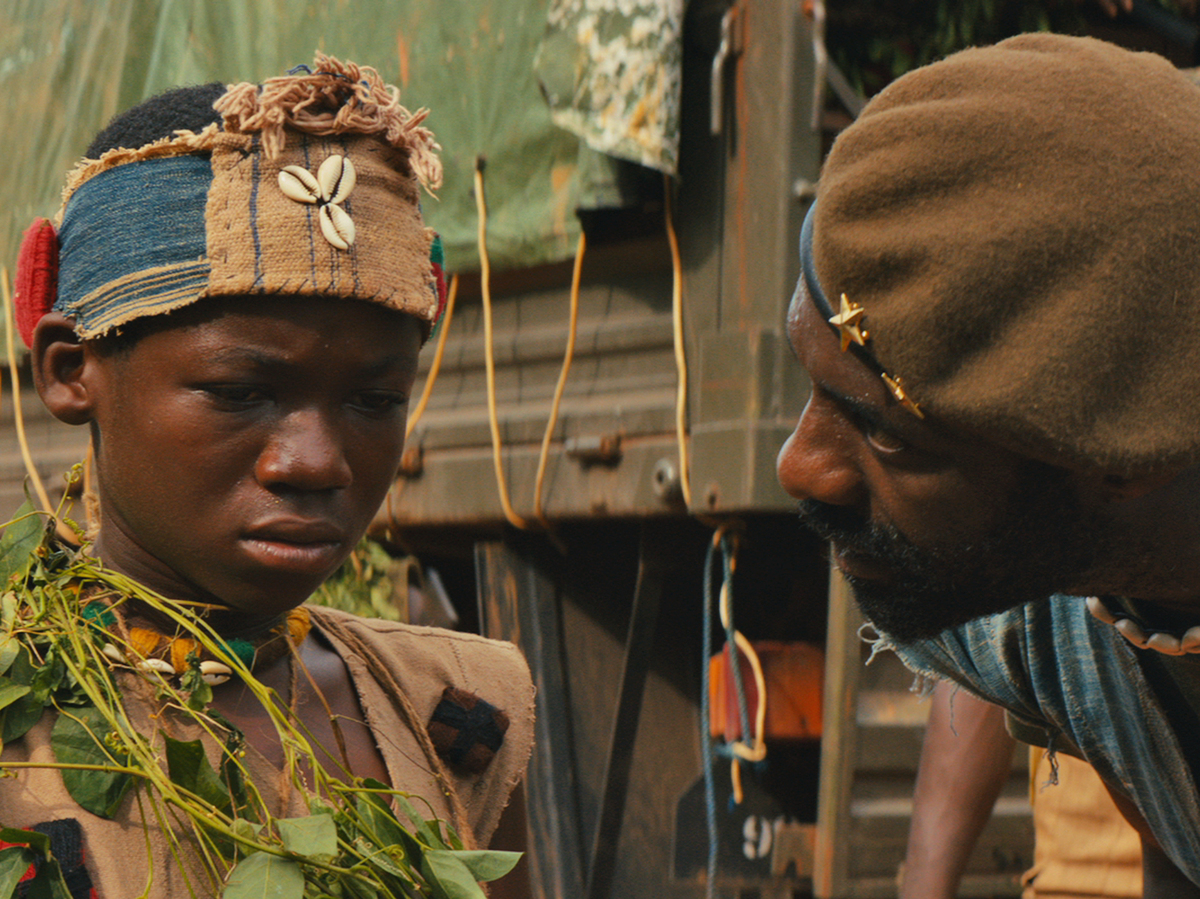 Idris Elba and Abraham Attah in the Netflix original film Beasts of No Nation.

The transformation of a young boy protected from war into a child soldier perpetrating war is at the center of the new film Beasts of No Nation.

The boy — named Agu — lives in an unnamed African country. He loses his family and his world when government troops hunting down rebels destroy his village. Agu escapes into the forest, only to be recruited into the rebel cause: A battalion of child soldiers. For them, survival depends on the brutal acts they're ordered to carry out.

Agu is played by first-time actor Abraham Attah, alongside Idris Elba as the ruthless commandant. Together, commandant and child soldier become the beasts of no nation — a detail from the novel of the same name that director Cary Fukunaga felt was important to preserve.

"I think in not naming a country, you're able to focus on the human story without spending too much time on any sort of history or academic lesson on a certain country in that conflict," Fukunaga tells NPR's Renee Montagne. "Because what all these wars have in common is the human casualties."

On depicting Agu's life before war destroys his village

In script development process, usually the first act is the thing that everyone's saying you need to cut down on. For better or for worse, I like to spend a lot of time in the beginning of stories — getting to know not only the characters, but the people around them and also the world they're coming from. A lot of where they come from might seem like foreign or exotic places, but the more time you spend there, you realize they're pretty much just like us in terms of what they want out of life. And it's important to sort of break down the walls of that exoticism. Not just the minimal sort of "here's his parents, here's his life, move on with the narrative" sort of structure.

On Agu's transformation from innocent boy to obedient soldier

I asked them, 'How quickly could you turn these kids into soldiers?' And he says, 'Watch me. Give me 15 minutes.'

What I demonstrate in this film is not at all different from what happens in rebel groups, in wars, any war that basically indoctrinates children to becoming fighters and killers. And it's a pretty quick process. Even when we were casting the film, we spent some time in Sierra Leone with some former combatants, some of whom were child soldiers, and some of whom were commanders. And some kids were watching us as we were doing some of the castings, and I asked them, "How quickly could you turn these kids into soldiers?" And he says, "Watch me. Give me 15 minutes." And they took these kids and got them into marching order, had them learn some chants, and he said, "I could probably put these kids into combat in a couple more hours if I had to."

The peacekeeping force can't always intervene — or won't intervene. And so these terrible atrocities take place under the watching eye of the first world. And it's just a fact of these sorts of conflicts: the impotence, sometimes, of the first and second world to do anything about it.

On threads of hope and Agu's bond with another boy soldier

The line [Agu] walks from descending into someone without any empathy at all and someone who still holds on to some part of his humanity is depicted by his ability to maintain a loving and protective relationship. In this case, it's his friend Strika. I think that's an important element just in terms of showing that he hasn't completely gone to the other side.