Accessibility links
'Bridge Of Spies': Solid Storytelling And Atmospherics Director Steven Spielberg — with some help from script polishers Joel and Ethan Coen — brings echoes of our own modern day to the Cold War. 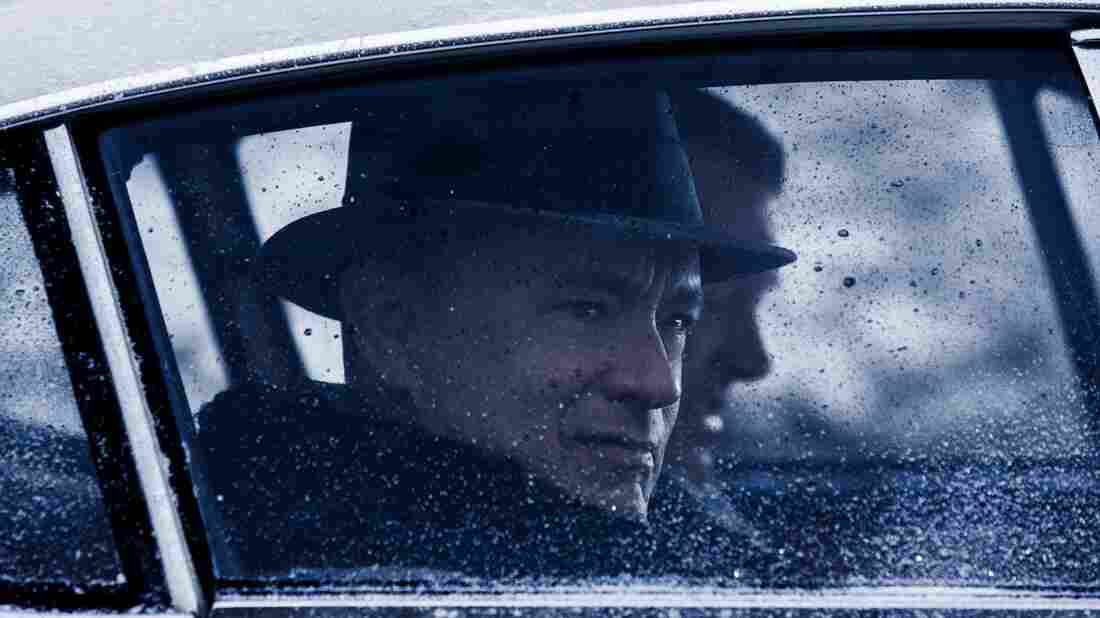 James Donovan (Tom Hanks) is a reluctant but principled insurance lawyer drafted to do a hugely unpopular job: defend a Soviet spy at the height of the Cold War. Jaap Buitendijk/Courtesy of DreamWorks Pictures hide caption 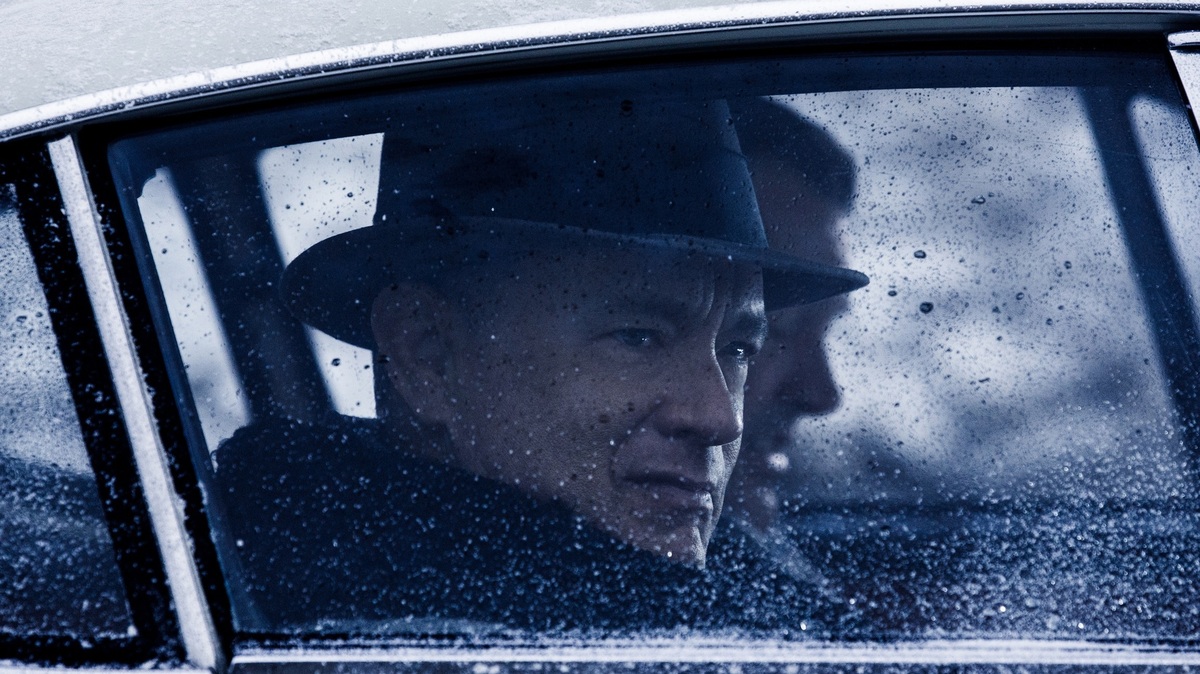 James Donovan (Tom Hanks) is a reluctant but principled insurance lawyer drafted to do a hugely unpopular job: defend a Soviet spy at the height of the Cold War.

Russian airstrikes in Syria have some observers wondering if the Cold War might be heating up again. So Bridge of Spies, Steven Spielberg's fact-based drama about Cold War brinkmanship, could hardly be better timed to resonate outside its historical frame.

We're introduced to the protagonists in 1957, when Cold War tensions are, well, tense. Julius and Ethel Rosenberg have recently been executed for giving up atomic secrets. American schoolkids pledge allegiance to the flag, and then practice how to "duck and cover" in case the Soviets drop the A-bomb while they're at school.

That's the frame as we watch painter Rudolf Abel using a razor blade in his Brooklyn apartment to extract an encrypted slip of paper from inside a hollow nickel. He will shortly be apprehended by the FBI, caught "red" handed, as it were. As the public clamors for his execution, the bar association joins with the government to ensure at least the appearance of due process.

Abel doesn't have an attorney, so one is appointed for him — James B. Donovan, a reluctant but principled insurance lawyer who hasn't done criminal work in a while, though as his firm's partners point out, he worked with the prosecution at Nuremburg.

"It's important to our country," he's told, "that this man is seen as getting a fair shake. American justice will be on trial."

Emphasis on "is seen as." Donovan — who is played by Tom Hanks because Jimmy Stewart is no longer with us — discovers the American system of justice has blind spots where foreigners are concerned. He notes plenty of prosecution errors, but he can't keep the court from convicting.

What he can do is plead for his client's life. Donovan asks the judge to imagine an American being captured by the Soviets. If we execute their guy, he says, we lose a bargaining chip.

Five years later, a U.S. reconnaissance pilot named Francis Gary Powers is shot down over Soviet territory. And Donovan gets to play that bargaining chip, in East Berlin where the Soviets are at that very moment building a wall and are in no mood to bargain.

Screenwriter Matt Charman is the guy who unearthed this true story, and director Steven Spielberg, aided by script polishers Joel and Ethan Coen, makes sure you hear the echoes of our own era in it. These days, we use drones for reconnaissance, our justice system still struggles to deal fairly with foreigners we regard as enemies, and shortcuts are sometimes proposed — and resisted — just as they were then.

Hanks is given a doozy of a speech in which he parries a CIA agent's insistence that the Cold War stakes are so high, there are no rules, by saying that the rule book is called "the Constitution, and we agree to the rules, and it's what makes us Americans."

I wish I could report that all of this is riveting in the telling, but apart from Hanks, and an understated, scene-stealing turn by Mark Rylance as the Soviet spy Abel, Bridge of Spies mostly settles for being solidly told and atmospheric.

That said, there is a seven-minute sequence Spielberg brings to life so vividly it'll catch you up short: the abrupt, unexpected, world — and era — changing construction of the Berlin Wall. Soldiers laying cinder blocks in the middle of an otherwise unremarkable street. Puzzled German citizens, family members, on either side, still able to just walk across what is about to become, for decades, an impassable diplomatic line in the sand.

Nobody's shooting. Nobody's even shouting. But the tension and confusion are epic.

Watching the scene play out, staged with an earthy grandeur that seems to come naturally to Spielberg, I marveled that in many, many years of moviegoing, I'd never seen that moment caught on film before.

Much of the rest of Bridge of Spies, I kind of had.