Accessibility links
The Bard, In Our Own Words: Translating Shakespeare Into Modern-Day English Wherefore art "thou"? Why not "you" instead? The Oregon Shakespeare Festival is making an ambitious — and controversial — attempt to rewrite the Bard's plays into modern-day English. 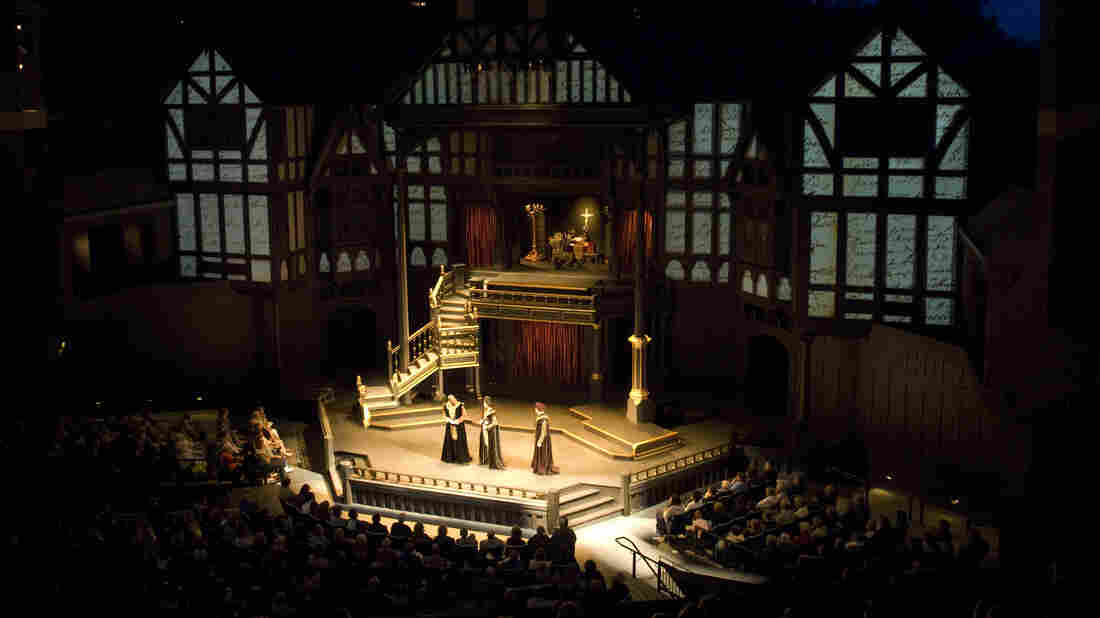 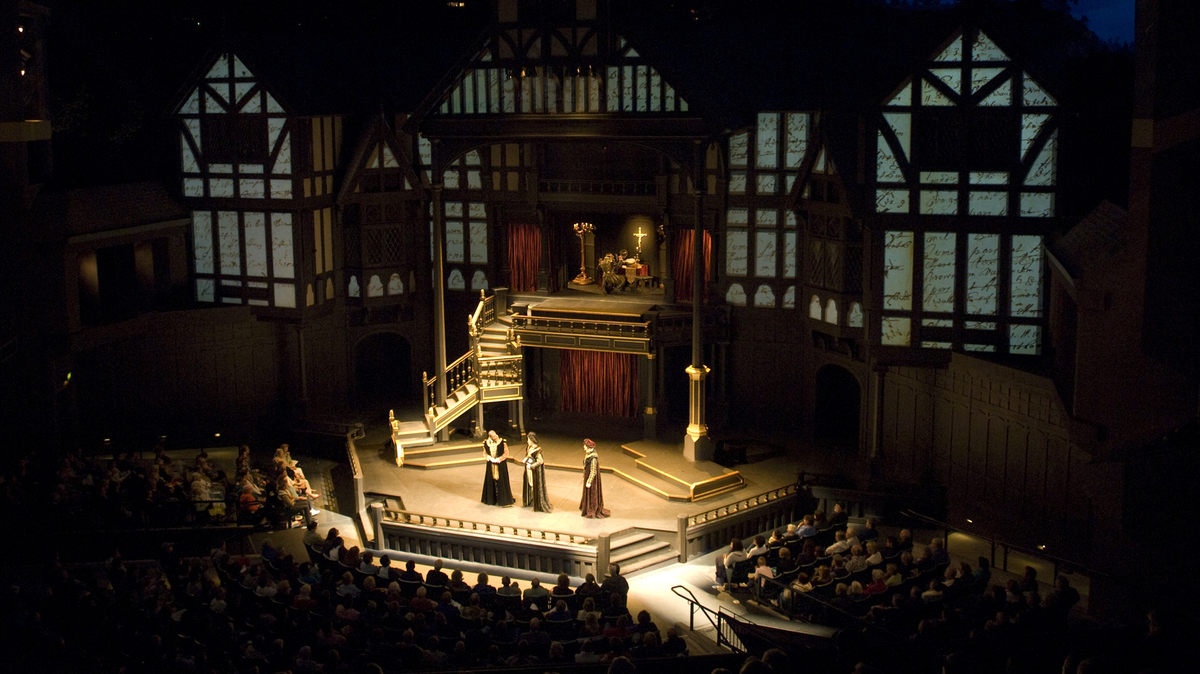 By now, it's pretty much settled: No one debates that Shakespeare was one of the greatest writers in the English language. What is debatable, however, is just how much today's audiences actually understand what he was saying.

That's why the Oregon Shakespeare Festival has launched an unprecedented project to translate the Bard's entire canon from his original style into contemporary English. The ambitious and controversial experiment, called Play On, will commission 36 dramatists toward that end over three years — beginning with playwright Kenneth Cavander, who has drawn up a pilot version of Timon of Athens.

(Below, you can read and listen to both the original of Timon and Cavander's translation.)

The goal is to leave the settings and the structures the same, and not to touch any language that's understandable to modern ears.

"I'll just be really honest to say I can't understand all of it all the time," says Lue Douthit, Oregon Shakespeare Festival's director of literary development and dramaturgy. That's saying a lot; after all, it's Douthit's job to understand these plays.

Wildfire Smoke Can Be A Show Stopper At Oregon Shakespeare Festival

She's working with such renowned playwrights as Luis Alfaro, Amy Freed and Jeff Whitty — and their dramaturgs — to help them unpack the meaning behind Shakespeare's word choice.

Douthit is quick to point out that all Shakespeare productions are adaptations of some sort. Most cut difficult passages and scenes for length, to say nothing of changing the settings to every time period imaginable. Nonetheless, she jokes that messing with Shakespeare's language could be a career-ender.

And the project has been met with cries of blasphemy.

"Shakespeare is about the intoxicating richness of the language," says James Shapiro, a Shakespeare scholar and English professor at Columbia University. "It's like the beer I drink; I drink 8.2 percent IPA. And by changing the language in this modernizing way, it's basically shifting to Bud Light."

"When you've got the power of a great actor and a great director the original language can burst into life with great clarity," he says. "But with that said, there are still going to be passages, images, that you need a footnote to begin to unpack."

Rauch remains committed to Shakespeare's original scripts, but he hopes this project will provide companion works that audiences can dig into. And other companies have already signed on to stage the new translations, including Alabama Shakespeare Festival, Orlando Shakespeare Theater and the University of Utah.

Original passage from Timon of Athens

Slaves and fools,
Pluck the grave wrinkled senate from the bench
And minister in their steads. To general filths
Convert o'th' instant, green virginity,
Do't in your parents' eyes. Bankrupts, hold fast;
Rather than render back, out with your knives
And cut your trusters' throats! Bound servants, steal:
Large-handed robbers your grave masters are
And pill by law.

Servants
And clowns, kick the grizzled old senators
Out of their offices and legislate in their place ...
Innocent virgins, turn sluttish now — why wait? —
And do it while your parents watch ... Bankrupt?
Keep your money, and if your creditors demand
Payment, pick up a knife and cut their throats.
Workers, steal — your bosses are crooks
In fine suits, bandits raking in their loot,
Legalized pirates.