Accessibility links
In Grief, A Growing Partnership: Parents Span Israeli-Palestinian Divide Several people have died and dozens more been injured as violence has wracked Israel. Two parents — one Israeli, one Palestinian — who have lost children to earlier bloodshed seek a new way forward.

Amid two weeks of unrest in Israel, escalating violence has claimed the lives of several Israelis and Palestinians, leaving dozens of others wounded. On Saturday alone, Israeli officials say that Palestinians attempted five separate stabbing attacks against Israelis.

The death toll over the past month is now eight Israelis and 40 Palestinians, according to The Associated Press.

More Attacks, Deaths In Conflict Between Israelis And Palestinians

While violence in the area is certainly not new, one element of the current situation is striking: Both the assailants and their targets have been as young as 13 and 15 years old.

Meanwhile, the Parents Circle — a group of both Palestinian and Israeli families who have lost children to violence — continues its pursuit of peace. On Saturday night, the Parents Circle set up a tent of reconciliation in the Israeli city of Jaffa. The idea is to establish a place where Israelis and Palestinians can talk with each other — as opposed to about each other.

Earlier Saturday, NPR's Michel Martin spoke with two members of the Parents Circle: Robi Damelin, an Israeli whose son was killed by a Palestinian sniper in 2002, and Bassam Aramin, a Palestinian whose daughter was killed by Israeli border police in 2007.

They tell her that despite the bloodshed, and the loved ones they've lost, solutions are not to be found in further violence — and not necessarily in friendship, either.

To listen to the full interview, click the audio link above.

On their reactions to recent events 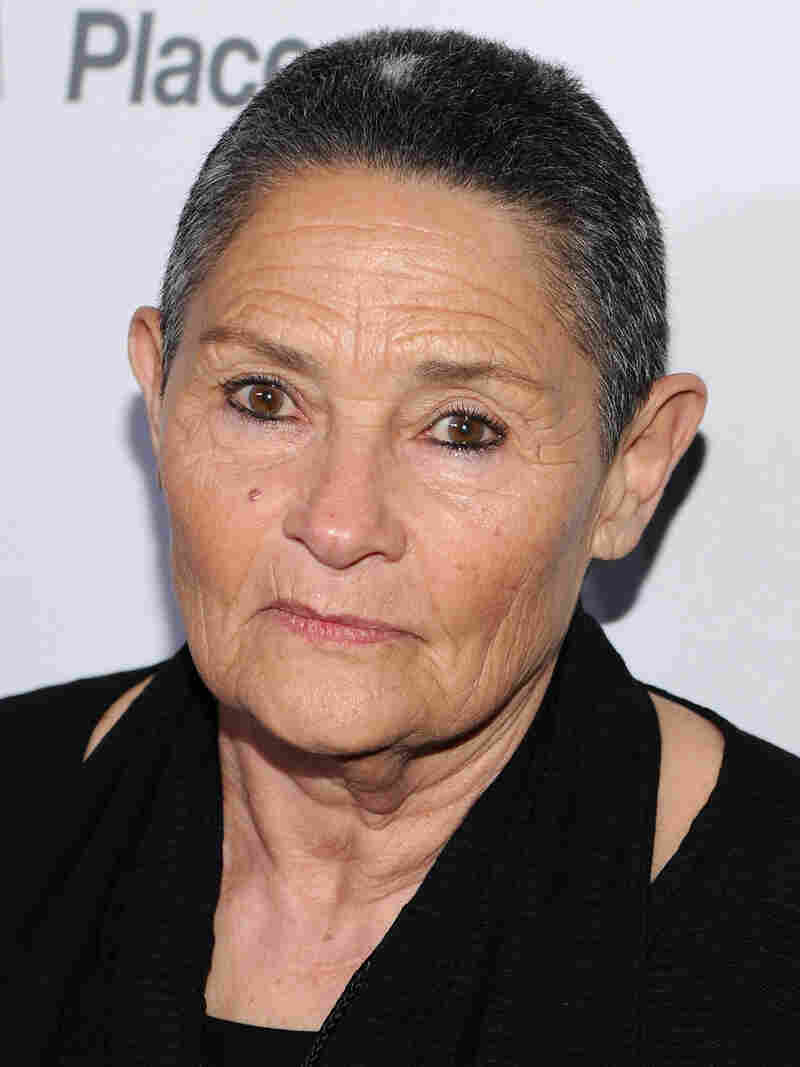 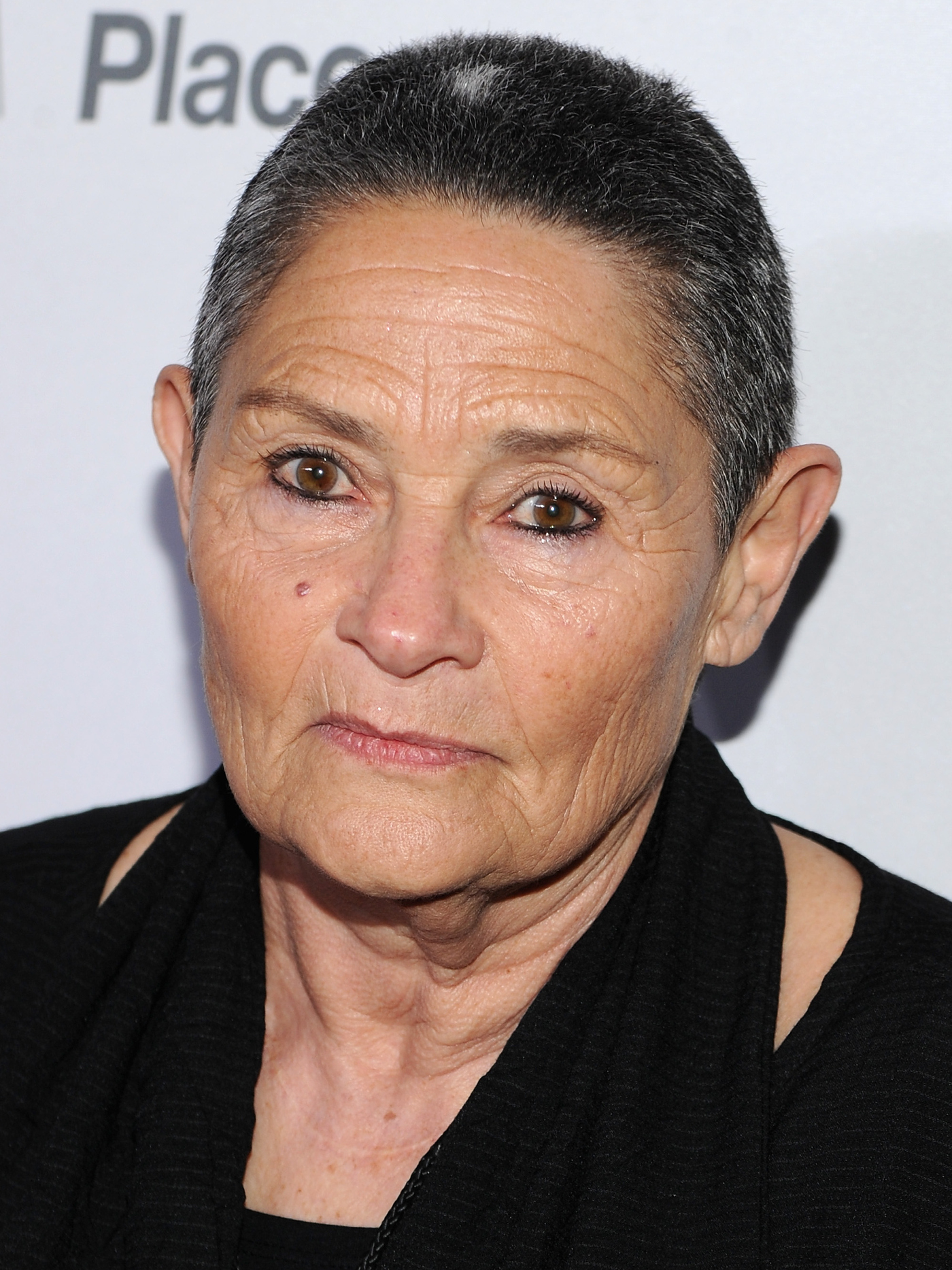 Damelin: I would very much like to write an article to all the young people in Israel and Palestine, to really think about what they're doing to stop the violence. Because what is happening is they have no idea what the consequence, in the long term, will be to this violence.

How many families are going to be destroyed? How many mothers will never sleep again quietly, because they lost their children?

I understand the frustration of these kids. You mustn't forget that they haven't had a chance, actually, to ever be exposed to Israeli kids their age. They've never met anybody that isn't a settler or a soldier. So why would they think that something good is happening, because nothing is happening — that they can see — in their lives that is improving it.

And of course, the media, if you'll excuse me, does not help. They're just fanning the flames, to get it worse and worse. When I listen to the broadcasts from both sides, my heart just wants to break.

Aramin: Unfortunately, it's another wave of blood, another wave of violence. We know the result in advance. But when I see what the Israelis show, in their media and their TV — Palestinian violence, Palestinian terrorists stabbing knives, throwing stones for nothing — they don't understand what's happening there.

And the other side, what the Palestinians see — they see racism, brutality. We see checkpoints ... Palestinians murdered for nothing. There's no human rights, no respect, no freedom for worship, to go to the Al-Aqsa, to the mosque.

And this is how we invest in more blood, in more violence without — as Robi said — they have no hope, they have no peace process to let the people understand that, in the end, we need to find a solution. 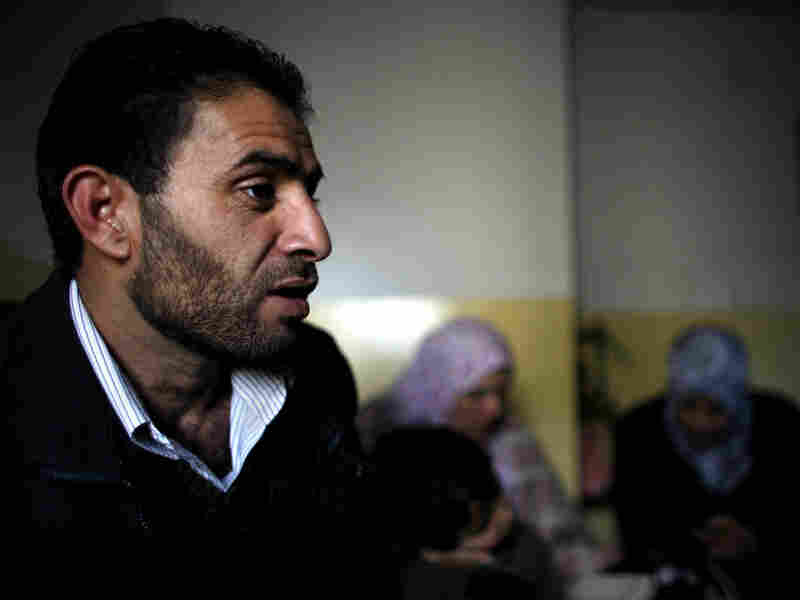 Bassam Aramin sits in the bedroom of his 10-year-old daughter, Abir, on the day of her wake in 2007. Kevin Frayer/AP hide caption 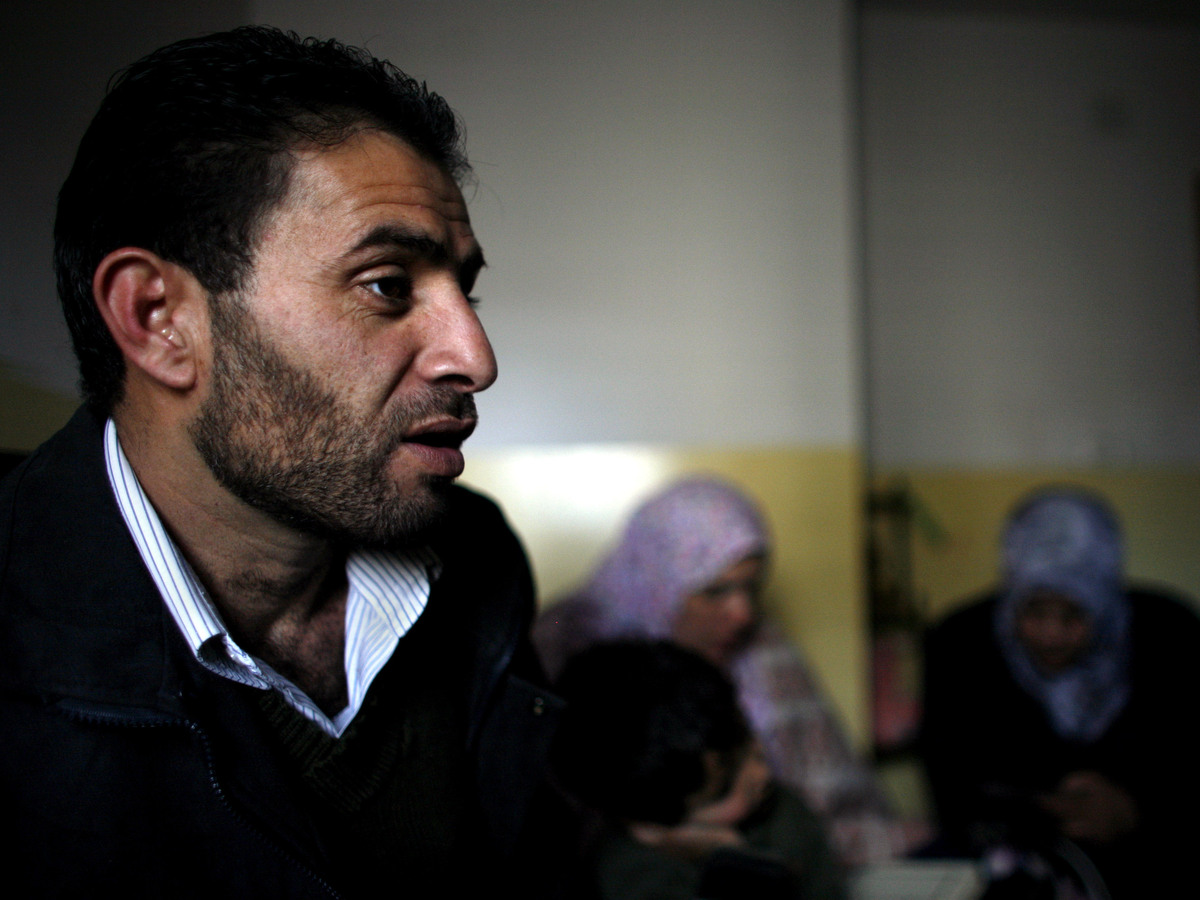 Bassam Aramin sits in the bedroom of his 10-year-old daughter, Abir, on the day of her wake in 2007.

On why this violence has broken out — and why now

Aramin: It's every day. It's not in this intensive wave, but it's always like this, unfortunately. I understand the frustration on the Palestinian side, that we're not going to be slaves forever to the occupation. And for the Israelis, they don't see what we see in our streets.

So I believe, why this time, I can't say. It's because of what we see in the checkpoints; everywhere this is a military occupation, and the Israelis don't see that. So it's another wave of blood.

Damelin: It's been brewing for a very long time. you can't keep kids, even if they're 13 or 14, with no hope. And they don't see the humanity in the other, because there's no meeting point, as I've told you, between Israelis and Palestinians. Their only meeting point is exactly what Bassam said, or at a checkpoint — or perhaps in a settlement, where there is constant fighting between the two.

It is very clear that Israel will have to get out of the occupied territories, and something has to happen, has to move to stop the violence. You know, I was in Paris; I just came back yesterday. And on Thursday we had a meeting with President Hollande, and I said, "Please, get all of those who are from the European Union to sign a letter to stop the violence."

More From The Parents Circle

On how the Parents Circle peace tents work

Damelin: People come, whoever wants to talk or wants to share — it doesn't matter if they don't agree with us. One of the main methods that we use is we include everybody in the conversation. Because when you exclude, you make a radical. ... And I just hope that this can send a message.

On what she wants to say to other parents

Damelin: We ... talk to parents to keep their children at home if they possibly can. It's very difficult to keep a young kid at home today. So these kids — out of sheer frustration, and out of believing that they are invincible — go out, and the reaction is so violent that so many people are dying.

For what? I keep asking: For what? What is the purpose? This will not free Palestine, and Israel — by using more and more strength, that will not make us any safer.

What Aramin would like to see from international leadership

Aramin: Unfortunately many states, they are not helping us. For example ... President Obama says Israel has the right to defend herself, while I am losing my 10-year-old child. They create more anger on the other side without explaining, for example.

So, we expect from the world, from the international community to make pressure to try to bring the parties together — at least to give people hope, to give people to think that it's not going to continue forever, to kill each other.

You have no idea what the meaning of fear [is] in the streets of Jerusalem. For the Palestinians, if you do anything wrong, if you try to put your hand in your pocket to answer your phone, maybe you get killed. And this is what we see. We don't see the fear in the other side, in Israel. It's amazing, it's unbelievable. I never witness such a fear in the streets.

In this madness, it's very difficult to talk to them. In spite of that, this is our responsibility. 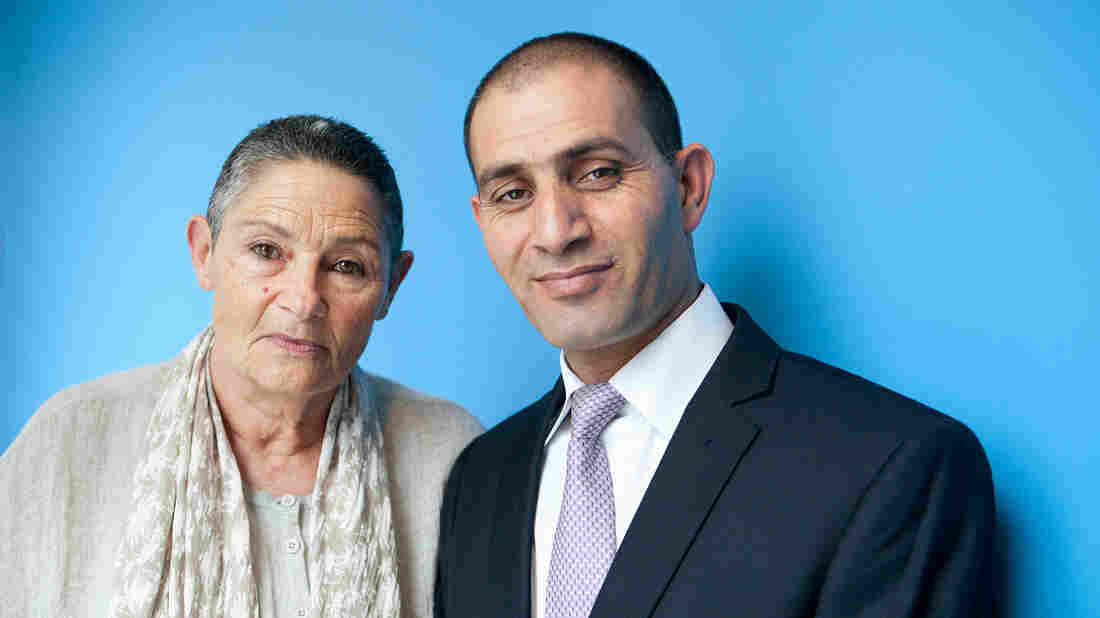 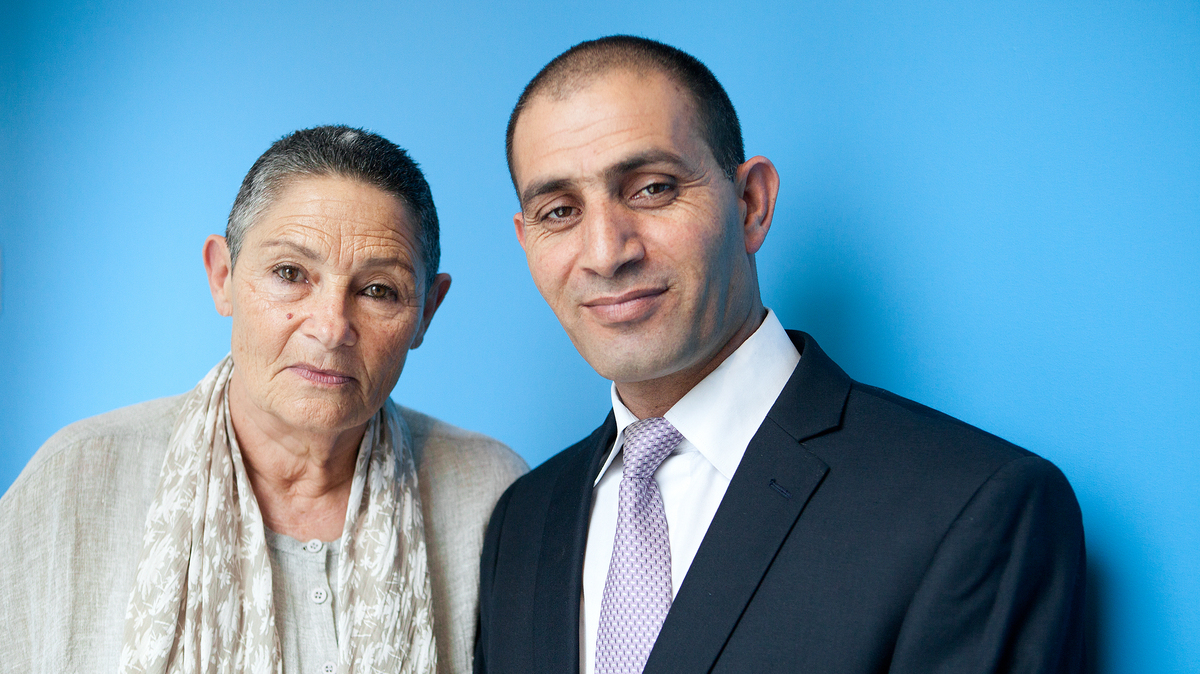 Robi Damelin, left, is an Israeli whose son was fatally shot by a Palestinian in 2002. Bassam Aramin is a Palestinian whose daughter was shot dead by Israeli police in 2007. They belong to the Parents Circle, a group of mothers and fathers who have lost children and seek an end to the Israeli-Palestinian conflict.

On their partnership across the Israeli-Palestinian divide

Aramin: I care about Robi's life, she cares about my life. Because she wants to live in a normal place, and I want to live in peace and freedom and dignity in a normal place. So, what we are doing, we approach our people on each side, for them, for their benefit. When I talk to the Palestinians that we need to use nonviolent means, and through this civilized way, we can also bring Israelis to our side. But we will never bring Israelis while we are acting in violence, which we destroy ourselves. So each side works for his own side, and in the end, it's win-win. It's for both of us!