Accessibility links
Eddie Murphy Jokes After Accepting Top Prize For Humor The Kennedy Center presented the comedian with the Mark Twain Prize on Sunday. While honored, Murphy did jokingly point out one thing: "Usually when there's a prize, there's money." 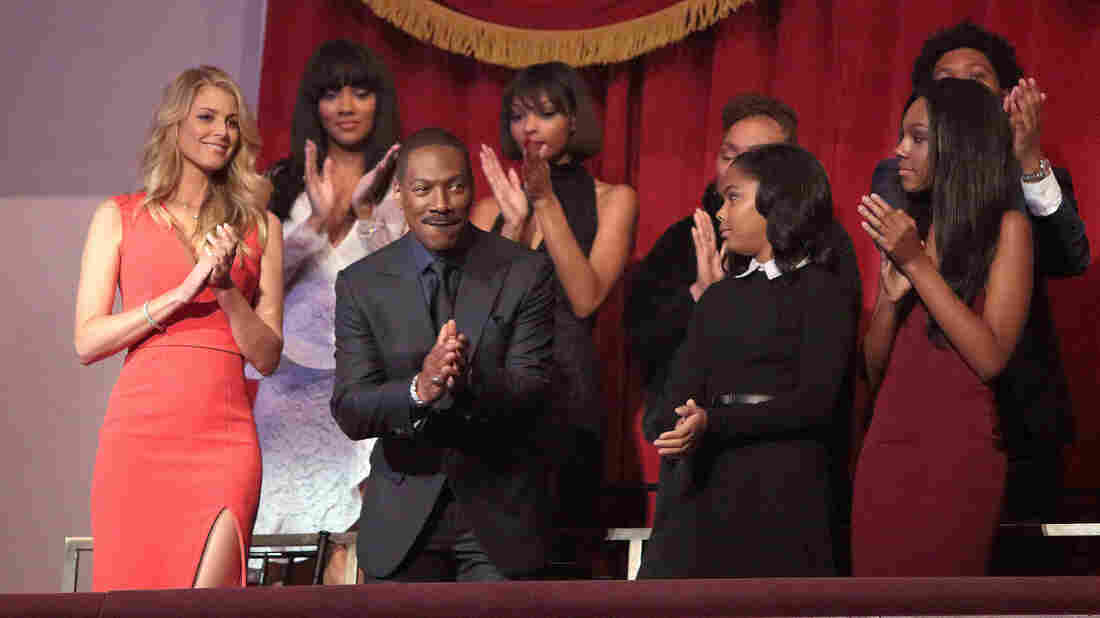 Surrounded by his children, Eddie Murphy is honored with the Mark Twain Prize for American Humor at the Kennedy Center for the Performing Arts on Sunday, in Washington. Owen Sweeney/Invision/AP hide caption 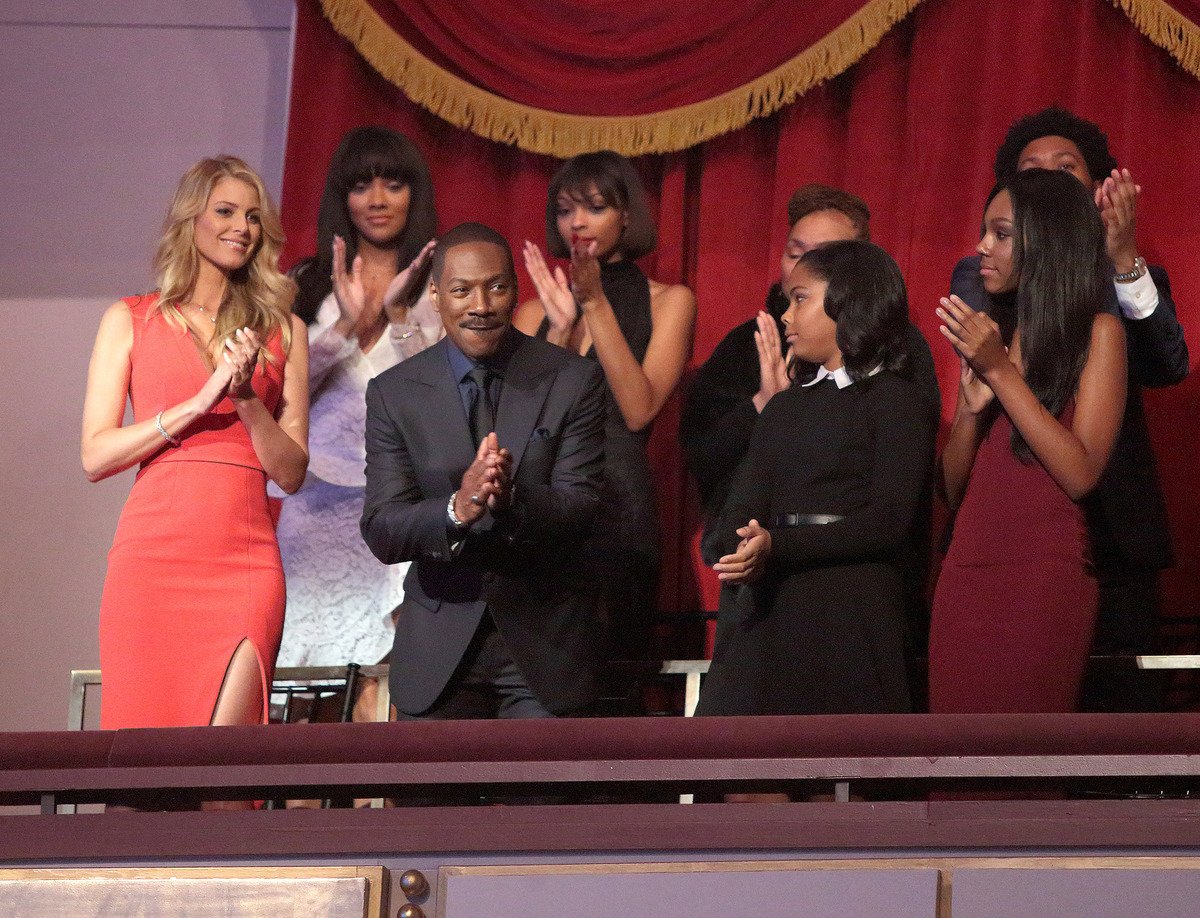 Surrounded by his children, Eddie Murphy is honored with the Mark Twain Prize for American Humor at the Kennedy Center for the Performing Arts on Sunday, in Washington.

The Kennedy Center for the Performing Arts presented the comedian Sunday with the Mark Twain Prize, the nation's top prize for humor.

The evening's most emotional tribute came from Saturday Night Live alum Tracy Morgan, who received a standing ovation from the audience. He called Murphy his "comedic hero."

Morgan survived a serious car crash last year that left him in a coma. Morgan said Murphy was the first person to call him on the phone and make him laugh after the tragic accident that killed a passenger in the limo and seriously injured two others

Among the other SNL alumni who paid tribute to Murphy were Jay Pharoah, Kevin Nealon and Joe Piscopo.

"Some people are just blessed with talent, and with Eddie, it was just luck," Nealon ribbed.

Nealon said Murphy saved SNL from slumping ratings in the 1980s, and he hoped he could also save the Kennedy Center from becoming the Trump Center.

"I can see the slot machines in the lobby," Nealon joked.

Murphy called the prize a "tremendous honor," but asked the center to clear up any confusion over the prize for future recipients.

"Actually, it's an award, but they call it a prize," he said. "Usually when there's a prize, there's money."

Murphy also took jabs at one his "heroes" — previous Mark Twain honoree Bill Cosby. Murphy joked, you know you've messed up "when they want you to give your trophy back."

Murphy did an impersonation of Cosby refusing to give back his award. Cosby, who received the award in 2009, has been accused by more than two dozen women of sexual misconduct, including allegations by many that he drugged and raped them.

The humor prize honors those who influence society in the tradition of Samuel Clemens, the writer and satirist known as Mark Twain. Past honorees include Jay Leno, Carol Burnett, Tina Fey, Whoopi Goldberg, Ellen DeGeneres, Will Ferrell and Richard Pryor.

Murphy gained national attention when he joined the SNL cast in 1980 at the age of 19. He went on to become the most commercially successful African-American actor in film history and one of the industry's Top 5 box office performers overall, the Kennedy Center said. Murphy's films have been among Hollywood's highest-grossing comedies, including 48 Hours, Trading Places, Dr. Dolittle and Coming to America.

The tribute will be broadcast Nov. 23 on PBS.