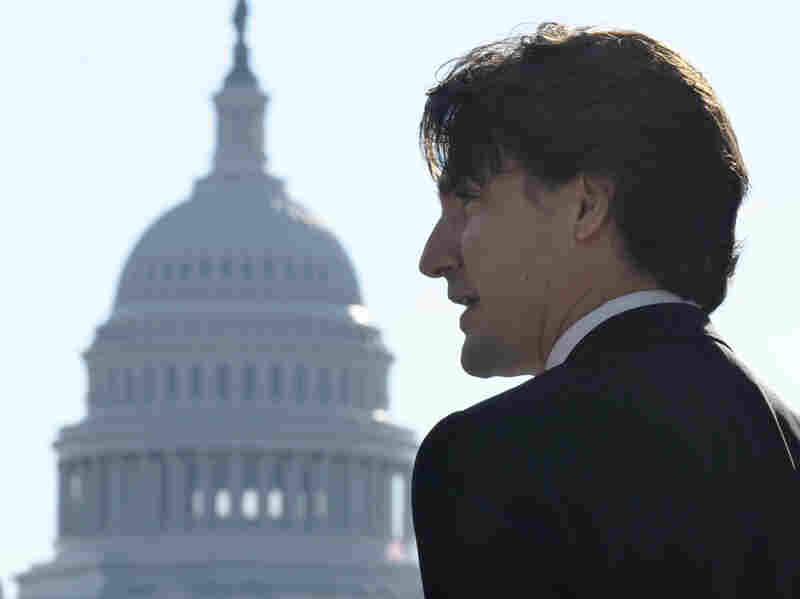 Justin Trudeau speaks to reporters in 2013 during his first official visit to Washington as leader of Canada's Liberal Party. Susan Walsh/AP hide caption 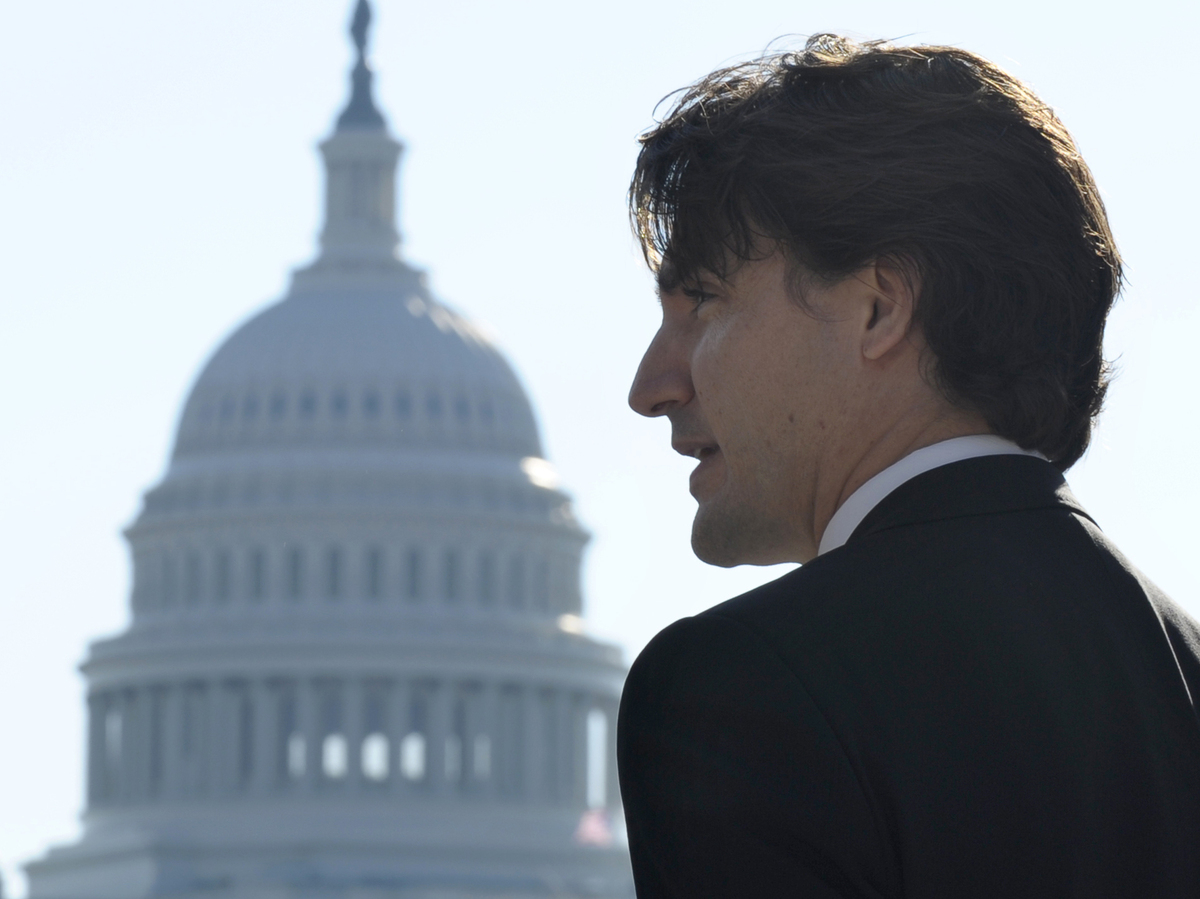 Justin Trudeau speaks to reporters in 2013 during his first official visit to Washington as leader of Canada's Liberal Party.

Justin Trudeau, a 43-year-old former high school teacher and son of the late Prime Minister Pierre Trudeau, assumes the office his father held from 1968 through 1984 with a short interruption.

The youthful Trudeau ran an election that was optimistic in tone, which he said led to his victory.

"We beat fear with hope," he said. "We beat cynicism with hard work. We beat negative divisive politics with a positive vision that brings Canadians together. Most of all we defeated the idea that Canadians should be satisfied with less."

The Associated Press notes the election results could strengthen ties between Canada and the U.S., at least for the remainder of the Obama administration:

(Outgoing Prime Minister Stephen) Harper was frustrated by Obama's reluctance to approve the Keystone XL pipeline from Alberta to Texas and clashed with the president on other issues, including the Iran nuclear deal. Although Trudeau supports the Keystone pipeline, he argues relations should not hinge on the project.

Conservative Stephen Harper was one of the longest-serving Western leaders. Reporter Dan Karpenchuk in Toronto reports on his loss:

In Calgary Stephen Harper spoke to a stunned crowd of supporters, saying it was an honor to serve as prime minister for ten years. His Conservative Party suffered a crushing defeat and has been relegated to official opposition in the Canadian Parliament. Harper did not announce his resignation, but a party statement said the Conservative caucus will be instructed to select an interim leader.

Trudeau's election gives Canada an approximation of a political dynasty. His father, also a Liberal, often drew comparisons with President John F. Kennedy. Justin Trudeau was born while his father was serving in office — in fact more than 40 years ago, then-President Richard Nixon predicted the 4-month-old Trudeau's future:

"Tonight we'll dispense with the formalities," he said at a state dinner in Ottawa. "I'd like to toast the future prime minister of Canada: to Justin Pierre Trudeau."