Accessibility links
The George Washington Of Investing Wants You For The Revolution Investor Jack Bogle is leading a populist revolution on Wall Street. He wants everyday Americans to make a lot more money in the stock market and give less of their returns away to financial firms. 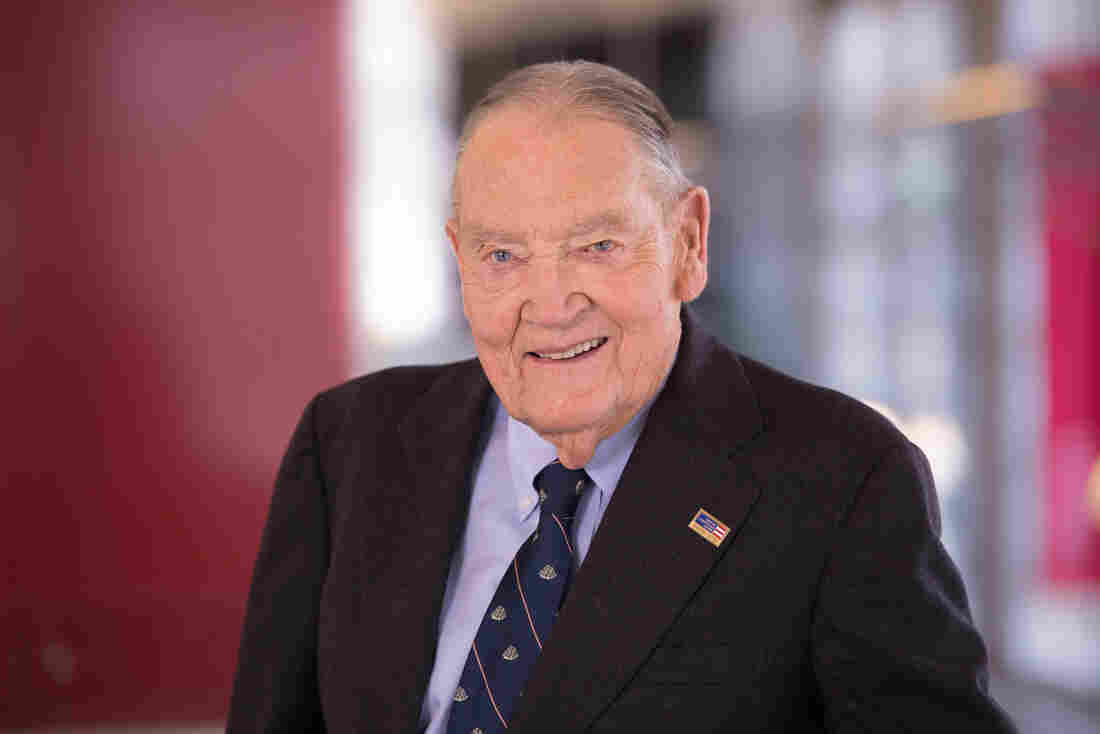 Jack Bogle wants Americans to make more money in the stock market and give less away to financial firms. Courtesy of Vanguard hide caption 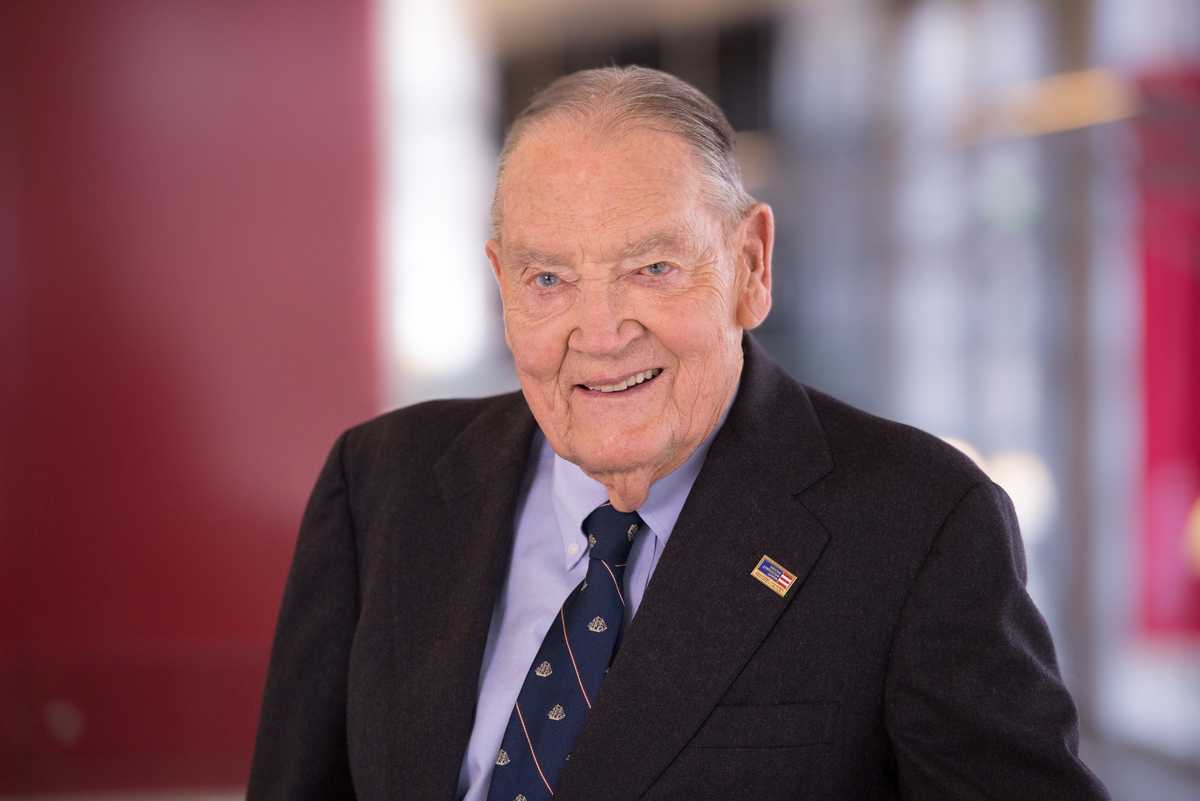 Jack Bogle wants Americans to make more money in the stock market and give less away to financial firms.

Jack Bogle is leading a populist revolution on Wall Street.

The longtime investment guru, who 40 years ago founded the investment company the Vanguard Group, wants everyday Americans to make a lot more money in the stock market — and give less of their returns away to financial firms.

And the surprising thing about his revolution? He's winning.

"It's changing the world of investing for all kinds of investors," Bogle says.

Bogle, 86, says the $3.2 trillion that Vanguard manages has come from people in all walks of life who share one thing: They've looked at the math and concluded they can make more money by following Bogle's lead — a lot more money. 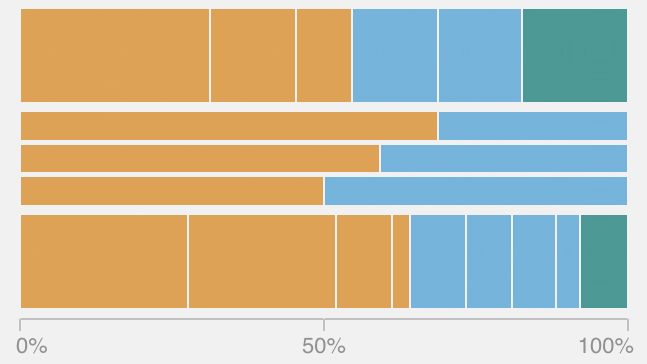 How do some of the most respected investors on the planet think Americans should be investing their money? Alyson Hurt/NPR hide caption

Paying even small-sounding fees — like 2 percent — over a lifetime of investing can really cripple your returns. That's why low costs are at the heart of Bogle's approach. "Cost turns out to be everything," he says. "It's just what I've often called the 'relentless rules of humble arithmetic.' "

Think of the iconic Smith Barney ad that ran in the 1980s with the British actor John Houseman. Dressed in a stuffy suit and sitting in an ornate dining room, he turns to the camera and says:

"Good investments don't walk up, bite you on the bottom and say, 'We're here.' Finding them takes good old-fashioned hard work. Research. The kind they do at Smith Barney."

The ad projects a member of the Wall Street nobility telling Americans the supposed truth about investing. Says Houseman, "Smith Barney. They make money the old-fashioned way: They earn it." 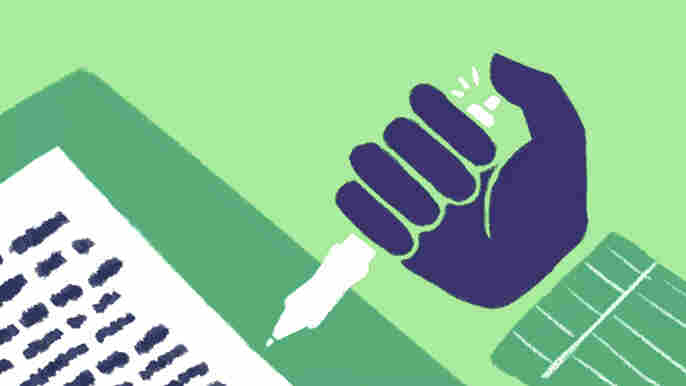 Want To Save More? Join NPR's Your Money And Your Life Facebook Group

But back then, Bogle had just set out to prove that that was a big fat lie — that is, those fancy financial firms weren't worth the money they charged in fees, and you could do much better another way. "We live in this mythical world where we kind of believe the American way is if you try harder, you will do better — that if you pay a professional to do something, it will pay off," Bogle says. "And these things are true — except in investing!"

That was Bogle's insight: When you invest, you should own a mix of bonds and stocks. But paying investment managers to pick stocks just doesn't work, he says. That's because picking winners is very hard, and paying the guys in the suits is so expensive that it hobbles your ability to make money.

How A 2 Percent Fee Kills You

Here's a little math: Bogle says over long stretches of time, like when you're saving for retirement, you can expect the stock market to return an average of 7 percent per year. That's actually great, because at 7 percent your money doubles every 10 years.

So you can make serious money ... except:

So this is why Bogle says the better thing to do is to just buy the entire stock market — on the cheap. Don't pay anybody to pick stocks.

Buying a slice of the entire stock market through an index fund is not a new concept now. But back in 1975 when Bogle created the first index mutual fund, it was a bold challenge to the industry.

The name "index fund" refers to a fund that just blindly buys an "index" — which means just a big long list — of stocks of, say, the biggest 500 companies in America. That's what an S&P 500 index fund holds, for example. Or you can buy an index that purchases 5,000 of the biggest companies and holds them.

So for a tiny fraction of the cost of paying somebody to pick stocks — for a fee that's just 1/20th of 1 percent — Bogle says, "you own corporate America."

A newer version of the index fund called an exchange-traded fund (ETF) operates on similar principles. Some ETFs can offer even lower fees than index funds — but Bogle warns that some have become very narrow in focus so they're not well diversified. And some have high fees. He says to always make sure you know what you're buying and what the cost is.

"Owning the stock market is the way. It's the way to do it," he says.

The Best (And Most Boring) Investment Strategy

Bogle admits that owning corporate America and hanging on to it is a pretty dull investment strategy.

"It is boring!" he says. "It is the most boring investment strategy ever invented in the history of time."

But with each year, more Americans are buying into boring: Index funds now make up 34 percent of the market for stock mutual funds.

So the world is changing. But most Americans who invest are still paying those higher fees for stock picking.

John Bogle's Latest Advice: A 'Gatekeeper' For Your Nest Egg

This is a big way our human nature fails us when we try to invest. People don't want a boring investment strategy. We feel like we need to be doing something. But Bogle says that usually lands you in a sand trap.

During the day I spent with Bogle, we headed over to the local golf course for lunch. (Bogle goes to the public course, not some fancy club.) We were eating sandwiches at a good spot to watch the golfers. Many of them kept landing in a sand trap.

"So how come everybody hits the trap?" I asked Bogle.

"They think they're stronger than they are," he said.

And Bogle says so it is with investing. Our instinct is to swing hard and try to pick hot stocks or mutual funds.

But all the time now, there are more people giving up on that game, and, in effect, joining Jack Bogle's revolution.