Accessibility links
For Iris DeMent, Music Is The Calling That Forces Her Into The Spotlight DeMent describes herself as extremely shy, but says that "when the songs started coming to me, I felt I didn't have the option to hide and avoid" the stage. Her latest album is The Trackless Woods. 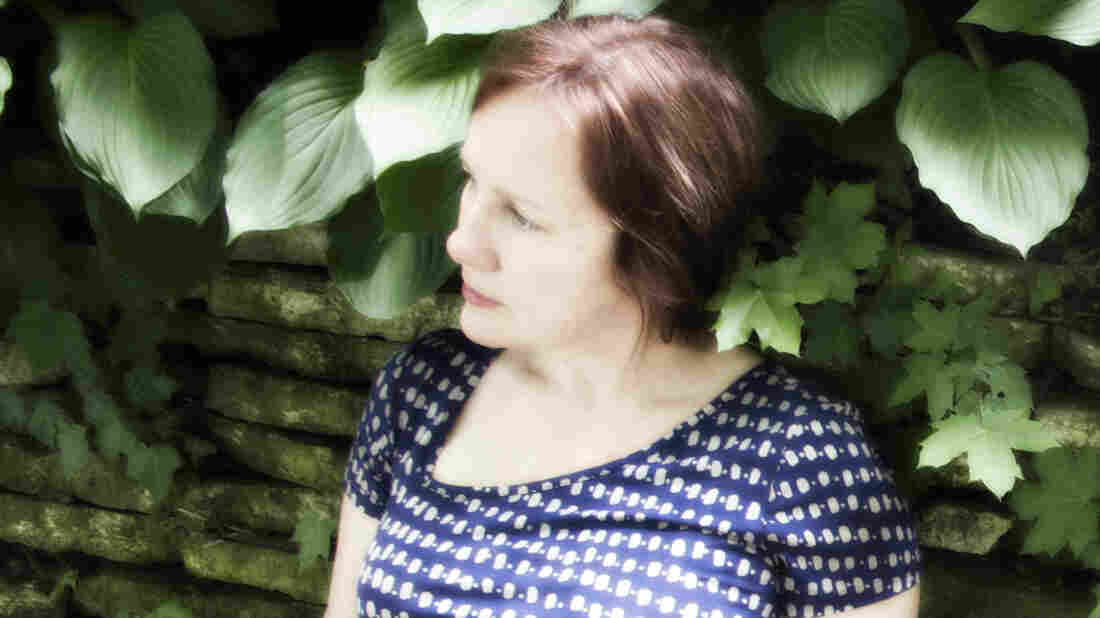 Iris DeMent's version of the hymn "Leaning On The Everlasting Arms" was used at the end of the Coen Brothers' movie True Grit. Courtesy of the artist hide caption 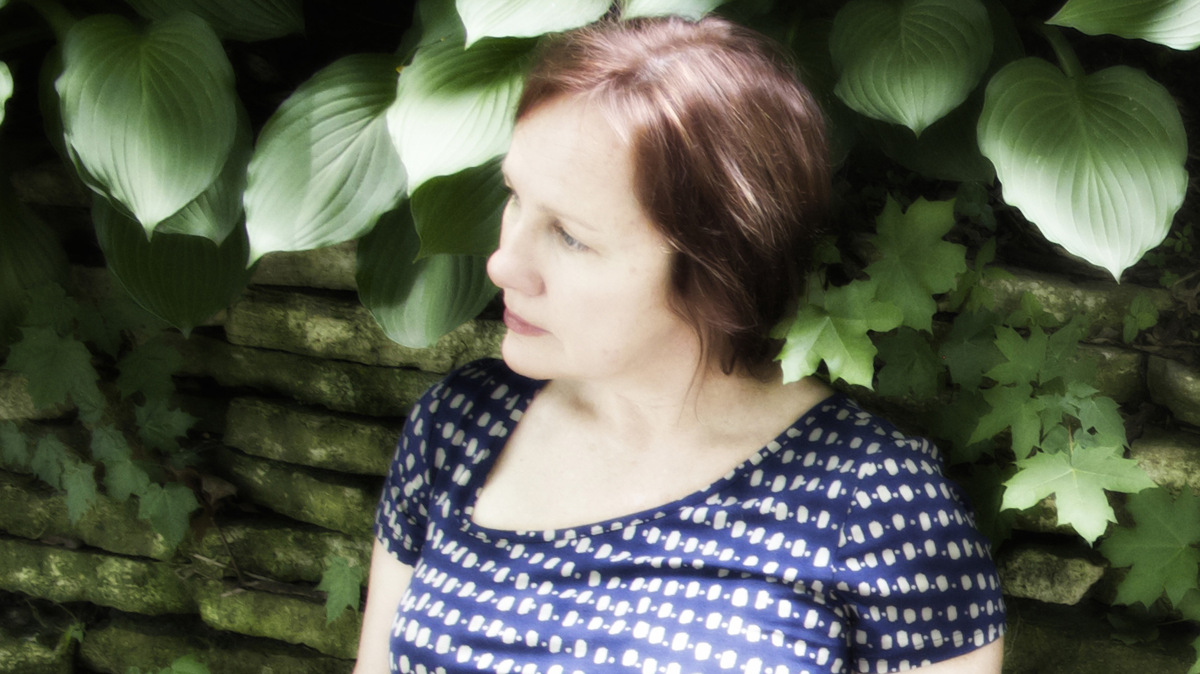 Iris DeMent's version of the hymn "Leaning On The Everlasting Arms" was used at the end of the Coen Brothers' movie True Grit.

Growing up as the youngest of 14 children, singer Iris DeMent and her family attended a Pentecostal church, which taught that each person would get a calling from God. DeMent remembers waiting in vain for her calling to come — and being disillusioned when it didn't.

But then, when she was 25, DeMent wrote her first song. "And when that song came to me," she tells Fresh Air's Terry Gross, "I knew that meant: 'That's your calling. That's what you're gonna do.'"

DeMent, who describes herself as "extremely shy," says she never wanted to be on a stage. But, she says, "The music propelled me there. When the songs started coming to me, I felt I didn't have the option to hide and avoid my ... least desirable spot in life, which is in the spotlight."

DeMent is no longer affiliated with a church, but her music still comes from the spirit. Her song, "Let the Mystery Be," which she played in the Fresh Air studio, is about not knowing what happens after we die. DeMent also performed a song from her latest album, The Trackless Woods, which sets to music the poems of the late Russian writer Anna Akhmatova.

On singing in church when she was young

When I was 5 ... "the little DeMent sisters" were formed, and I messed up the first performance, which I don't think I ever quite got over. But one thing I remember, even as a child, is music. I was talking earlier about my discomfort with performing; I didn't like that side of it. Even at a very young age, I felt the music really deeply and I felt very grown up in the music. I didn't have a sense of myself as being a little kid. I felt this big stuff going on in me. I remember that first performance, I forgot my words. And I remember the audience beginning to laugh, but they were laughing in that way that I realized they thought I was cute. And it really troubled me, because it wasn't that I was embarrassed so much that I forgot my words. I probably would've just got right on with it there, you know, but it was that awareness that, "Oh, this is a performance ... and this is something for you to have a minimizing opinion of me." It felt really weird. I didn't like that, and I really shied away from performance after that for a long time.

On the role of music in her life

Another thing that I learned from my parents, who had pretty difficult, challenging lives, to put it mildly: I saw my parents use music to survive. They had to have that music. My mom had to sing and my dad had to go to church and he had to hear that music washing over him and through him. It wasn't a, "Oh, this is nice"; it was a, "I'm not going to make it if I don't have that." So I've felt that that's my job. That's how I think of what I do. I have to give people that lifeline, you know, that I saw my parents reach out for, and that I was taught to reach out for, and so that's what I aim to do. And I guess I don't feel like I can do that without that connection to the spirit.

It had been my mom's dream to go off and be a singer in Nashville ... and keep in mind, my mom was born in 1918, so we're going way back there. She never made it, married my dad and had a bunch of kids instead. But [when] I did my first record, I brought her to Nashville and we got in the studio and I wanted her to sing that song with me. And the original plan was that she would harmonize with me — which, I don't know, the producer, everybody thought, that's how this should go, it's my record. So we get in there, we did that a bunch of times. Oh, it was just awful, it was awful. It just wouldn't work. Mom couldn't get with it, and we decided to just give up on it. We didn't say that, but we stopped and we were starting to leave the room, all the players were leaving, and my mom grabbed the lyrics. She said, "Let's get on in there," and she told the piano player what key to play it in. And she did the song, and we just followed her, and at the end, I don't know if you can hear it, but at the end, she says, "Now that was my key."

On leaving the church when she was 16

For a long time when I was growing up ... I made it my job to try to get my school friends saved. I thought, "Could there be any other priority?" I mean, if my friends are going to burn in the fiery furnace, how can I be thinking of anything else? I can't eat my lunch. So I took that really seriously, and I remember one day asking somebody at the church, "Well, I need some New Testaments to give to all the kids at school. That'll help them stay out of the fiery furnace," and I remember ... the person I asked kind of smiled at me ... like, "Oh, cute little kid," and I realized, you don't believe this stuff. So there was a lot of little things like that along the way that started heading me into another direction. And by the time I was 16, I didn't believe that story, that there was all this separation between me and all these other people in the world just because they didn't claim Jesus Christ as their personal savior. I didn't buy it, and I have to say, it wasn't my choice to not buy it, because it meant having to leave the church.

On writing her first song, 'Our Town'

I remember passing through this little town that was your typical dead town there in the Midwest, a lot of boarded-up windows, little white buildings with peeling paint, all the life had gone right on out of it. And that was the first time in my life that I felt a song coming on like it wasn't just me trying to make something happen. It felt very different. I just started seeing all these visions of the life that had gone on there. So when I got down to my brother's house, I remember asking him if I could borrow his guitar, and I had promised I would bring it back on my next visit, and he was nice enough to let me. When I got home from that trip, it might've been a day or two later, I remember sitting down on the floor and I had had all those images in my mind. I guess my brain had been working ... on the trip, and next thing you know, this song came out, and it came out just exactly as it is now. It's one of those rare [songs] for me that I didn't have to fool around with or change. It was just there, and it was my first song.