Accessibility links
'The Mark And The Void' Is Good Fun — Until It Isn't Paul Murray's absurdist tale of banking, art theft and failed schemes might be the funniest book about the European financial crisis you'll read all year — but it's bloated by too many subplots.

'The Mark And The Void' Is Good Fun — Until It Isn't

'The Mark And The Void' Is Good Fun — Until It Isn't 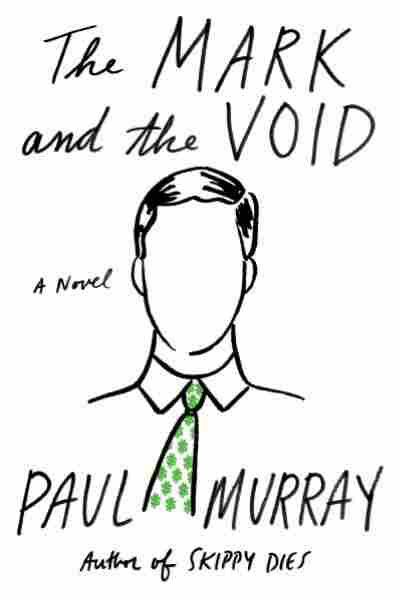 The Mark and the Void

Title
The Mark and the Void
Author
Paul Murray

This is the funniest book about investment banking and the European financial crisis you'll read all year. Probably.

I mean, who knows? It's possible that the field of banking fiction is just full of laughs, but I doubt that anyone out there has captured the absurdity of it, the gallows sense of laughing so you don't scream all the time, the way Paul Murray has with his new novel, The Mark And The Void.

It's not the banking itself that's funny (except when it is) or the bankers (except when they are), but the friction of the banks and bankers rubbing up against the real world. It's the kind of funny that only works because everyone and everything is so serious, so involved, that no one notices the ridiculousness. It's observational humor done with nothing but straight men. A bottled-up workplace comedy that begins in catastrophe, progresses to apocalyptic disaster and yet ends almost exactly where it began.

And it begins with Claude, a French analyst working in an Irish financial center for the Bank of Torabundo, which itself is headquartered on a Pacific island-turned-tax haven. The Bank of Torabundo is a shadow bank that survived the worst of the global market crash by staying away from toxic securities and risky derivatives, then promptly fired its CEO for not being aggressive enough. The new boss (one Porter Blankly) is a mysterious, cultish idiot who leads via mass emails that say things like "Think counterintuitive," and immediately tangles the bank up in swaps, shorts and financial schemes so shady and complicated that no one — not even the traders who sell them — understands how they work.

It's the kind of funny that only works because everyone and everything is so serious, so involved, that no one notices the ridiculousness. It's observational humor done with nothing but straight men.

That is, of course, the trick of all of it. "It's a fiction," Claude says, meaning the deals, the analysis he does, the bank itself. It's convenient because right at the start, Claude is approached by Paul — a failed writer who claims to be working on a new novel. This one is about banking (his previous one was about clowns), the relationship of financial institutions to the real world, and the life of an Everyman toiling inside one. Claude, he thinks, would make the perfect Everyman. All Paul needs is to be allowed (along with his partner Igor, an ex-KGB thug whom he passes off as a poet and art historian) to shadow Claude for a little while — to see how things inside the bank actually work.

Except Paul isn't really writing a book. He's planning on robbing the bank. Right up until Claude explains to him that Bank of Torabundo is an investment bank and, therefore, has no actual money. At that point The Mark And The Void turns a corner and becomes a book about Paul trying to start a website called myhotswaitress.com (because myhotwaitress.com was already taken, natch) which would allow customers to gather information on (read: stalk) their favorite servers at local pubs and restaurants. And when that scheme fails, it's a book about an art heist. And when that fails, it becomes, briefly, a book about bank robbery all over again — about the way that someone really might rob a bank that has no safe and nothing but imaginary money inside.

It's goofy good fun until the goofy wears thin, and then it just becomes a book with too much middle, with too many twists and reversals that eventually just feel like stalling for an ending that doesn't really pay off.

Yes, it's as messy as it sounds. Boggy and bloated with a dozen too many subplots. There's an artistic waitress in there. A love story. Digressions about anthropology, ancient financial systems, strippers, slavery and reggae (because Jurgen, Claude's supervisor and the novel's straight-laced, hilariously humorless Virgil, once played with Gerhardt And The Mergers, "one of the best reggae and rocksteady crews on the Bavarian financial scene"). It's goofy good fun until the goofy wears thin, and then it just becomes a book with too much middle, with too many twists and reversals that eventually just feel like stalling for an ending that doesn't really pay off.

And yet, a fair number of the completely bizarre or harebrained left turns in the plot seem to occur naturally, growing out of need or want. When the plot stumbles, it's the characters that hold The Mark And The Void together, and Murray's careful cultivation of a cast of complete nut-jobs who (like most honest nut-jobs) have no idea that they're the craziest person in a room, a building or an industry already completely full of crazy people.