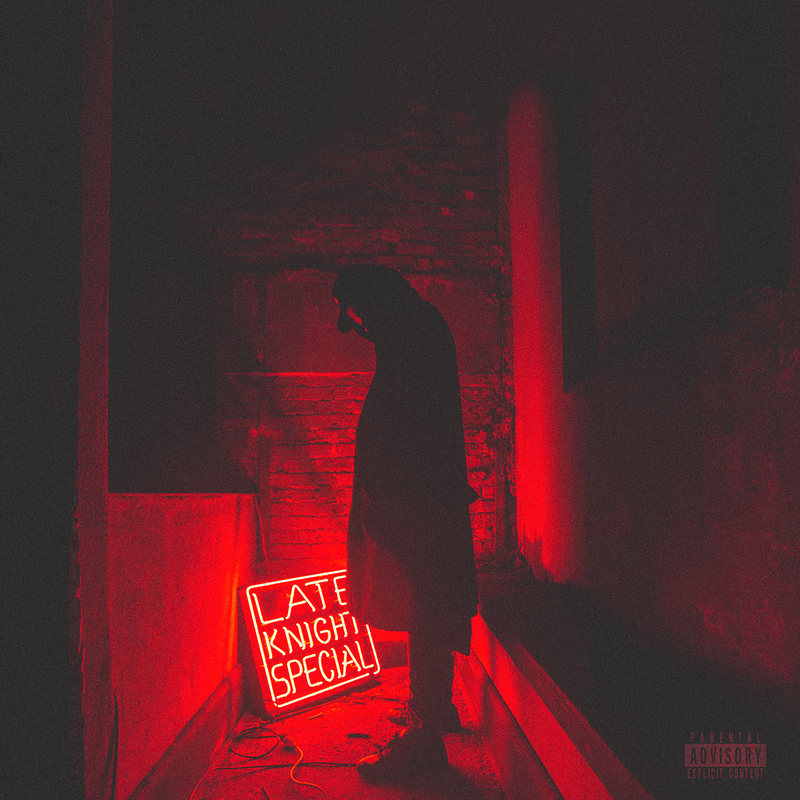 "[We'll bring them here through either isotopic] teleportation, transmolecularization, or better still—teleport the whole planet here through music."

The first voice you hear on Kirk Knight's album, Late Knight Special, is that of the experimental jazz bandleader and Afrofuturist philosopher, Sun Ra. It's an audio clip from Ra's 1972 cult classic film, Space Is The Place, in which Ra details his plan to transport Earth's oppressed black population to a utopian safe haven on another planet. Atop the rich, warm bass line and ethereal harps of "Start Running," Late Knight Special's opening track, the sound bite indicates Knight's intentions: he too wants to take listeners on a trip. Knight's excursion, however, is less astral, more sonic — and quite personal. It's a guided musical tour into the mind of a 19-year-old from Flatbush, Brooklyn, whose thoughts, emotions and desires are a universe onto themselves. And "Start Running" is his Big Bang: "It's not rap no more / this that Negro f***** spiritual / that astrophysical / in that instance stars are born / with that instinct, we just press the mic record/ and let it run..."

Knight is a member of the Pro Era collective, wherein he plays the dual roles of producer and rapper. (Among his production credits is "Big Dusty" by Joey Bada$$, the crew's best-known artist.) Like RZA and Madlib before him, Knight isn't concerned with vying for the "best producer on the mic" title as much as he is with creating a cohesive vibe. On Late Knight Special, his production style moves effortlessly from retro boom-bap ("5 Minutes") to contemporary synths and trap percussion ("Knight Time"). Whether he's eulogizing fallen associates with the help of Thundercat and No Name Gypsy ("Dead Friends") or creating an ode to his home borough ("Brokeland"), Knight's soundscapes vary deeply without ever clashing, complementary parts of a well-rounded whole.

His moods shift throughout as well: sometimes Knight is contemplative ("All For Nothing"), sometimes flirtatious ("Scorpio"), sometimes aggressive ("Brokeland"). He takes us through the highs and lows of his life with a breathless flow that straddles the line between passionate recitation and excited ramble. In fact, the defining feature of his rhyme style is the earnestness in his voice. So Late Knight Special may not be as grand a ride as Sun Ra's fictional interplanetary exodus, but it is ambitious in its own right, and worth taking nonetheless.