Accessibility links
Bill Murray Can't Bring The Rhythm To 'Rock The Kasbah' There could be some subversion in a comedy about a music manager trying to get a singer on the American Idol counterpart, Afghan Star, but in the end, there isn't. 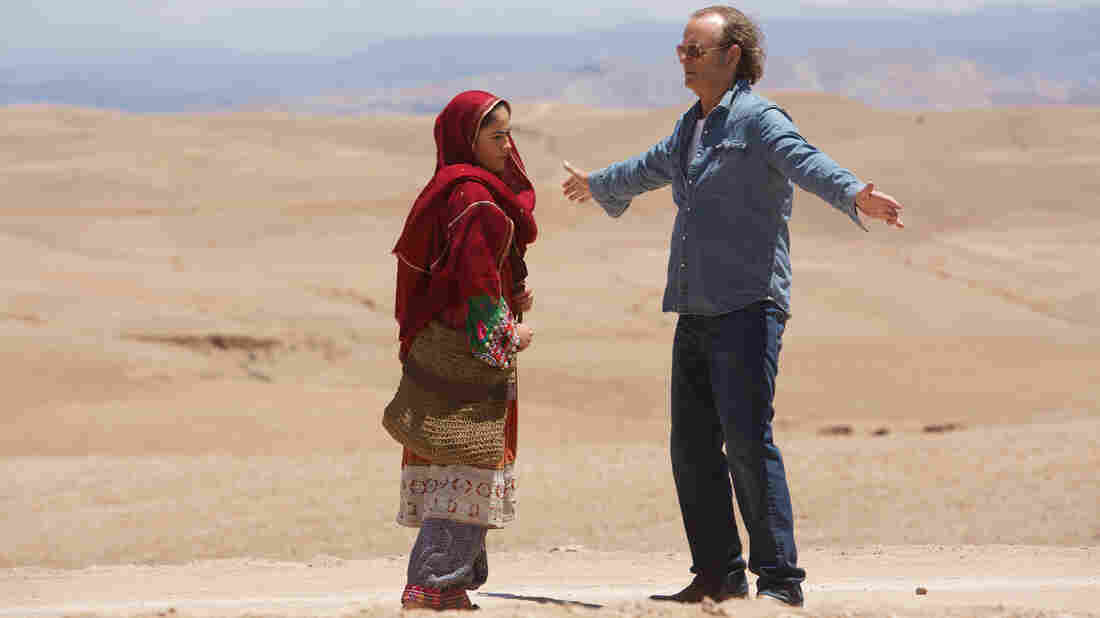 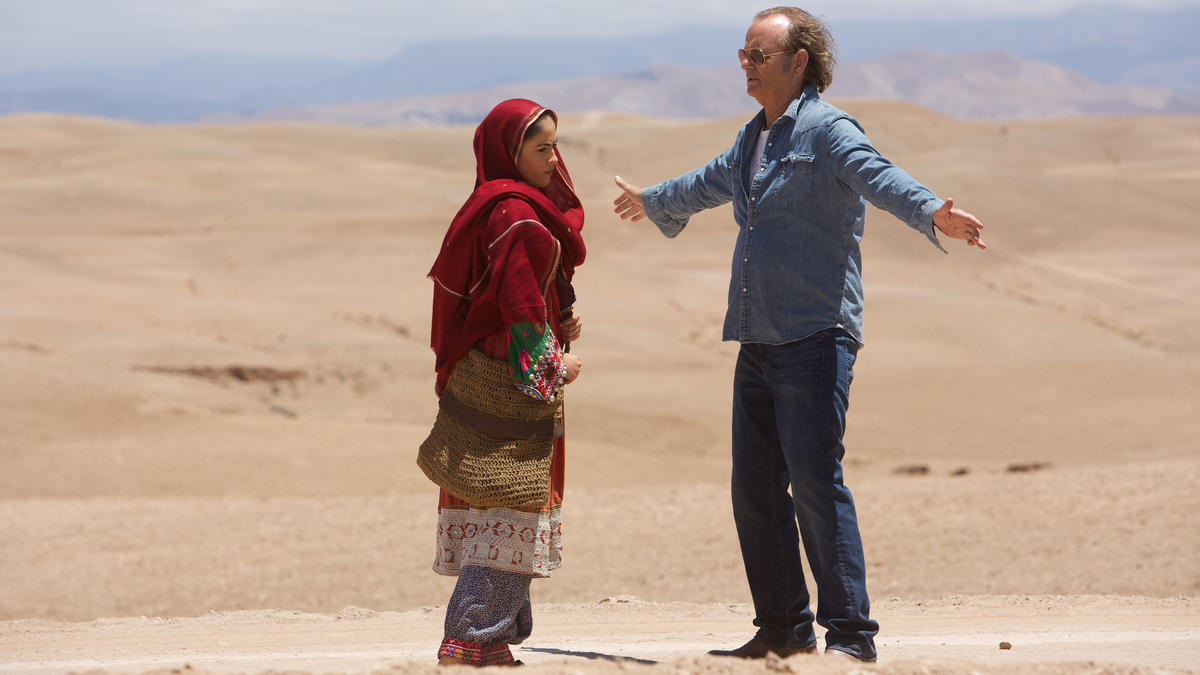 Richie Lanz (Bill Murray) is a passe rock manager who, while stranded in Kabul, discovers Salima Khan (Leem Lubany), a Pashtun teenager with a beautiful voice.

When it comes to music, Afghanistan is famous for the Taliban's ban on it during their rule. And when it comes to Afghan women and music, well, they tend to face the same constraints as in every other arena. Yet women have competed on Afghan Star, the local counterpart of American Idol, since the program premiered in 2005. One of them, Setara Hussainzada, inspired Rock the Kasbah, a comedy set on the front lines of tribal strife and pop-music combat.

There's potential for subversion here, with the usually anarchic Bill Murray in the central role and a script — by frequent Murray collaborator Mitch Glazer — that mocks the nobility of the U.S. occupation of the notoriously unoccupiable country. But Rock the Kasbah's timing is so slack, and its screenplay so shapeless, that the movie doesn't even rise to the level of an Afghan War Stripes. It's almost as laugh-free as the latest news from Kunduz.

Murray plays Richie Lanz, a burned-out L.A. music manager reduced to conning wanna-be Madonnas with promises of stardom. He's closer to a Ponzi-scam artist than to the merely unemployed guy Mark Ruffalo played in Begin Again, last year's parable of the power of a young female performer to redeem a music-biz wastrel.

At one such embarrassment, Richie meets a guy who offers Ronnie a USO tour of Afghanistan. The singer is leery, and soon after arriving in Kabul, she ditches the country — and the movie — with Richie's cash and passport.

Trapped in Afghanistan without a comic foil, Richie tries out Merci (an American hooker played by Kate Hudson) and Bombay Brian (a mercenary impersonated by Bruce Willis). Both are seriously underwritten, so make little impression, although they do at least stick around for the rest of the story. It's unclear what Willis' American-accented character has to do with Bombay, but the name Merci (pronounced "mercy") exists just for one gag that can't be repeated here.

Offered major cash by two sleazy arms dealers, also Yanks, Richie undertakes a dangerous mission to a Pashtun village. There he hears an angelic voice that belongs to, of course, the local warlord's daughter. Richie arranges for Salima (Leem Lubany) to appear on Afghan Star, which leads to complications that have none of the urgency of real-world religious, social or familial conflict.

One of the central jokes is that Richie, as a Hollywood huckster, is better suited to negotiating cross-cultural deals than, say, John Kerry. But the dialogue written for Murray is limp, and his delivery is lethargic. Simply speeding everything up would have made Richie a more credible wheeler-dealer.

Director Barry Levinson has relied heavily on music before, notably in Diner, and Glazer is a former rock journalist. So it's no surprise that Rock the Kasbah signposts thematically apt 1960s and '70s pop and rock numbers from the likes of Bob Dylan and Blind Faith (but not the Clash tune that provides the film's title). Salima draws her material from the songbook of the most successful Western singer-songwriter ever to convert to Islam.

In a sharper movie, such musical in-jokes would be almost subliminal. But here they're often the only comedy for miles. When Richie performs a campfire rendition of "Smoke on the Water," it's not especially funny. But Levinson lingers on the scene, apparently aware that what will follow is even less amusing.