Accessibility links
There's Goofy Fun To Be Had In 'The Last Witch Hunter' If you can't appreciate Vin Diesel removing an evil bug from the face of Michael Caine, what do you have left to be happy about?

There's Goofy Fun To Be Had In 'The Last Witch Hunter'

There's Goofy Fun To Be Had In 'The Last Witch Hunter' 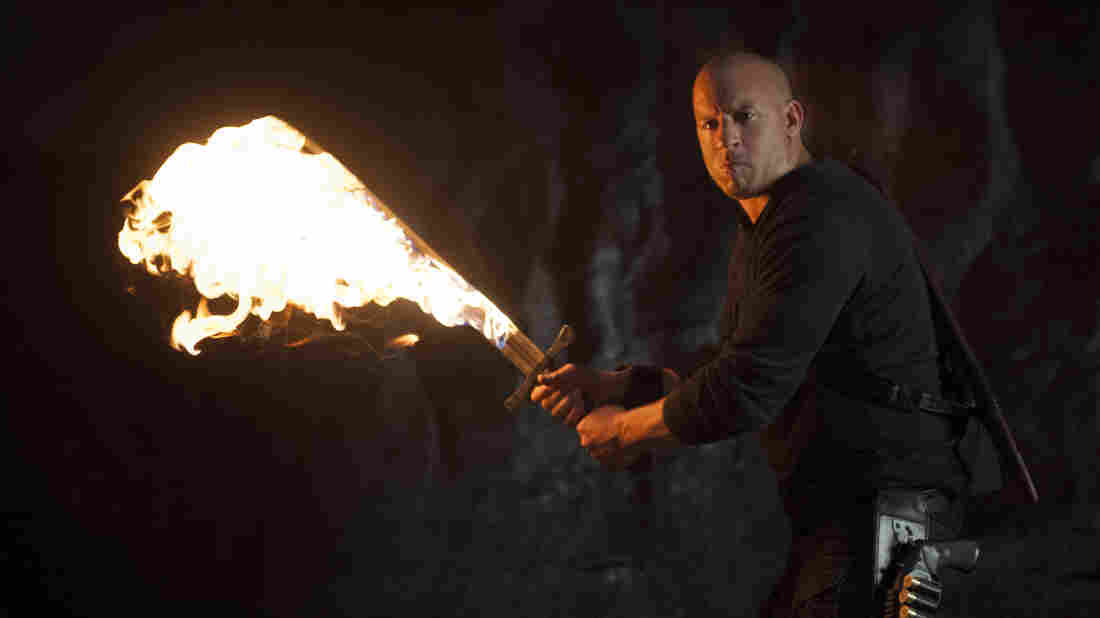 Vin Diesel as Kaulder in a scene from The Last Witch Hunter. Scott Garfield/Courtesy of Lionsgate Films hide caption 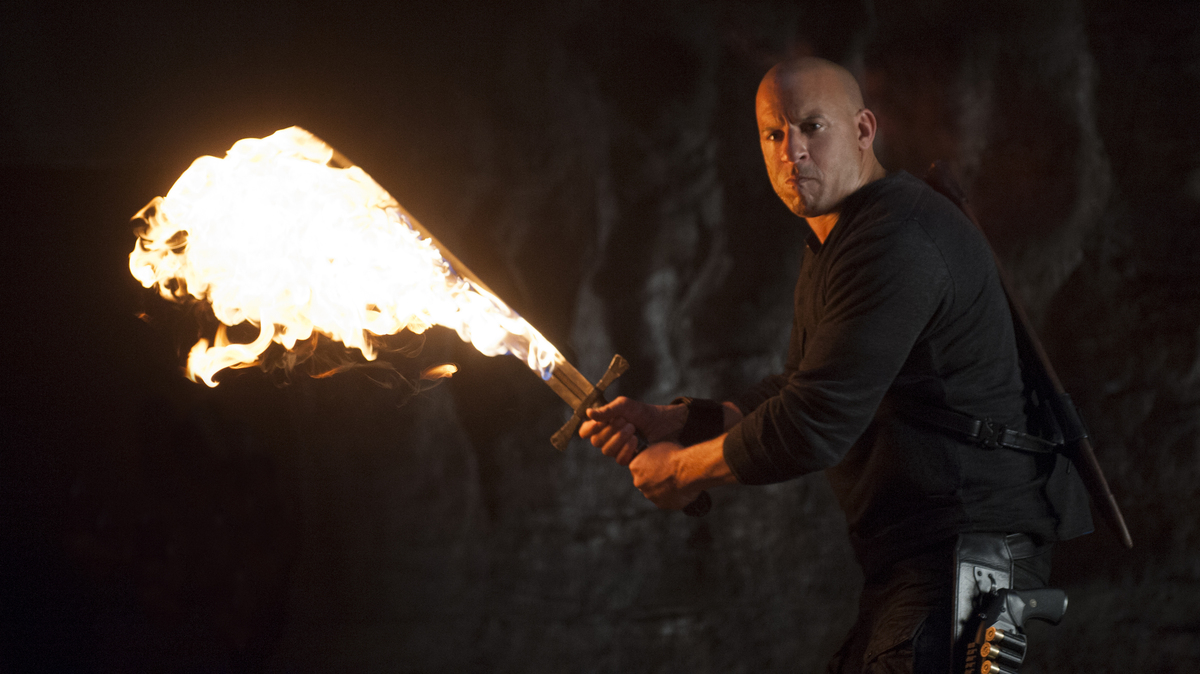 Vin Diesel as Kaulder in a scene from The Last Witch Hunter.

There are some cinematic images which, if we were unable to appreciate them for their silliness, would make us fall into a pit of despair about the state of entertainment. Vin Diesel popping an evil bug out of Michael Caine's face like a zit, for example. Or an ancient stone door in a sleek Manhattan luxury apartment that can only be opened with what looks like a high school class ring. How about a musclebound beefcake detecting magic by fogging up a window with his breath as though he were a really, really serious five-year-old? We must cherish these sights and remember their dumb charms, hold them close like jewels, lest they slip from our fingers in the geyser of unmemorably dumb stuff in our current day and age.

These are just some of the absurdities that await us in the cheeseball funhouse of The Last Witch Hunter, the latest Diesel-run action franchise starter. This one is modeled after—what else?—Diesel's Dungeons & Dragons character. Thankfully, the Fast & Furious star has an admirable commitment to the preposterous. Some action heroes take themselves too seriously, or think they're making popcorn fun when they're really filleting us with endless rounds of ammunition. Not Diesel—this is an actor who knows he's at his most entertaining when he's growling something of epic resolve in his rustic man-cave of a voice. Any sort of variation in pitch would ruin the fun.

We first meet Diesel's Kaulder eight centuries ago, storming a remote witch cave in animal skins and a bald-and-bearded facial style that would look pretty good on Andy Samberg. He's cornering the Witch Queen with his tribe of hunters, but just before he slays her, the queen curses Kaulder with eternal life—that bug Blake Lively also came down with earlier this year. This leads nicely to present-day New York, where witches live in secret and Diesel gets to call a Knight of the British Empire "kid."

True, one of the most respected actors alive should not be in a witch-hunting movie, but Michael Caine's been in worse, and he seems to be enjoying himself, so let him be. Besides, he doesn't stick around for long, as the priest he plays—the latest in a succession of council-appointed holy men to aid Kaulder in his fight against underworld demons—is found dead under mysterious circumstances. Investigating his friend's death alongside the mousy replacement priest (Elijah Wood) and an attractive young good-girl witch with the ability to enter dreams (Rose Leslie of Game of Thrones) will lead Kaulder to fights unfinished, and more phrases to growl.

If things were only a smidge cheerier we'd be in Jason and the Argonauts territory, and the film does seem like it could use a dose of Ray Harryhausen creature-feature magic. One eerie shot of a charred witch's still-beating heart being lifted out of her corpse by the tip of a sword gives hints as to what might have been with more physical effects and less CGI. The world-building itself, helped by three credited screenwriters, isn't all that inventive: Talk of an ancient truce, secret clubs where people get high on spells, and magic councils all get lost in the muddle. But director Breck Eisner (The Crazies) undercuts all that nonsense with charmingly incongruous jokes about cell phones, cab fare, and putting out demon blazes with fire extinguishers.

The witch huntin' runs out of gas in the homestretch, as do the threats of PG-13 eternal damnation. The color palette darkens, the action gets blurry, and interest in Kaulder's trials wanes. This doesn't bode well for the Witch Hunter sequel, which (witch?) is already in development. Dumb stuff only remains charming for so long. Of course, that's what everyone thought about the early years of the Fast & Furious franchise, so maybe there's no predicting immortality.