Accessibility links
Pop Culture Happy Hour: 'Bridge Of Spies' And Lots More Tom Hanks On this week's show, Audie Cornish is with us to talk about the latest Steven Spielberg project and about the long career of its star. 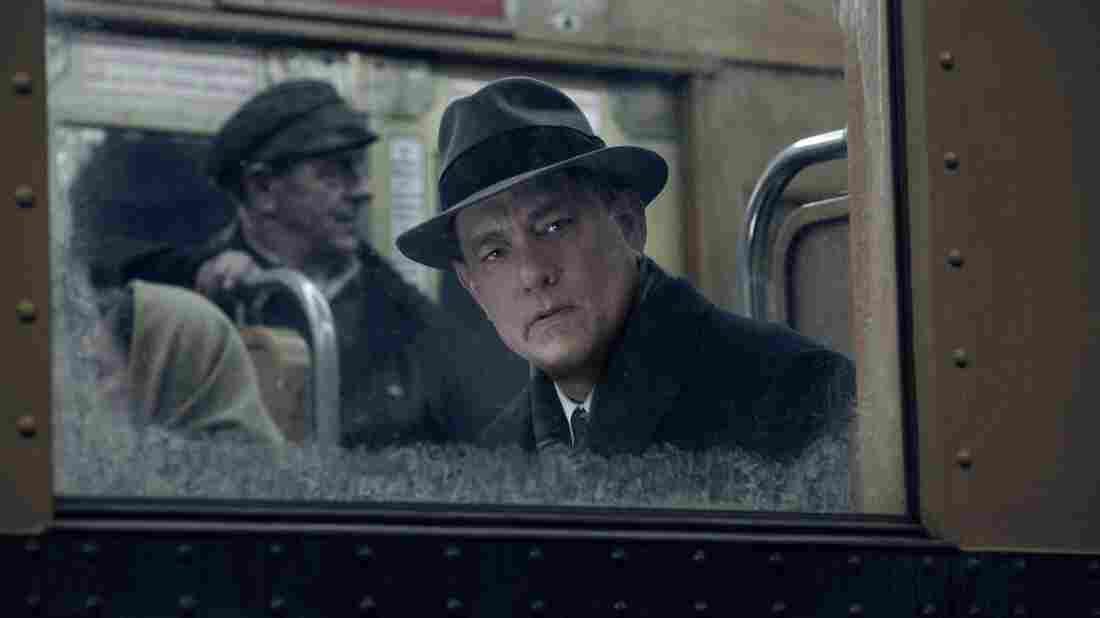 Tom Hanks as lawyer James Donovan in Bridge of Spies.

We're always pleased as punch when Audie Cornish of All Things Considered joins us in historic Studio 44, and this week, she's here for our talk about Bridge Of Spies, the high-class Steven Spielberg drama starring Tom Hanks as an American lawyer who negotiates a complicated Cold-War-era swap of a Russian spy for an American pilot. We all agree that there's something sort of timeless about this film in some good and less good ways, and we try to dig in to the pacing, the aesthetic, the performances, and what a lukewarm response to a film like this might say about what exactly we expect out of movies.

The star of Bridge Of Spies, Mr. Tom Hanks, goes way back with a lot of us — back to TV sitcoms, in fact, as you will hear in some detail. But we also explore his film career: is there such a thing as a Tom Hanks movie? What's the relationship between range across many roles and range within a single type? And wasn't Joe Versus The Volcano wildly underappreciated at the time? (Yes. Yes, it was.)

As always, we close the show with what's making us happy this week. Stephen is happy about perhaps the greatest thing you will ever read about a single inning of baseball. (Seriously: treat yourself.) Glen is happy about an unlikely interview and a comedy special that is indeed very, very funny. Audie is happy about a song she found herself singing along to all of a sudden as well as a trailer over which she was surprised to find herself "cautiously optimistic." I am happy about being totally addicted to the bonkers and often very frustrating world that is HBO's Project Greenlight.