Accessibility links
The Bonnets Come Off In 'Suffragette' Screenwriter Abi Morgan's new movie focuses on the working-class women who fought for votes in the U.K. before World War I. She tells NPR she had no intention of making a polite British costume drama. 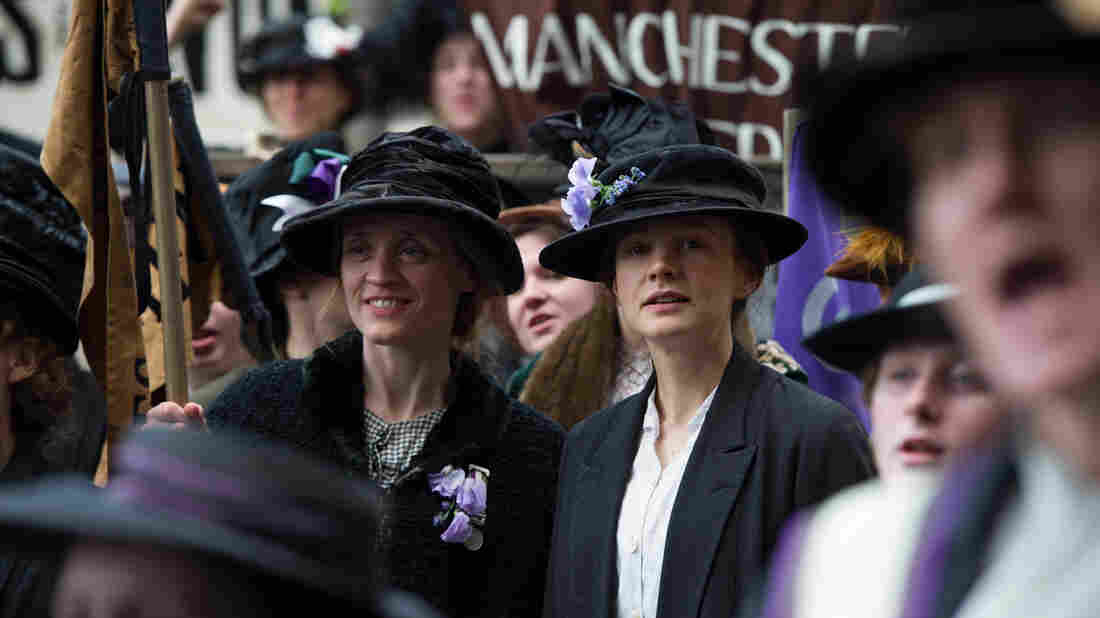 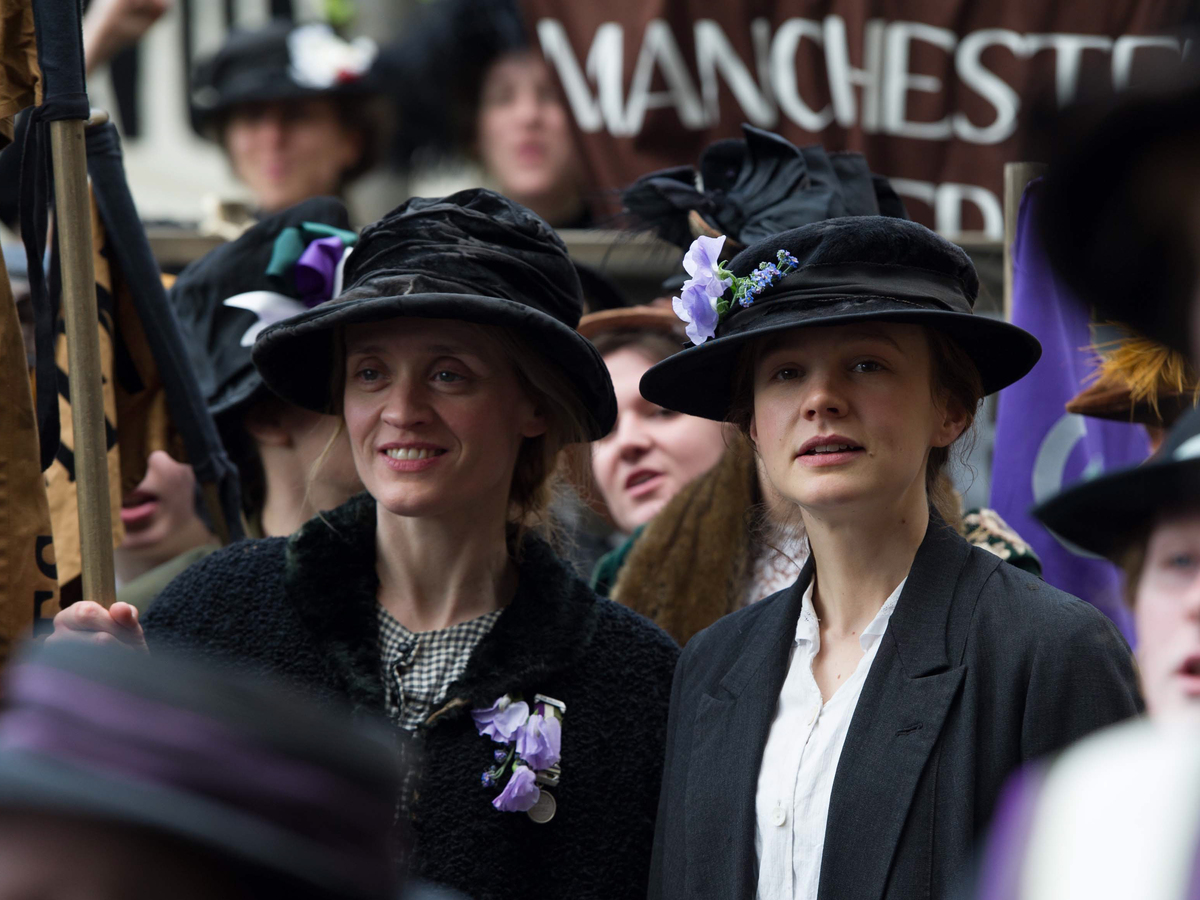 Anne-Marie Duff and Carey Mulligan are laundry workers who join the fight for women's votes in the new movie Suffragette.

Screenwriter Abi Morgan told Margaret Thatcher's life story in The Iron Lady, and co-wrote the controversial film Shame, about a sex addict. Her stories for movies and television have gotten Oscar nods, BAFTAs and plenty of other awards.

And for her latest film, she finds drama in the women who fought for the vote in Britain in the first decades of the 20th century. Suffragette stars Carey Mulligan, Helena Bonham Carter and Meryl Streep, who plays one of the best known political activists of that time, Emmeline Pankhurst, founder of the Women's Social and Political Union.

The film is set before World War I, but Morgan tells NPR's Audie Cornish that she wasn't interested in writing a polite British costume drama. "I was a bit resistant, because I was thinking tambourines and corsets and bonnets, and you know, wide brimmed hats and ladies who drink tea, giving out fliers, and so that was my very limited knowledge of the suffragettes," she says. "And then actually when they showed me the incredible research, everything from police surveillance records through to testimonials of working women, and sort of newspaper articles and newsreels at the time, I just realized there was a fascinating movie here."

On the first draft of the script

I actually wrote it from the point of view of sort of a middle-to-upper-class woman called Alice, played by Romola Garai in the movie, and into her world where she is running the home while her MP husband goes and berates the suffragettes in Westminster. Comes a young laundress called Maude, and actually, the more research I did around the laundries and Maude, I realized that it was the story of the working women that really fascinated me. And I thought, no actually this is where we should set the film. We should give voice to the voiceless.

We kept on saying it's a kick-ass movie. You know, these women blow things up.

On what these women did

We kept on saying it's a kick-ass movie. You know, these women blow things up. You know, they set light to pillar boxes and they cut telegraph wires. ... But what was incredibly compelling was that these women, after such a long period of peaceful protest, split at this point — and it was Mrs. Pankhurst who spoke to the women and said, look, we're not being taken seriously. We need to attack public property. No human life must be lost, but I ask you to try and attract the attention of the media, and more than that to try and attract and change the point of view of Westminster who were very, very undermining of the women throughout their campaign.

On the radicalization of Maude

Well I think that was the point of choosing an everywoman, you know, realizing that actually great moments of history often are led by the ordinary women. And so it was fascinating to me to imagine what would take you from being a passive outsider — as Maude is at the start of the film — to actively engaging with the disparity and the unhappiness in your life, to motivate your own militant activism.

On the exclusionary nature of that era's feminism

I think it's a really important conversation and we shouldn't duck it. I mean the truth is that this film focused on the U.K. suffragette movement, which was very different to the U.S. suffragette movement in terms of the incredible and diverse Britain that we have today just wasn't in existence to the same degree in 1912 Britain. And all the research we did, we didn't find any women of color.

It was fascinating to me to imagine what would take you from being a passive outsider — as Maude is at the start of the film — to actively engaging with the disparity and the unhappiness in your life, to motivate your own militant activism.

And the truth is there were two very high profile women at that time — Princess Sophia Duleep Singh, and she was an extraordinary woman, but she was the god-daughter of Queen Victoria and an aristocrat. And then there was Bhikaiji Cama, who was also an extraordinary and yet aristocratic Indian woman who was exiled subsequently in Paris because she refused to give up her views on suffrage movement and so couldn't return to India. And so these women were exceptional women. But they were absolutely in a minority, and so what I hope that you take from this film is a sense that this is a film that is absolutely about trying to empower women and trying to promote and inspire equality for all women across the globe.

On movies she hasn't yet made

I've done two or three films that, you know, are very important to me that don't get made. And I think they also have their time. And I think in this extraordinary digital age where, as I said, we're so connected with global inequality, I think what's been exciting for us about this film is we thought it would land quite lightly and would just become another film. But it's really great that some of the conversations — including conversations about diversity — but certainly about women's place in the industry and are we getting parity, and have things changed since this extraordinary movement to get the vote? I think they're all really, really vital and alive conversations and we should be having them. So, you as much as I'm sad about the films I don't get made, I'm incredibly grateful when they do find their time and do get made.