Accessibility links
Bruce Campbell Bruce Campbell thinks "it's about dog-gone time" that horror is mainstreaming━and so do his fans. 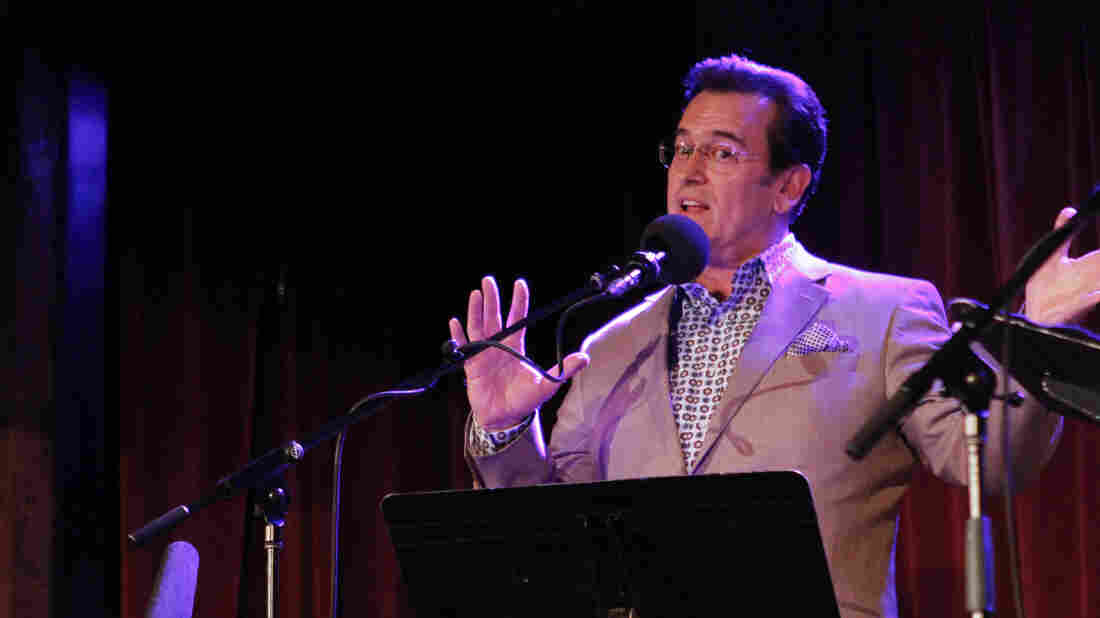 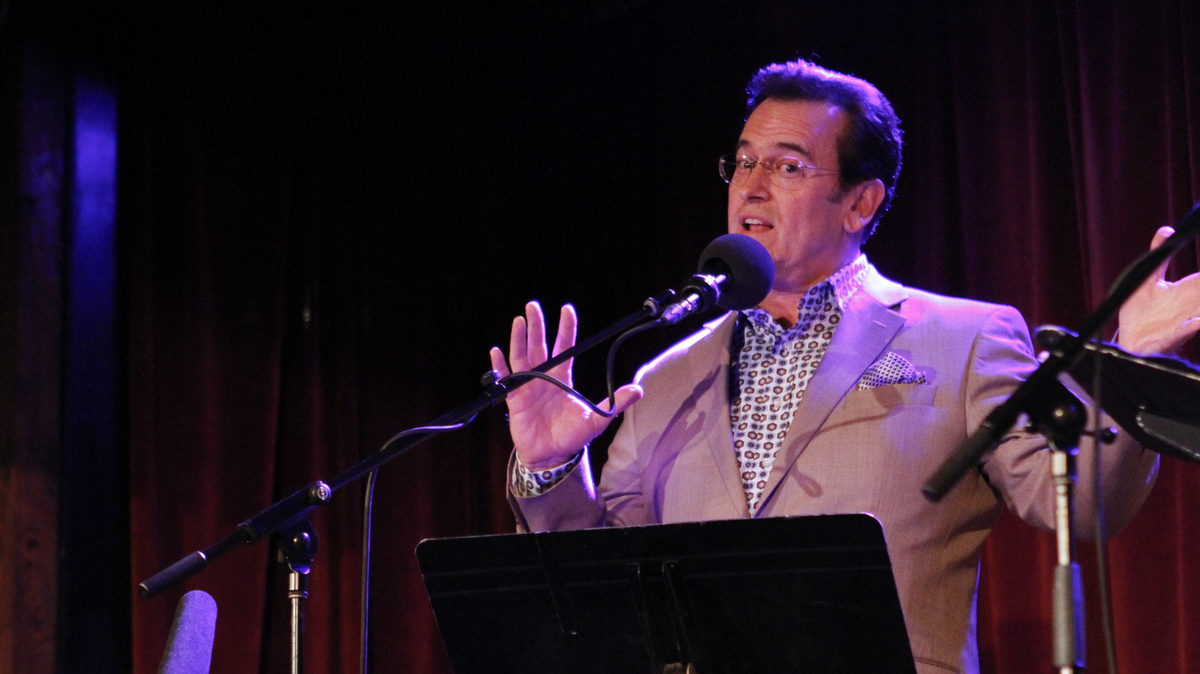 Bruce Campbell thinks "it's about dog-gone time" that horror is mainstreaming━and so do his fans. Now a cult-horror icon, Campbell got his big break making Evil Dead (1981) with his high school friend Sam Raimi (who went on to direct the Tobey Maguire Spider-Man movies and Oz the Great and Powerful). Since the original Evil Dead, there have been two sequels and a reboot movie. But the fans just can't get enough. "They demanded it." Campbell told host Ophira Eisenberg on the Bell House stage in Brooklyn. "They were very rude over many, many years." Lucky for them, the original team is making a return to TV, with the Starz series Ash vs. Evil Dead.

Campbell returns as the reluctant hero Ash. "I'm too old to do it worth a damn now," he said, "but you know, what the hell. I'll give it a shot. My stunt guy's awesome." The show promises to bring the "splatstick" (their signature mix of horror and comedy), and don't worry, Campbell promised there'll be plenty of blood. "I was killing a zombie above me. And gravity will do what it does... I'm killing this demon and my mouth is open and the spigot is right above me. So there you go."

Campbell invited his co-star and longtime friend Lucy Lawless to play against him on Ask Me Another. Lawless, who played the titular character in Xena: Warrior Princess, roused the crowd with her famous battle cry before chatting about role in Ash vs. Evil Dead. She plays Ruby, a woman on the hunt for Ash. "I want vengeance," she explained. "Plus, [Ash] just released the deadite plague for a second time! He's that big [of] a dunce. So it is time to eradicate him."

Who could be better for some friendly competition on our Halloween show? For this VIP game, Ask Me Another polled the audience on how they might survive a zombie apocalypse. Then Eisenberg put Lawless and Campbell's undead expertise to the test.

Bruce Campbell on making a TV show over another movie

Mr. Sam Raimi makes movies that cost hundreds of millions of dollars now. We didn't think another Evil Dead movie needed to be as expensive as Oz the Great and Powerful... If you spent 200 million dollars on an Evil Dead movie...that's a bad idea. It just is.

Campbell on all that blood

I've choked and had to hold up my finger and disgorge a mouthful of blood...And it tastes just as crappy as it did in 1979.

Lawless on the need for female action heroes

I don't think that Xena and Gabrielle's job is done. There's still need not just for female empowerment, but also self-realization and triumph of the individual against the tyranny of the many.