Accessibility links
Interview: Adrian Daub and Charles Kronengold, Authors Of 'The James Bond Songs' Scott Simon speaks with the authors of a new book about the two dozen theme songs produced by the James Bond films, and what they say about the times in which they were written. 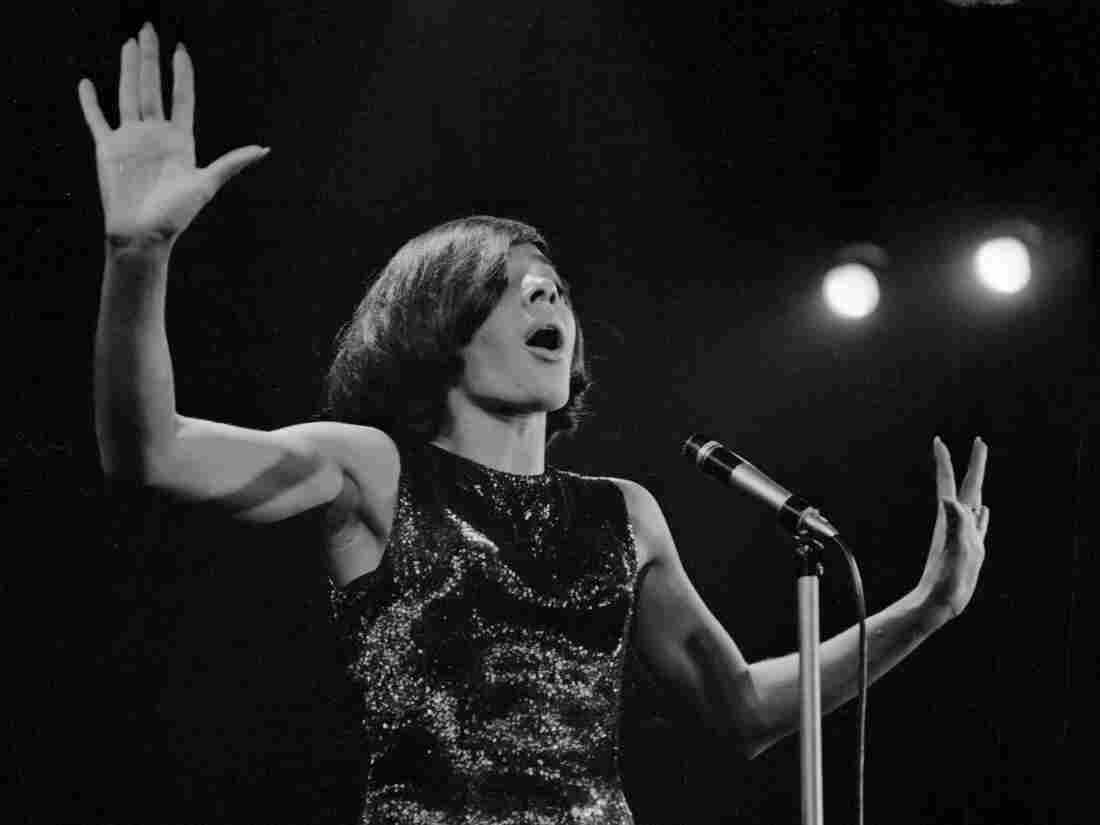 Dame Shirley Bassey's "Goldfinger" isn't just the best-known James Bond theme: It's the standard by which all other Bond themes are measured. Express/Getty Images hide caption 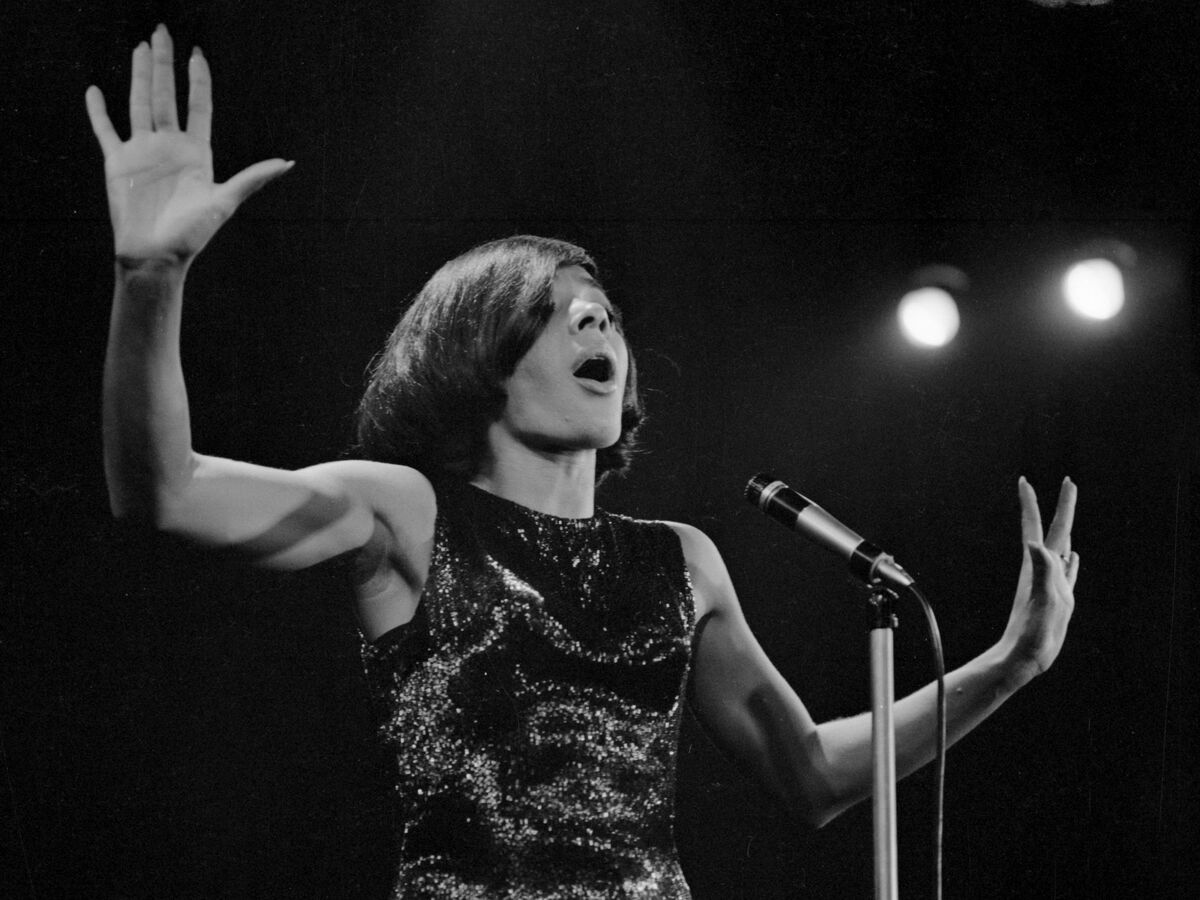 Dame Shirley Bassey's "Goldfinger" isn't just the best-known James Bond theme: It's the standard by which all other Bond themes are measured.

A new James Bond movie tends to mean a few things: a new villain, two new Bond girls (one of whom may or may not be painted gold), and — perhaps most dependably — a new song playing behind the opening credits. Fifty years of Bond films has left much music to be analyzed, and the Oxford University Press does just that in a new book called The James Bond Songs: Pop Anthems of Late Capitalism.

NPR's Scott Simon caught up with the two Stanford University professors who wrote the book: Adrian Daub, who teaches German Studies, and Charles Kronengold, who teaches music. Hear their conversation at the audio link, and read an edited version below.

Scott Simon: It seems fair to assert that Dame Shirley Bassey's "Goldfinger" remains the best-known Bond theme. Did that song break the mold — or make the mold, I should say? 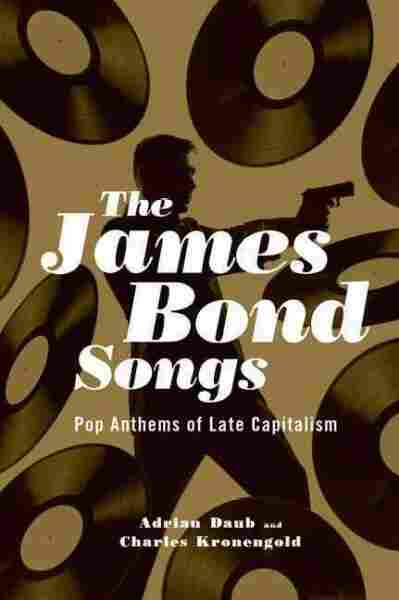 by Adrian Daub and Charles Kronengold

Adrian Daub: It did. This is the song that everybody's been trying to copy ever since, and it's the standard that listeners hold these songs up to on whatever level of consciousness. You listen to a new song every two or three years, and on some level you ask, "Is this measuring up to what Shirley Bassey did with 'Goldfinger'?"

One of the things you point out in this book is, some of the best-known recording artists of their time have done a James Bond song — and yet, if you do a greatest hits of that artist, that Bond song is not necessarily there. Why do you think that is?

Charles Kronengold: I think it's because there are so many constraints put on you when you're writing a Bond song, or singing a Bond song, that you have to feel yourself compromise — kind of pulled in two or three directions at once. I mean, if you're a lyricist, having to use a ridiculous word like "Moonraker" or "Thunderball" is not going to make your life any easier or pleasanter. It's not necessarily going to be your best work, so the records don't necessarily add up.

Simon: The first Bond film to star Roger Moore, after the long reign of Sean Connery, is 1973's Live and Let Die — and the title theme is performed by Paul McCartney. Do you think there's a little bit of composer autobiography in this song?

Daub: Yeah, I think it would have been hard to hear that in the mid-'70s — from someone who used to say, "Live and let live," but the world around him changed — and not think of the man at the mic.

Kronengold: I mean, being an ex-Beatle in 1973 is probably about as weird as being a James Bond who is not the guy who was James Bond 10 years earlier. This is Roger Moore, when people are just kind of getting used to the idea that Bond is going to somebody other than Sean Connery. And the idea that Paul McCartney is going to be still around, still making music, but not with The Beatles — what does that mean? Why does he even come to work? Why does he have to do this, and what's the point of it? And the song brings that out in a really nice way.

Simon: What do you hear in the newest Bond theme, "Writing on the Wall" by Sam Smith? Menace? Danger? Glamour?

Kronengold: Well, not enough menace and danger for our taste. It seems like they forgot about the swagger and the bite that the best Bond songs have.

Hear Sam Smith Break Down His Bond Theme, 'Writing's On The Wall'

Daub: At the same time, there's one part of it that we really like, and it seems to be the one that everyone else hates — which is when you get to the chorus. You know, a Bond song is supposed to play to the rafters; it's supposed to yell out the word "Goldfinger" over and over and over again. And that's the thing that Sam Smith, probably having listened back to the canon, decides not to do. The song builds to this amazing crescendo, and then just kind of ends with this whimper.

Simon: You say in the book that, in the end, Bond songs are perishable — and that's OK.

Daub: Absolutely. A Bond song, from the very first, says, "I will be here. I will be all over the charts. People will be humming me in elevators or in their cars. And then, you'll forget about me, and there'll be another one in two years." A pop song is supposed to stride on the scene with this sort of cocksure sense of, "This is all there is. This is all you should care about right now." And Bond songs are very honest with us! They say, "I'm a product tie-in for a movie. Eventually you'll forget about me, and that's all right."