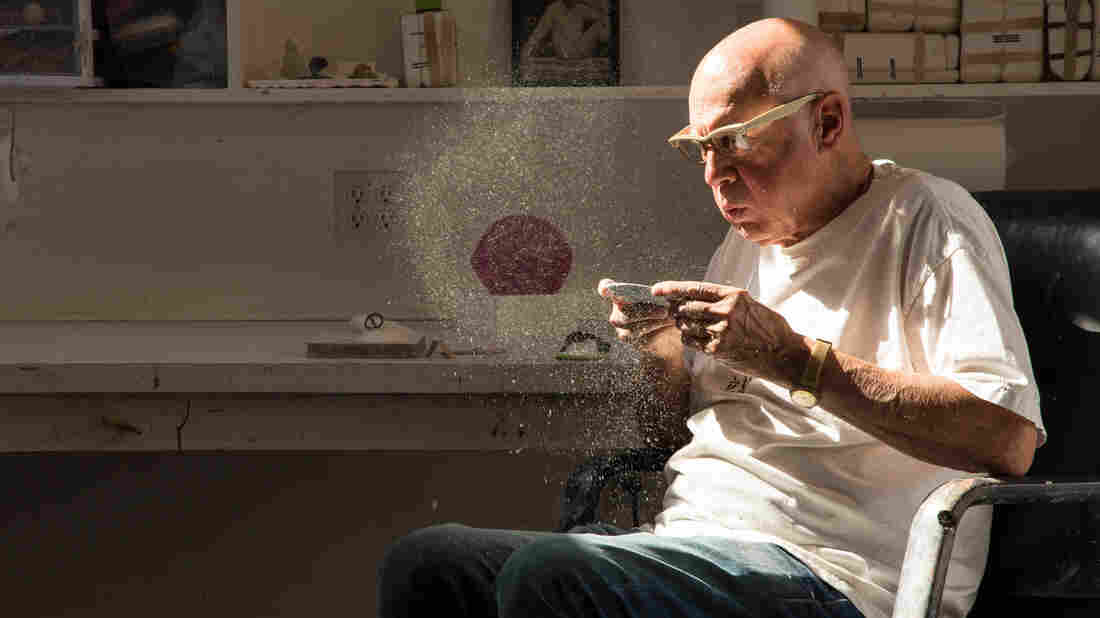 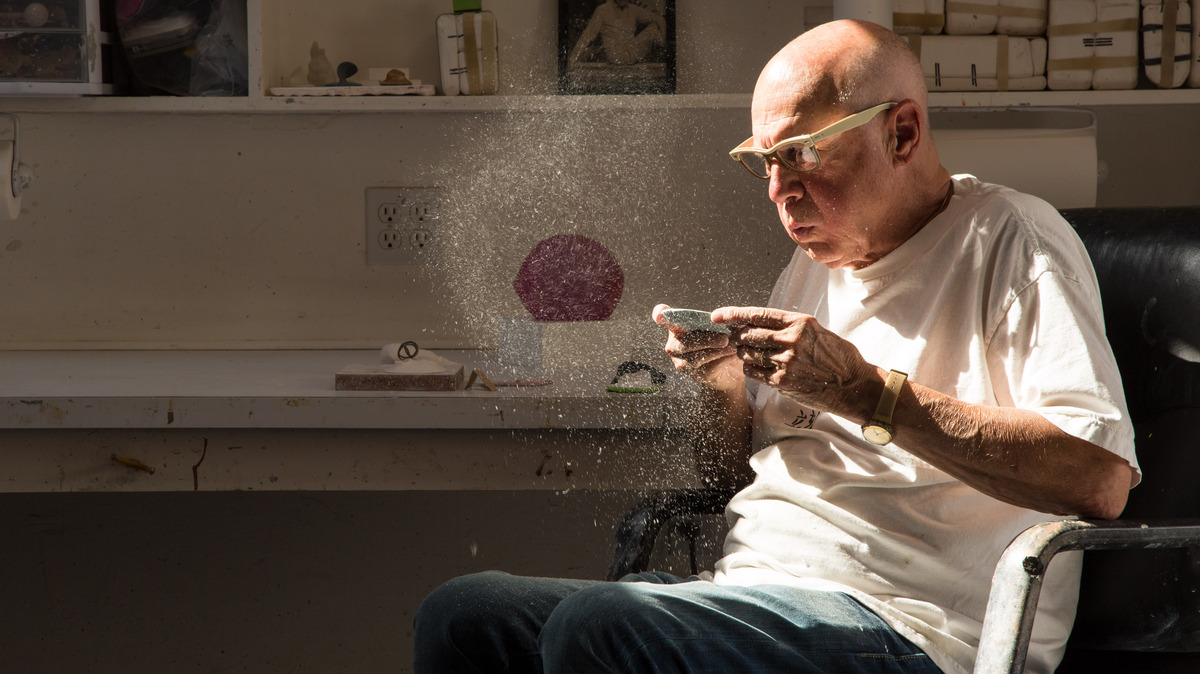 Ceramics artist Ron Nagle says his greatest gift is his sense of humor -- "basically because I'm a melancholy person," he says.

Ron Nagle is a lot like his ceramics: compact, tidy, quirky — and colorful.

The artist, who has helped take clay to the heights of the contemporary art world, recently sported black pants, a blue-and-white striped T-shirt, white shoes, red socks and a rose-colored hat.

Around his neck hangs a long silver chain, filled with charms. There's a heart, signifying Valentine's day, the date he was married decades ago; an R for his first name; a skull representing death; a hare, Nagle's sign in Chinese astrology.

"This is the most important," he says, showing a slice of cheese. "It just means — well, you'll get it later." 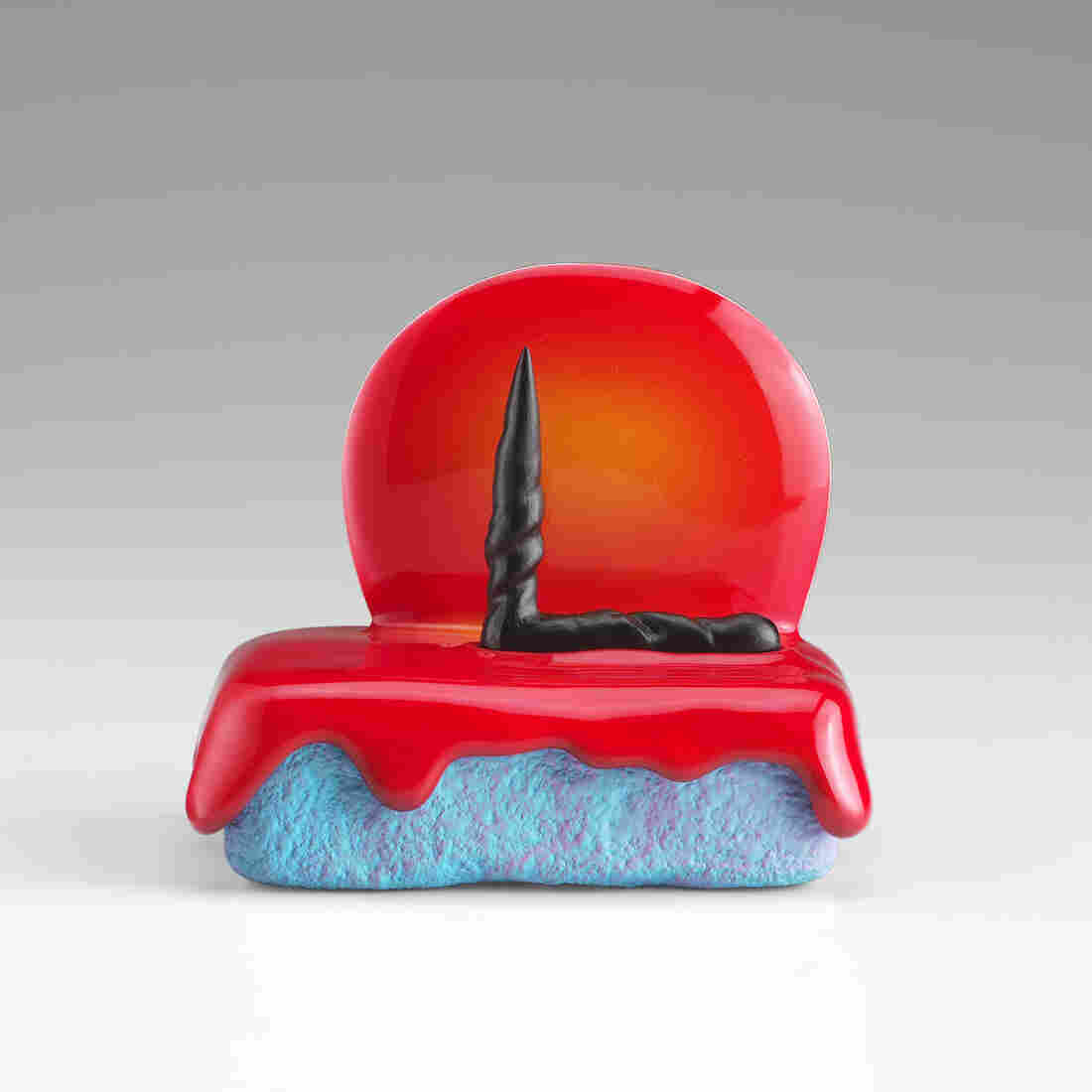 Nagle, 76, has pieces in the permanent collections of the Metropolitan Museum of Art in New York, the Philadelphia Museum of Art and the Detroit Institute of the Arts.

On top of all that, Nagle is seeing a CD reissue of his 1970 solo record.

In one song, he laments, "Cheese now, there's no time like the present — do I have to die to get it?" Now, his wait may be over. 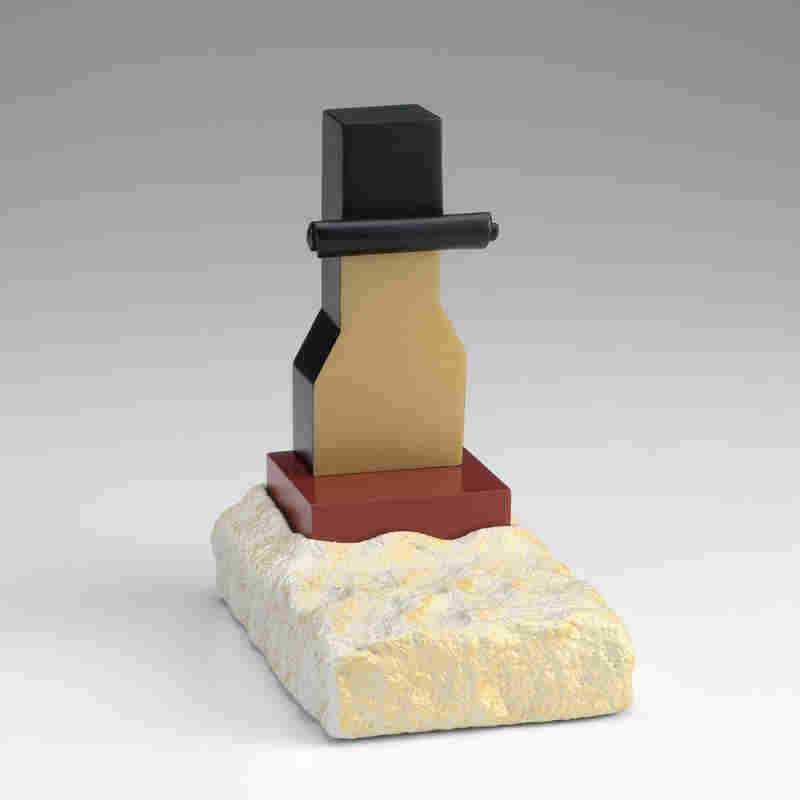 Nagle's band The Mystery Trend was an early part of the San Francisco rock scene in the mid-1960s. By the time Nagle recorded "Cheese Now," the band had already broken up — Nagle wasn't too keen on touring.

Fortunately, he'd been interested in ceramics since he was a kid. He had received a degree in ceramics from San Francisco state, but knew there was more than the program offered.

"My mother had a ceramic club in the basement," he says. "So all of those hobbyist techniques I eventually incorporated into my own work."

Nagle's distinctive work still uses the molds that he saw in his mom's basement, and a bright palette like the paints he and his father used on model planes and cars.

Much like those models, the scale of Nagle's work his scale is also small, as if they're tiny, non-functional containers for bigger ideas.

Of the three dozen pieces in Nagle's current exhibition at the Matthew Marks gallery in Manhattan, all are under 8 inches in any direction. The sculptures — no cups, no bowls — are multi-colored and multi textured: one pebbled, the other smooth, one mottled, the other slick. Thin, coral-like branches tilt atop a slab.

Nagle also combines clay with other materials, including something used by model makers: Magic Sculp, which doesn't need to be fired.

"It's more about the idea now," Nagle says.

It's definitely not his mother's ceramics, says Roberta Smith. 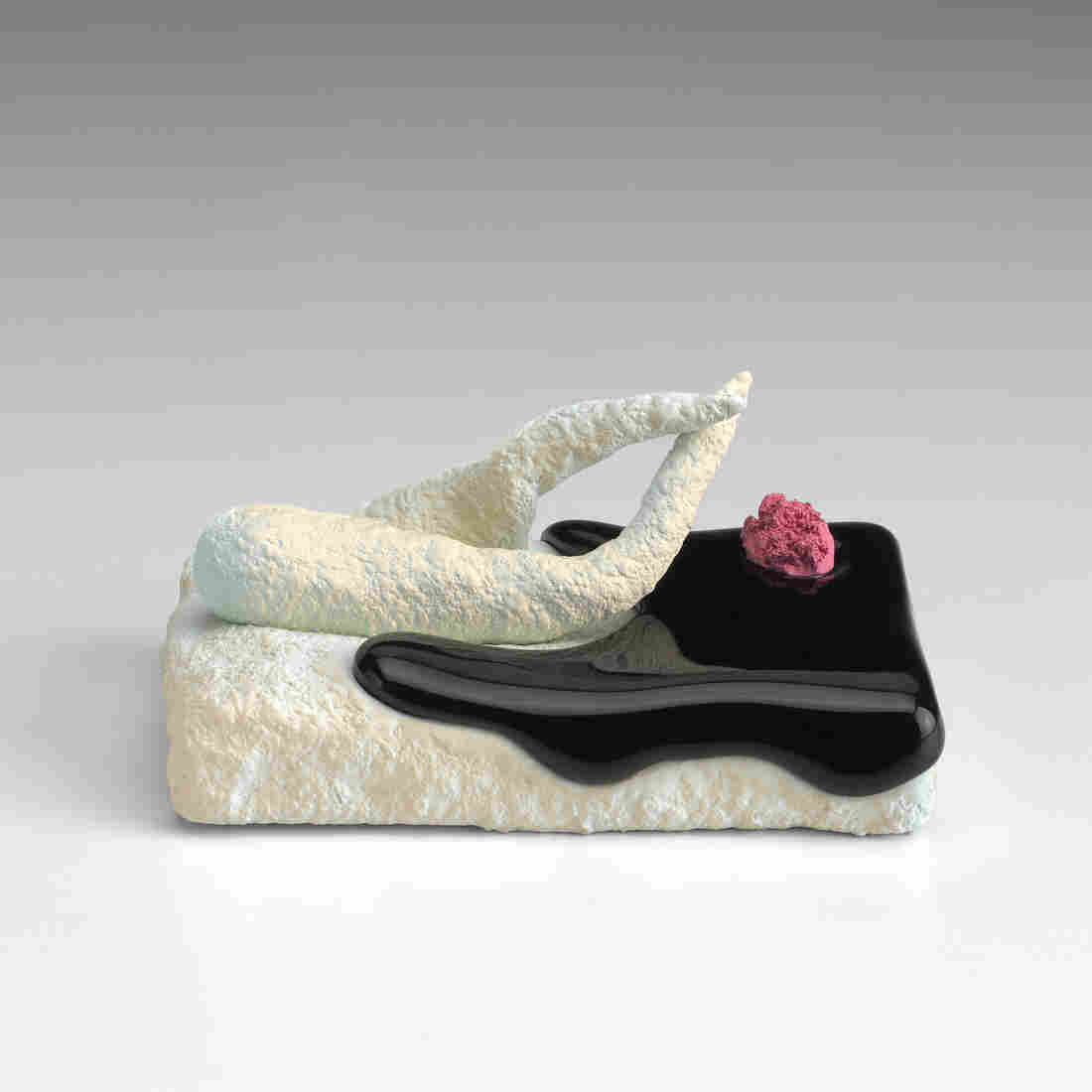 "I don't see this in any egotistical way but I would say my greatest gift, more than music ... is my sense of humor — basically because I'm a melancholy person," he says.

That humor with a tinge of latent menace is also true of the music Nagle's continued to make during his career. He's also written songs for other artists, like Barbra Streisand, The Tubes and Michelle Phillips of the Mamas and the Papas.

But it's Nagle's sculptures that have earned him his widest audience, and now, a show in a major gallery — displaying the objects in special vitrines as if they were works of ancient pottery in the Metropolitan Museum of Art.

"This is the big deal, the top of the bucket list," Nagle says. "What I've always wanted."

After decades of work, Nagle's gotten his cheese.