Accessibility links
Bill Murray Talks The 'Kasbah' — And The Merits Of A Life Lived Phoneless In Rock the Kasbah, he plays a tough-luck talent agent who finds a special voice in Afghanistan. In real life, the agentless Murray found something else after losing a phone: a "vacation from myself." 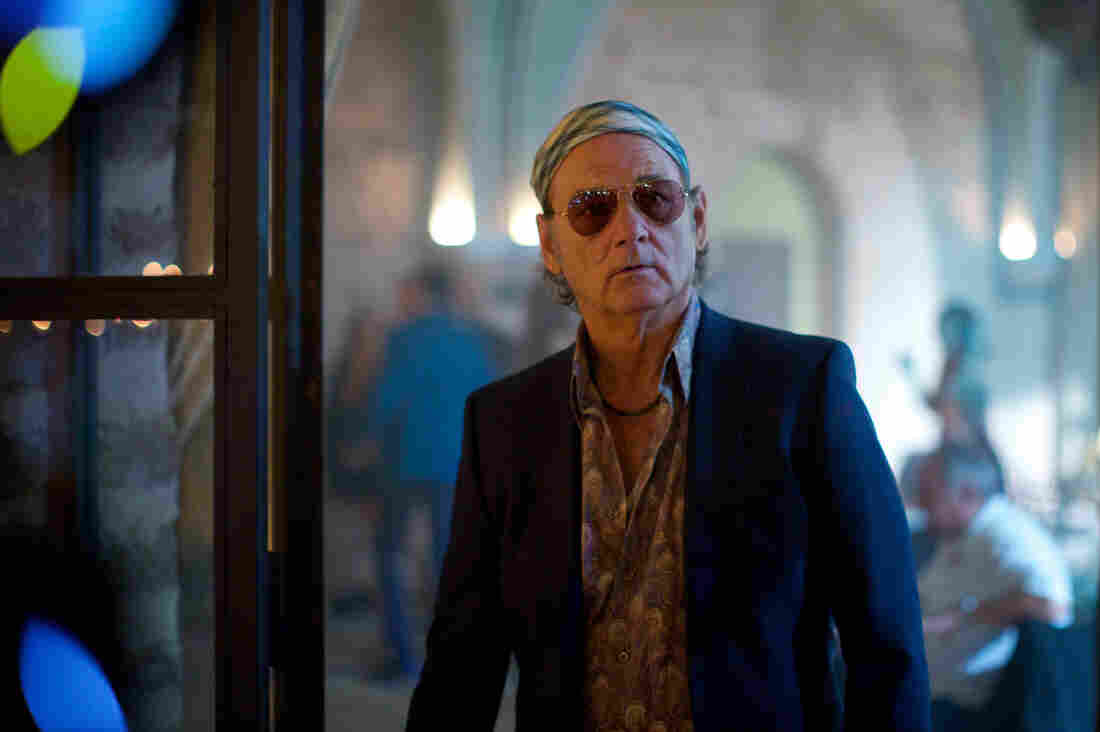 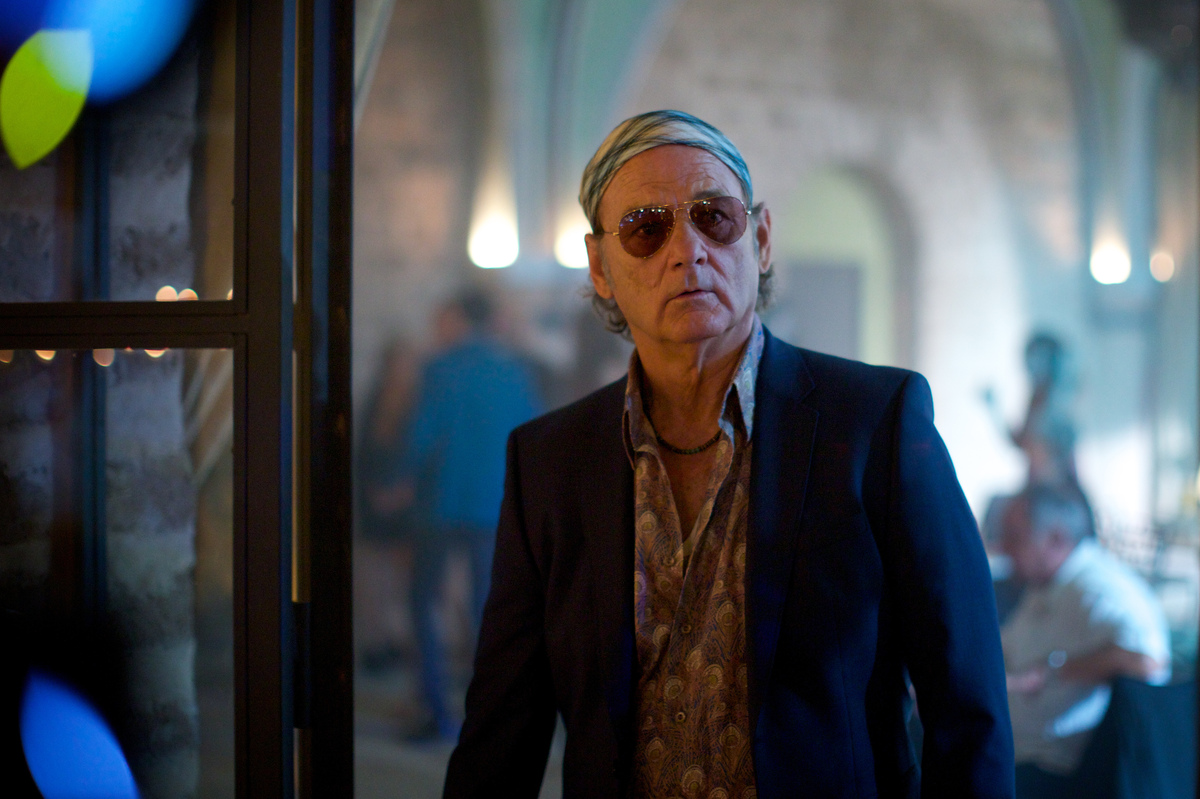 In Rock the Kasbah, Bill Murray plays Richie Lanz, a tough-luck agent who stumbles on an otherworldly talent.

Richie Lanz, a small-potatoes talent agent from Van Nuys, Calif., has been mired in hard luck for a while now. But things don't get much better when he takes a client to entertain American troops in Afghanistan — and she promptly leaves him stranded in no more than his underwear.

Good thing, then, that Lanz is just a character — the lead in the film Rock the Kasbah — and that he's played by the venerable Bill Murray. Things could be worse. And in fact they do start looking up, as soon as Lanz stumbles upon a young Afghan girl with a moving voice and a penchant for Cat Stevens covers.

As Murray tells NPR's Scott Simon, the film isn't so far-fetched: Screenwriter Mitch Glazer was inspired by a real event.

"In Afghanistan, a woman there, a Pashtun, chose to sing publicly, which was against the code, for a woman to sing publicly and to move on stage. She did all those things," Murray says. "And, she was on their version of American Idol, a thing called Afghan Star. So he sort of took that as a jumping off point and wrote a film based around that idea."

On what he sees as a "Bill Murray character," and whether he agrees with critics who use that phrase

I don't know what they mean exactly, Scott. I don't know what you're referring to, except I do remember — I don't really read the reviews — but I remember one I read a long time ago that said I had a face like a potato. I walk into work with that knowledge every single day. I'm just a potato that won't quit. I'm a potato with some legs. Some have eyes, I've got legs.

On shooting the movie in Morocco

Morocco is the greatest. I should be getting money from the Moroccans because I'm just telling everyone that it's a wonderful place to go. It's beautiful, the people are very gentle and kind, it's got a great history. It's Africa and it's a Muslim world that's a kinder, gentler one, kind of one that we all imagine or hope for.

And visually it's just incredibly dynamic. Around every corner is something that just stops you.

I mean, [Afghans] have been through it for a couple of decades now. They had the Russians come, they had the Taliban come, we came, and that's a combination of all these people coming in and trying to stir things up. And Afghanistan is just one of those countries that no group can conquer. It's so challenging to live, and the people are so close among their own tribes, their own groups, that you can't rule them all, you can't get an accord from all of them. And you can't really dominate them either, because they've been there long before you got here, and they'll be there long after you leave.

It's very unfortunate, because it's a whole country that would just wish the rest of us would all just go away and leave us the way they were for a thousand years.

On how his character, Richie Lanz, reacts when he hears the Pashtun girl

I think at the moment he's there in Afghanistan, he thinks Afghanistan is just the most horrible place in the world. He's been ripped off, abandoned, can't get any traction in any way. And he's alone in a country where there's nothing comfortable about it, and I'm living in the same clothes that I've been living in, you know.

He's a little stuck, and he goes out just in the night and hears a voice — and it's almost like, "Yes, there is a God. I am of music, and this is music. And I know it when I hear it." It's just, all of a sudden he's alive, back alive in his own body. And he's got a chance to do something. He can be active.

On his decision to go without an agent, assistant — or a phone

I count on the kindness of strangers. I don't have any of that, no. ... If people really want to find you, they find you. You know, it's kind of good, it eliminates a lot of people that have impulses at odd hours of the day or night to say, "Hey, you know, maybe that fellow." It just sort of winnows out a lot of people.

Bill Murray, on life without a phone

I lost my phone. I have a phone now, and I lost it and I just really didn't look for it. It was the nicest feeling, like six weeks. ... A couple of times I needed to use a telephone, and I was always able to touch someone that had a telephone and say, "Hey, can I use your phone? May I please?" And they'd say, "Sure." And that was it! So it was OK, it was a real vacation. I took a real vacation from myself. ...

Everyone needs to take a vacation from the sort of automatic things you do, you know. The automatic things you do are basically those things that keep you from doing the better things you need to do. So, getting away from all that sort of left me in front of the question, "Well, what would I do today if I had no one telling me or asking me to do something?"

So, I really relaxed. I hadn't relaxed like that in many years, I don't think. I don't think I ever got as relaxed as I got this summer. You know, I walked around, I looked at nature, I jumped in the ocean — things that you think you'd do if you had real freedom of a day.

On how he's handling the Chicago Cubs' elimination from the playoffs

I did go and watch the Cubs lose to the Mets, and gosh, it just doesn't seem possible that they could've had such a wonderful season and then just be humbled in four games straight. But it happens in baseball. Teams get hot, teams get cold.

On what he finds important, at this stage of his life

I feel like I'm a better person when I'm quieter, and it's good to remember — someone told me once you're supposed to have one hand up and one hand down. As you're trying to going up, you're trying to pull someone up at the same time. And when I feel a little frustrated and like, "I'm just not very much of a person right now," I try to think of one of those things, in those ways. And then the actual Bill comes back, sort of returns. I like that.

You know, I've got kids and that's important. It's funny, you think that there's an expiration date on them and there just isn't. They have an eternal shelf life. It's not like, "OK, that one's on his own now," you know. It's not like a balloon that you let go of and it — well, "That'll land in someone else's yard." It doesn't happen that way; the balloon always comes back to you. It's kind of nice, really.