Accessibility links
Interview: Gregory Maguire, Author Of 'After Alice' Gregory Maguire, of Wicked fame, has written a kind of parallel narrative to Lewis Carroll's Alice in Wonderland. This story focuses on Ada, a friend who knows Alice needs help getting home. 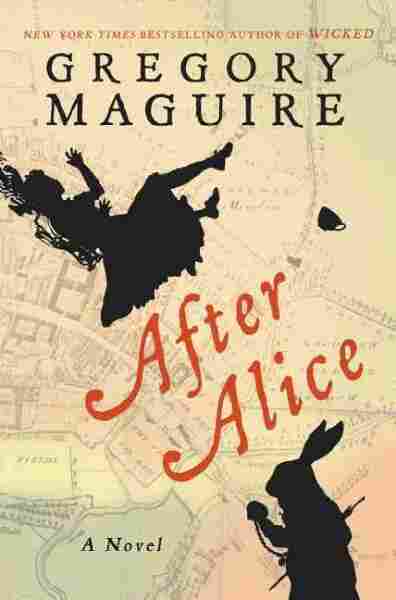 Lewis Carroll's Wonderland is a singular place. It's a place that symbolizes the beauty and strange, illogical nature of childhood; a place that has captivated children and adults for 150 years. This year, the anniversary of Alice in Wonderland has been celebrated in museums, and it's also being marked in literature.

Author Gregory Maguire has retold Cinderella and Snow White, and he showed us another side to life as a witch in Wicked. Now, he's written a kind of parallel narrative of Alice in Wonderland called After Alice. Maguire tells NPR's Rachel Martin what drew him to Carroll's classic story.

On the conceit of After Alice

It's a simultaneous story. It's happening on the same day, at the same time, both in Wonderland and also above ground in Oxford[, England]. So Ada, who is Alice's best friend, is on her way to visit Alice when she too tumbles down the rabbit hole. She's either right before Alice or right after, but either way, she knows that Alice is too curious and perhaps a little bit too young to find her way out alone.

On the difference between Ada and Alice

Ada is afflicted with a deformity of the back, which means that when the story starts she is wearing an iron spine that comes from her hips up to her chin. So Ada, in coming into Wonderland, has a lot she has to cast off in order to be able to function, whereas Alice is equipped only with her innocence and her curiosity. That's the difference between the two girls and that's, in effect, why Ada, who knows more about sadness and hardship in the world, realizes Alice has to be rescued.

On what drew him to Carroll's story

I think what Lewis Carroll did in giving us this portrait of Alice is give us perhaps the most modern picture of a child that has ever been put on the page of a children's book. ... If you pick up Alice in Wonderland today and read it, you will find that ... every single sentence she says could be said by a contemporary child in 2015. ...

The world of childhood is always confusing and it always needs to be unpuzzled. Alice is, in a sense, our first emissary saying that childhood can be survived. This is why we keep going back to childhood, I think, even as adult readers, because we know we have survived it and the stress and the tension and maybe the sadness of being grown up is wearing on us. To go back to a children's book as a writer, as a reader, is in some ways to recover the lost paradise from which we too were exiled.

On why Alice in Wonderland scared him as a child

I was used to the kinds of Wonderlands or magic stories — we can say Oz, we can say Neverland — where there was a kind of instant analogue with the bedroom in which I was reading, let's say. I could make the cross references easily enough. And I also knew the strategy of story — the hero's there-and-back-again journey.

But in Wonderland, no one ever seems to give Alice advice. She has to find her own way. In fact, they're too busy being angry at each other and at [her] to even notice that she is a child who is lost in a wilderness. Just like ... Dante in the Inferno. So I found Wonderland aptly terrifying until I was old enough and realized, "Oh gee, I am grown up! Now I can go back and read that children's book and not cry myself to sleep."