Accessibility links
At 81, Feminist Gloria Steinem Finds Herself Free Of The 'Demands Of Gender' As she approached 60, the co-founder of Ms. magazine says, she entered a new phase in life, one in which "you can do what you want." Steinem's new memoir is My Life on the Road. 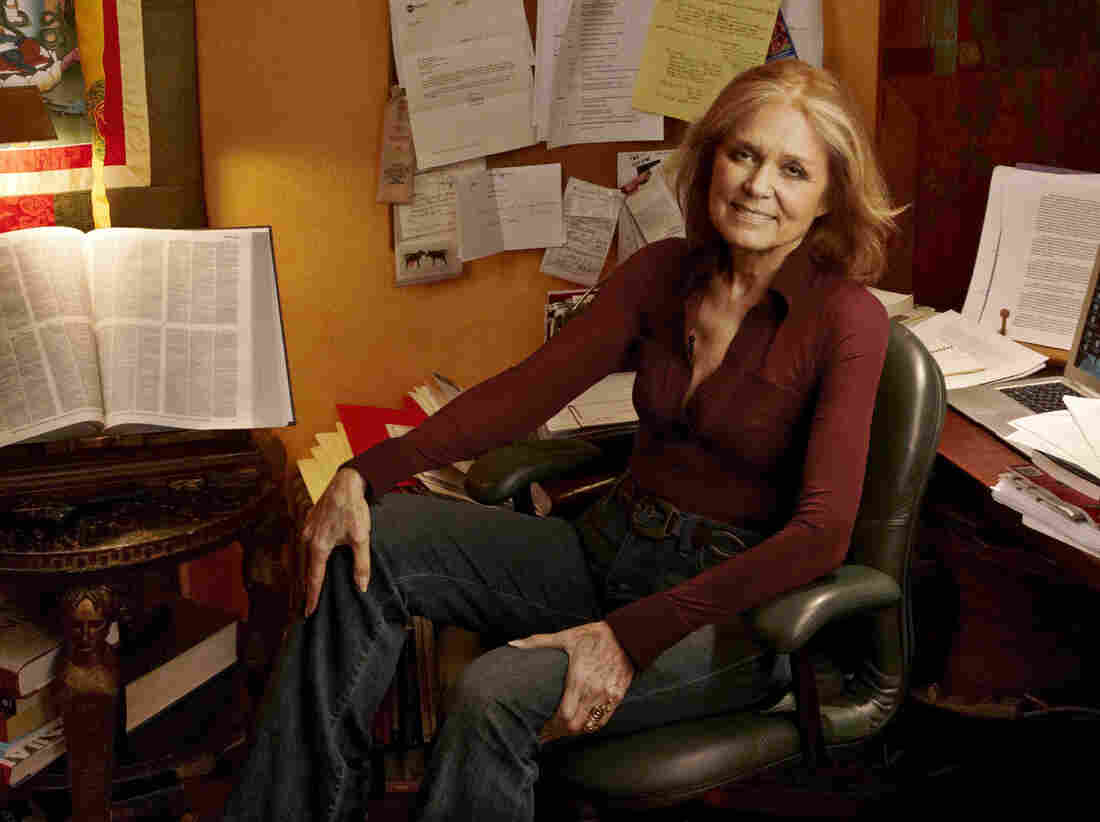 Gloria Steinem co-founded Ms. magazine in 1972 and remained one of its editors for 15 years. Annie Leibovitz/Random House hide caption 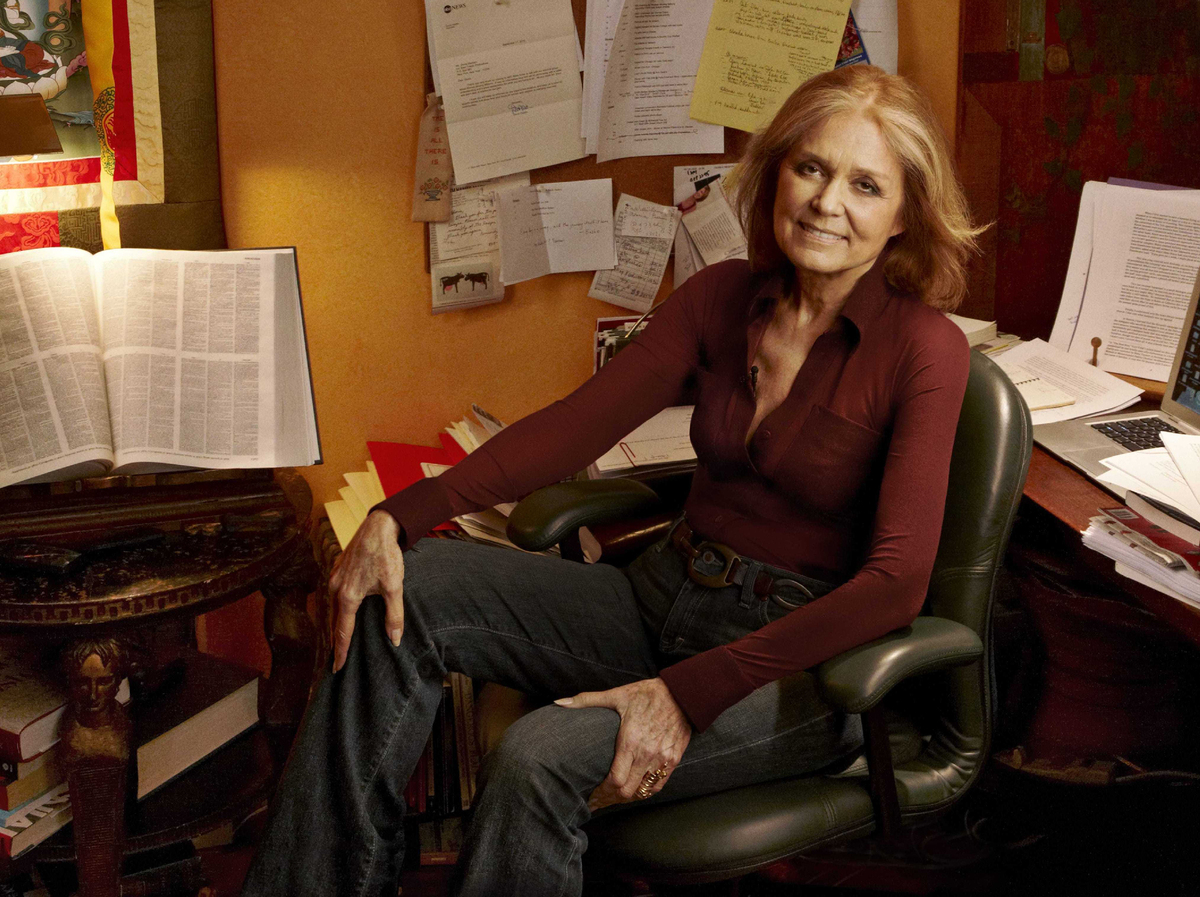 Gloria Steinem co-founded Ms. magazine in 1972 and remained one of its editors for 15 years.

Gloria Steinem is 81 — a fact that the iconic women's movement leader describes as "quite bizarre."

"Eighty-one is an age that I think is someone else's age," Steinem tells Fresh Air's Terry Gross. "I stop people on the street and tell them how old I am, because I'm trying to make myself believe it."

But Steinem isn't unhappy about aging. The co-founder of Ms. magazine says that as she approached 60, she felt like she entered a new phase in life, free of the "demands of gender" that she faced from adolescence onward.

"Remember when you were 9 or 10 and you were this independent little girl climbing trees and saying, 'I know what I want, I know what I think'?" she says. "That was before gender descended for most of us."

"Ironically, I found by 60 you're free again. So you're the same person you were at 9 or 10, only now you have your own apartment, you can reach the light switch, you hopefully have a little money. So you can do what you want," Steinem explains.

For Steinem, doing what she wants means continuing to speak out about the political, social and economic barriers to women's rights. She cites violence against women and the fight for reproductive rights as two of the most important issues facing women today.

In her new memoir, My Life on the Road, Steinem looks back on her unconventional childhood, her decades-long career and her efforts to create a home for herself after spending much of her life on the road.

On becoming pregnant at 22, before abortion was legal 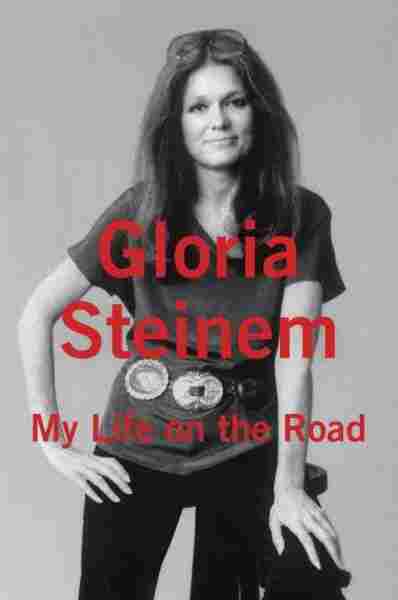 My Life on the Road

Title
My Life on the Road
Author
Gloria Steinem

I had been doing all of the foolish things that we then did [to terminate a pregnancy], like riding horseback, throwing ourselves down stairs. ... I am the most cowardly person you can imagine, physically speaking, but I did [throw myself down stairs]. ... I was desperate. I really was desperate. I just knew that if I went home and married, which I would've had to do, it would be to the wrong person; it would be to a life that wasn't mine, that wasn't mine at all.

On what made her decide to start talking about her abortion

The amazing thing was that it took me so long. There was no women's movement. It was supposed to be a secret. Women didn't share in the same way. So it wasn't until many years later, after New York magazine had started, and I had gone to cover an abortion speak-out held in a church downtown in New York City and suddenly I heard other women standing up and talking about what it was like to have to go out and seek an illegal abortion. This was actually an alternate hearing to one that the New York State Legislature was holding on the liberalization of abortion law in New York state. This was before the Supreme Court ruling, and a group of early feminists had just said, "Wait a minute, in the Legislature they asked 14 men and one nun to testify" — you can't make this up — "let's hear from women who have actually had this experience."

So I sat there as a reporter for New York magazine, listening to women tell their stories that were tragic and ludicrous and every human emotion all wrapped into one, and suddenly I thought, "Wait a minute, I had an abortion." And actually 1 in 3 American women had needed an abortion at some time in her life, so why is this illegal and why is it dangerous? And it's the kind of revelation that comes from people just telling the truth and discovering you're not alone.

On the morality of abortion

It seems to me that every child has the right to be born loved and wanted, and every person has the right to control — male and female — to control their own bodies from the skin in. I think we need a legal principle called something like "bodily integrity" which recognizes that though the state may jail us, they can't insist on injections or tests or pressuring us for organ transplants. Our skin needs to be the line of defense between our own dignity and will and any outside force. ...

The definition of patriarchy is to be able to control reproduction, and that means you have to control women's bodies.

On the most pressing issues for women today

The most important issues are those to the women who are listening. I mean, it's not about dictating to each other what's important, but supporting each other in solving the ones that are in our daily lives. ...

If you add up, in terms of the numbers of people, I would say that competing for No. 1 would be violence against females worldwide. If you add up all the forms of violence, whether it's domestic violence in this country, which is at an enormously high rate — I mean, the most dangerous place for a woman in this country is her own home, and she's most likely to be beaten or killed by a man she knows — or it is FGM, female genital mutilation, or it is female infanticide, or honor killings or child marriage. ... But tied for first place is the ability of women to decide when and whether to have children, because that is a major cause of death, the lack of that ability. ... And it is also a major cause of inability to be educated or to be free outside the home or to be healthy. I would say those two concerns — sexualized violence against women and reproductive freedom or reproductive justice — are right up there in our focus in every country.

I had buried in my head this idea that you only made a home for [a] husband and children. I didn't see a lot of women making a permanent home for themselves; I didn't think that way. And also, I was on the road, so I was always living out of suitcases and cardboard boxes when I was at home, and even though I now, to this day, live in the same apartment that I did then, it was more like a storage place than an apartment.

It was only after I was 50 that ... I began to make a home — a nest — for myself. And I take such pleasure in it. I think in general, as a culture, we tend to think there are two choices: settling down or traveling. And actually you need both. ... Birds need a nest and they still fly. It took me a while [to understand] that it wasn't either/or — it was both.