Welcome to the third session of the Morning Edition Reads book club! Here's how it works: A well-known writer will pick a book he or she loved. We'll all read it. Then, you'll send us your questions about the book. About a month later, we'll reconvene to talk about the book with the author and the writer who picked it. 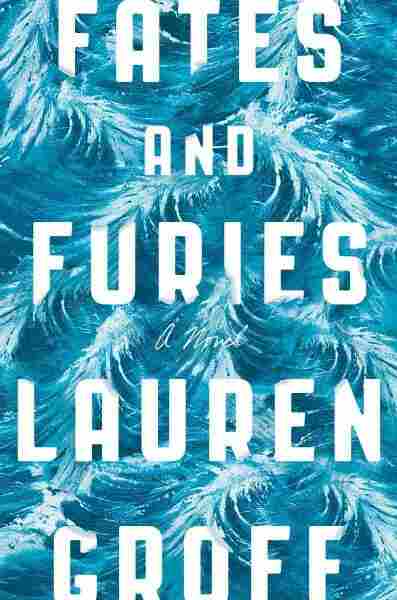 As his choice for Morning Edition's book club, acclaimed author and screenwriter Richard Russo selected Lauren Groff's Fates And Furies. Russo says what drew him to the book, which follows the arc of a marriage from the radically differing perspectives of the husband and wife, was intrigue.

"The secrets here are character secrets, not plot secrets," he says. "And they are revealed in ways that sometimes take your breath away. You have to wait almost until the last page of the book to get to the last of the secrets."

Groff revealed some of her writing secrets, and answered some of the questions that NPR listeners submitted, in a recent interview with Morning Edition host Steve Inskeep.

One of the things I was looking at when I was writing this book was the phenomenon of feminine rage — because this is not something that we as a society talk about all that often.

In literary history that there aren't very many good models of feminine rage — and the ones that we remember are ones where women take that anger internally and implode themselves in a real way, like Anna Karenina or Emma Bovary. I mean, they both end up killing themselves because they're so angry.

I wanted a strong woman who doesn't self-destruct.

I think that she makes a lot of traditionally "wifely" decisions, right, in the marriage, but I kind of wanted to see where those decisions come from. And they come from not only her background but also the society in which she has been raised. We're all functions of our societies, right? And we all become who we are because of the invisible forces that mold us.

On how William Shakespeare influenced the story

I definitely read a lot of Shakespeare when I was writing this book. ... He's full of the bawdy. ... He writes in every single register there is, and I love that. I love that he's both comic and tragic, and highly poetic, but also just dirty at times. ... I love that within the world of Shakespeare's plays, the whole world is sort of encompassed in a certain way.