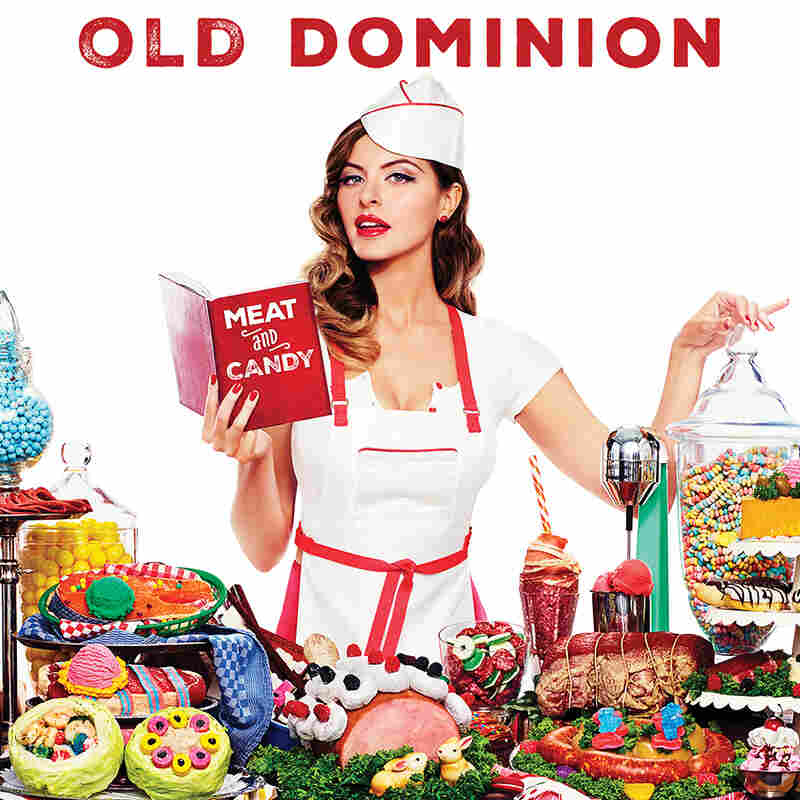 Cover art for Meat And Candy. Courtesy of the artist. hide caption 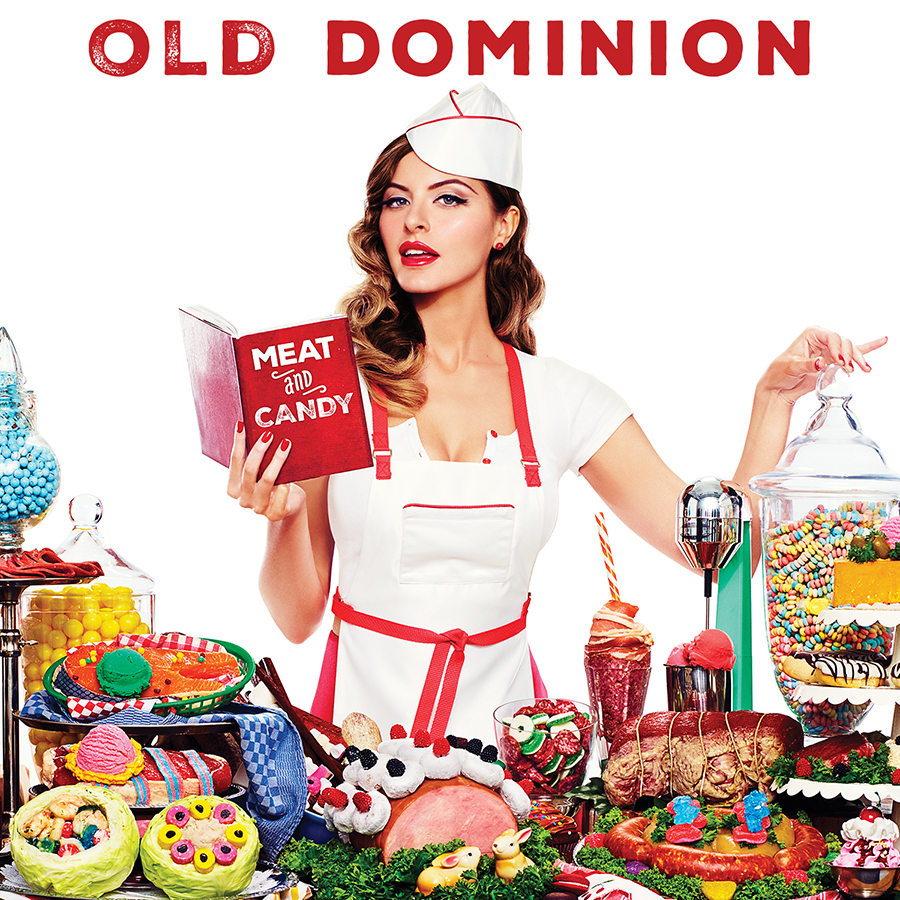 Cover art for Meat And Candy.

Contemporary country music has gotten an especially bad rap in recent years, routinely dismissed by outside observers as mindless, artless, suburban party fare. If ever there was a band equipped to challenge those characterizations, it's Old Dominion: singer Matthew Ramsey, guitarist and keyboardist Trevor Rosen, guitarist Brad Tursi, bassist Geoff Sprung and drummer Whit Sellers. Several of them have been buddies since their college days in Virginia (hence their adopting one of the state's nicknames as a moniker), and all boast successes as Music Row songsmiths and sidemen, credits that made industry types — including their producer Shane McAnally, one of Nashville's leading hit-writers and savviest musical minds — take notice.

The title of Old Dominion's major-label debut Meat And Candy refers to a desire to mix seriousness and pleasure, but while there's heft to these 11 tracks, it doesn't come in the form of weighty subject matter. The meat is found in the first-rate craftsmanship that these guys bring to one of popular music's abiding themes: savoring fleeting pleasures.

The cover art — a pinup girl displaying a surreal array of gumdrops and marshmallows, ham and meatloaf at a vintage candy counter — calls to mind late-'90s pop-rock irony and impishness, the sort of thing you might see on a Blink-182 cover (see: Enema Of The State) or hear in a Barenaked Ladies lyric. These are helpful reference points, too, considering that the five members of Old Dominion — one of country music's few current, self-contained bands — write clever songs, work in various combinations and sometimes with outside collaborators, flesh out their own taut and tuneful arrangements, and attack their parts with playful precision. Plus, in Ramsey they have a singer whose conversational phrasing and witty inflections can split the difference between flirtatious and flip.

Some of the lyrics summon fresh language for youthful obsession. In "Crazy, Beautiful, Sexy," Ramsey's smooth-talking protagonist wants to "be the stamp from the club that won't wash off your hand," an image of persistence that's as precise as it is unexpected. His exasperated delivery of wet-blanket lines in "Said Nobody" sets up a chorus' worth of wry philosophizing about how unlikely anyone would be to turn down a fun night. "We Got It Right," "Till It's Over" and "Wrong Turns" all celebrate ephemeral moments, emphasizing sensuality over sentimentality, but the band really makes its point with "Song For Another Time," an anthemic number that name-checks generations of popular odes to getting caught up in the moment; it's a songbook populated by Neil Diamond and Tom Petty, Van Morrison and John Mellencamp, George Strait and Katy Perry. That's the lineage Old Dominion wants to claim.