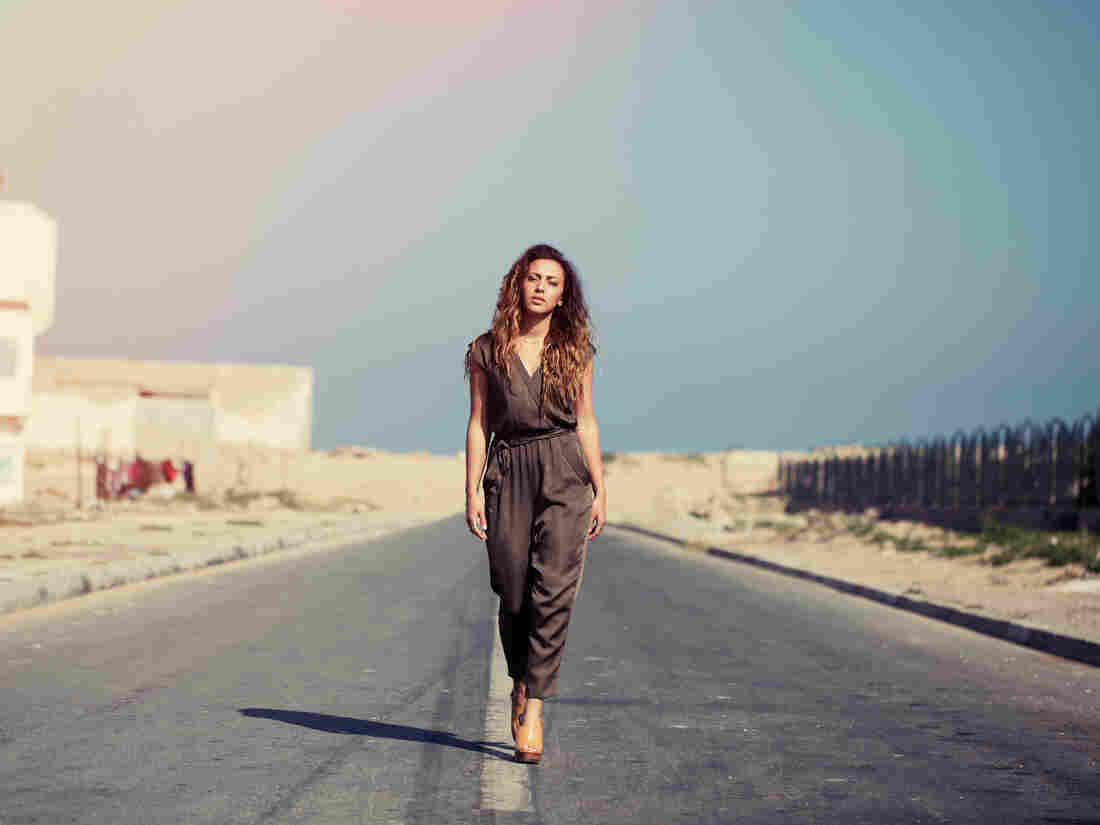 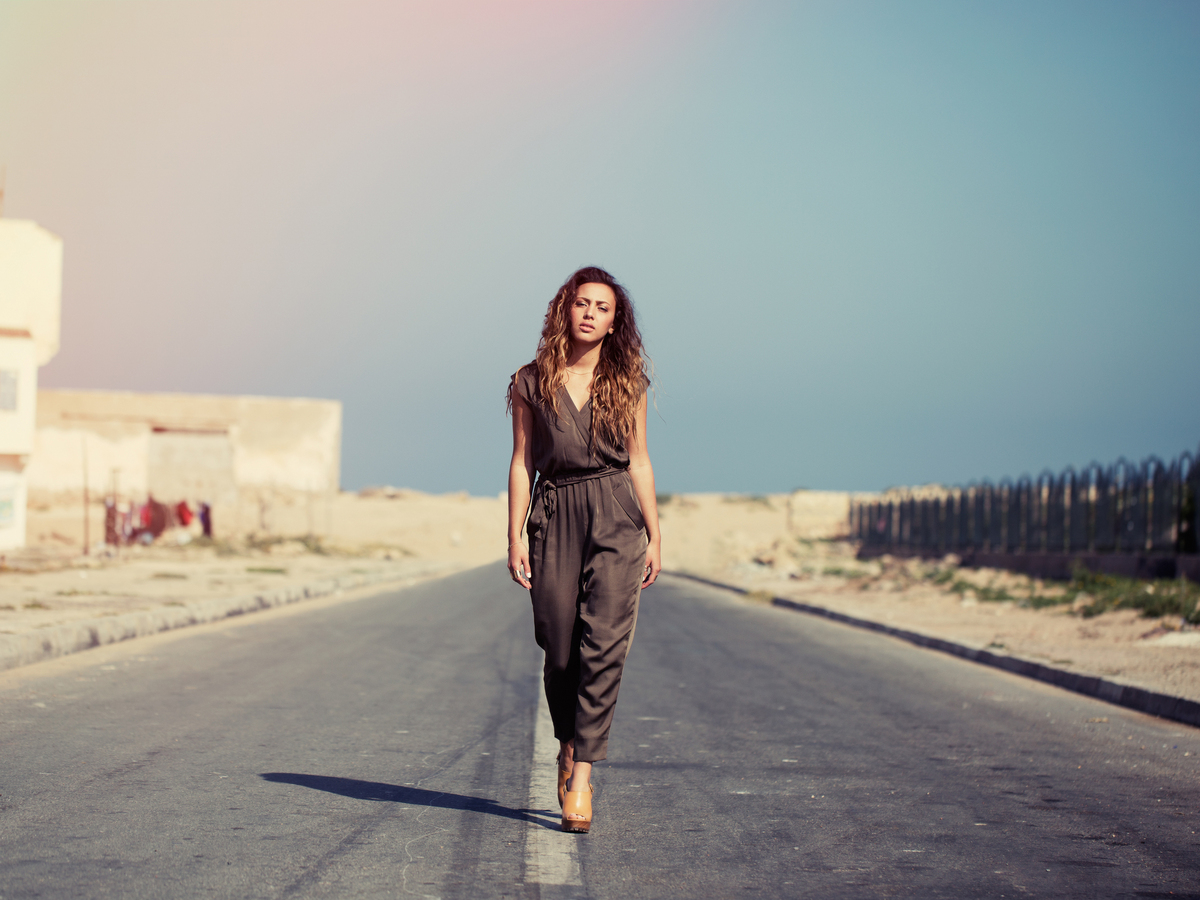 Hannes Caspar/Courtesy of the artist

Born Hanan Hamdi, Namika is a German singer from a Tamazight (Berber) Moroccan family. Her debut single, "Lieblingsmensch" (Favorite Person), went to No. 1 in Germany last month with its catchy tune and lighthearted feel.

Among the compliments Namika ladles on her guy is one that's endearing in any language: "With you, the dishwater from the gas station / tastes like coffee in Hawaii, yeah." And Namika's video for "Lieblingsmensch," which was shot in Morocco, is just as breezy and warm as her song.

Another bright and bubbly earworm that's got me hooked this month is a tune from Sakanaction, a Japanese art-rock band from Sapporo. Their tune "Shin Takarajima" (New Treasure Island) is the theme song for the movie Bakuman, which in turn is based on the Bakuman manga series and was released in Japan earlier this month.

Not only is the song super-hooky, but I love the visual style of Sakanaction's video — especially the band's gray-swathed deadpan in the midst of a squad of sunny cheerleaders.

Speaking of music for the silver screen: A massive costume drama is coming from Bollywood this December. Bajirao Mastani is based on the true story of an 18th-century Marathi warrior-turned-prime minister, and the woman who became his second wife, a dancer named Mastani.

The golden-hued video for the song "Deewani Mastani" gives a glimpse of director Sanjay Leela Bhansali's lush visual style for this film. The song itself, featuring lead vocalist Shreya Ghoshal (with actress Deepika Padukone as Mastani), includes certain historical nods, including elements of classical courtly traditions borrowed from Persia and a qawwali-style chorus.

Meanwhile, I'm really digging the retro surf guitar roots in a new song from the smoky-voiced Turkish artist Gökçe Kılınçer, who splits her time between London and Istanbul. The video is very simple — just Kılınçer taking a nighttime walk through London — but the groove is definitely deep.

Finally, I've got a track that you may have already heard in a Samsung Galaxy commercial that was rolled out last month: Lady Leshurr's "Queen's Speech, Episode 4." She's a rapper from a town near Birmingham, England, whose parents came from the Caribbean island of St. Kitts.

Her wordplay comes fast and furious, and her lines are just as razor-sharp as her self-awareness as a female hip-hop artist. She told The Guardian a couple of years ago that she turned down a deal with Atlantic Records in the U.S. because she didn't like the way they planned to pit her against Nicki Minaj. But after all that, it's the Galaxy spot that may open the doors to America for Lady Leshurr — and her meticulously maintained smile.

An earlier version of this article stated that the actress playing the role of Mastani, the second wife, in Bajirao Mastani is Priyanka Chopra. It is Deepika Padukone. Chopra plays the role of the first wife.