Accessibility links
As Gateway Arch Turns 50, Its Message Gets Reframed The Arch was originally built to honor St. Louis' role in western expansion, and its museum is focused on the experience of white American settlers. Its new museum will include different perspectives. 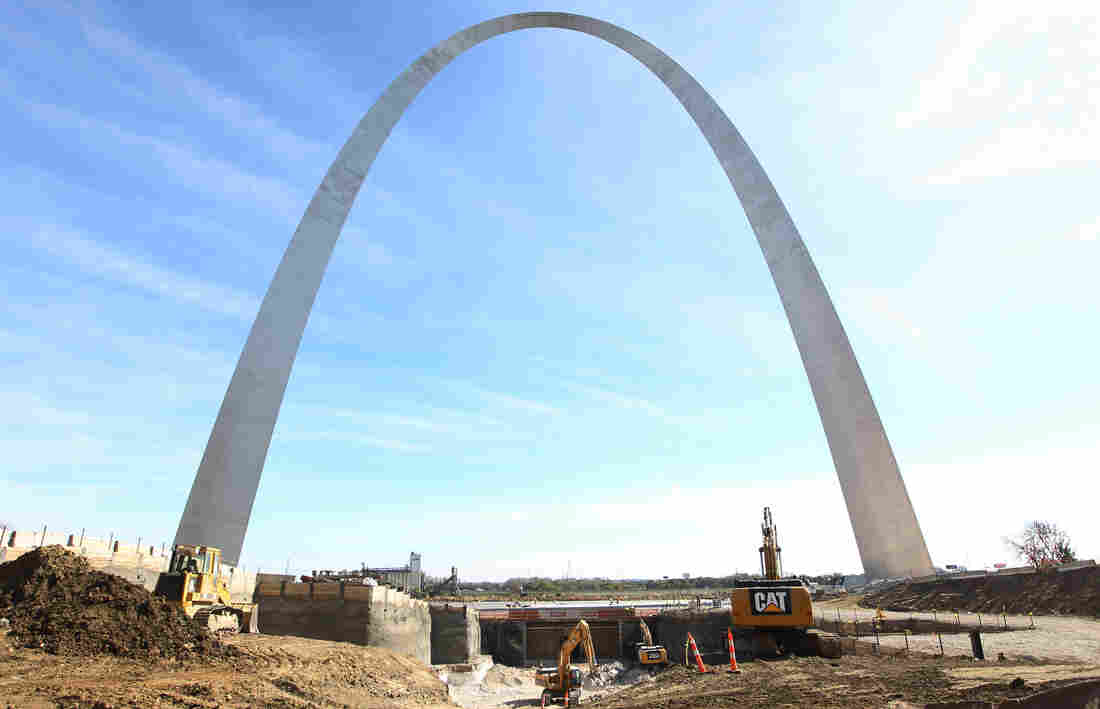 The Gateway Arch in St. Louis remains the tallest man-made monument in the United States. A new museum under construction on the Arch's grounds will reopen in 2017. Bill Greenblatt/UPI/Landov hide caption 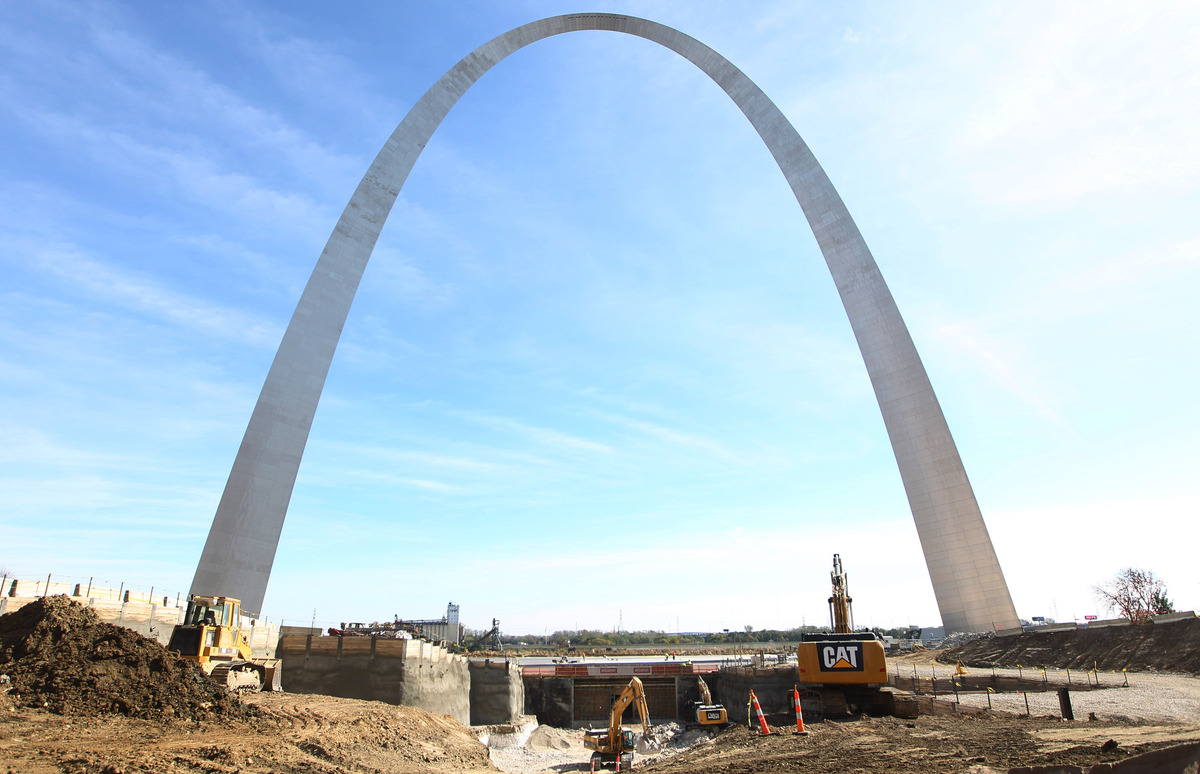 The Gateway Arch in St. Louis remains the tallest man-made monument in the United States. A new museum under construction on the Arch's grounds will reopen in 2017.

For all the wonder and appreciation St. Louis' Gateway Arch monument inspires, some see the message and history of the Arch as divisive.

For instance, the Arch was built to honor St. Louis' role in westward expansion, a time when Manifest Destiny was used to push Native Americans and Mexicans out of their lands. The museum under the Arch is being redesigned to include that perspective. National Park Service historian Bob Moore says the original museum left a lot of people out of the story.

"Why did they feel that they could go out and just take these lands?" Moore says. "Basically they believed it was their God-given right."

Racial inequality is another shadow some see cast by the Arch.

University of Kentucky historian Tracy Campbell says African-American neighborhoods were razed when the U.S. government annexed 40 acres of historic downtown St. Louis to create the Arch grounds. It was the height of the depression and civic leaders considered the area blighted.

"I started looking at the records to see who owned this property and I come to find out there was a lot of banks, a lot of realty companies that own this property, and they could make money out from the gate well-above appraisal," Campbell says.

Soon after construction began in 1963, civil rights activist Percy Green staged a sit-in 125 feet up a construction ladder to protest what he called unfair hiring practices.

Then there's the whole "Why is it here?" issue.

If you travel 250 miles west of St. Louis, you'll find lots of Kansas City residents who argue their town deserves the title Gateway to the West.

Ralph Monaco, past president of the Kansas City area historical society, says that St. Louis' claim to being the Gateway to the West traces back to Lewis and Clark.

"But it only has its basis in fact through the Louisiana Purchase and the beginning of the territorial days of Missouri," Monaco says. "And then by the time you get to the 1840s it's definitely Jackson County, I mean it's definitely western Missouri. It's not St. Louis."

Most wagon trains left from the Kansas City area. But Moore, the Arch historian, says a lot of the travelers first stopped in St. Louis to buy their supplies.

Fifty years after the Arch was built, its anniversary has inspired National Park officials to take a closer look at what the monument represents. When the museum reopens in 2017, it may be known simply as the Arch Museum instead of the Museum of Westward Expansion.