Accessibility links
Apps, Maps And Head Counts Transforming Public Transit Transit decisions are made by political bodies, and the results are often that the communities with the most political and economic power drive the bus, so to speak. Big data may change that. 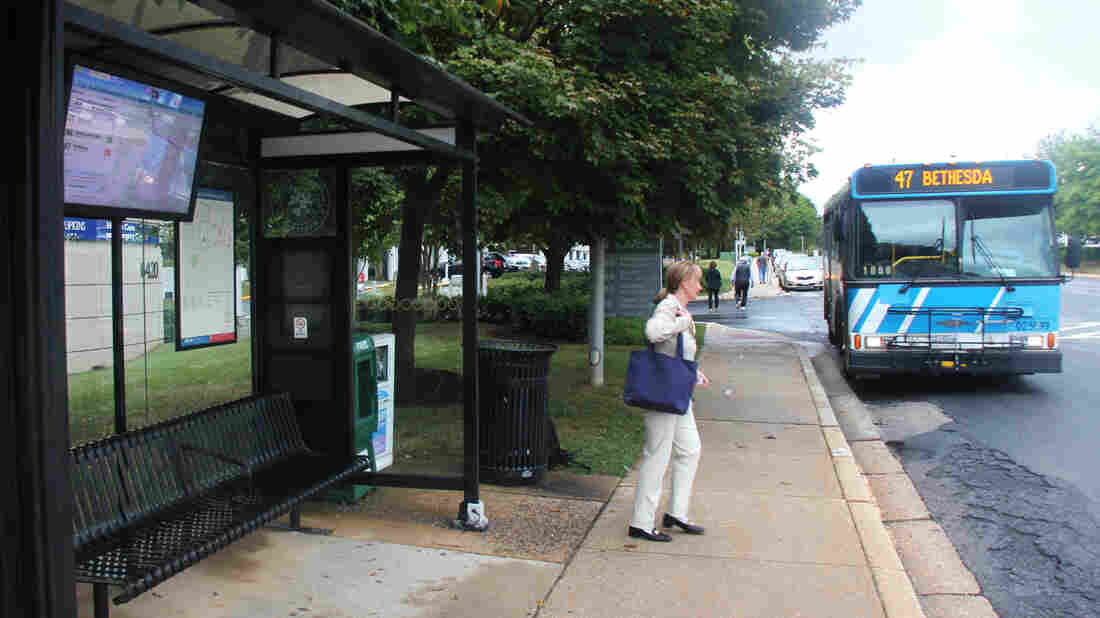 Mary Lee Kingsley waits for a bus in Montgomery County, Md. The bus stop has a big LED screen with a map displaying the current location of buses and when they will arrive. Franklyn Cater/NPR hide caption 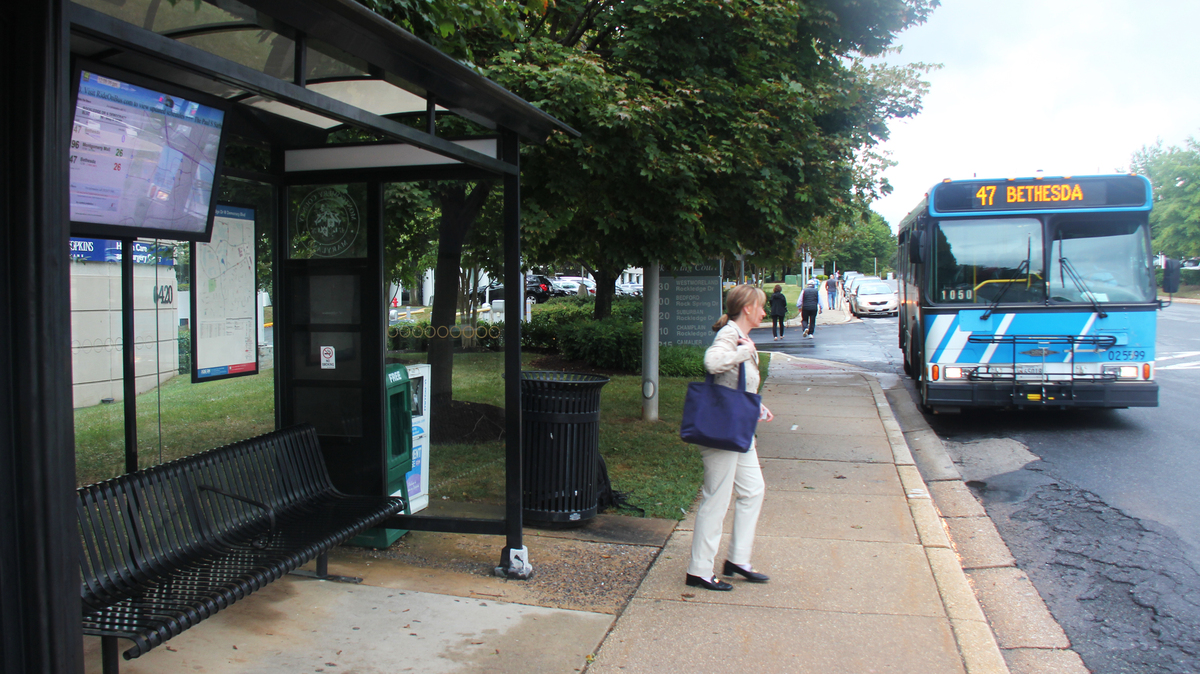 Mary Lee Kingsley waits for a bus in Montgomery County, Md. The bus stop has a big LED screen with a map displaying the current location of buses and when they will arrive.

A city is easier to live in when it's easy to get around. But getting around is hard in many cities, especially for people who rely on public transit.

Take buses, for example. They may not run when you need them. They might take too long. Or they might not even get to your neighborhood at all.

Transit operators, city officials and people in the federal government all hope that big data will help them change public transportation to get transit where it will be most used.

We Have The Technology

There's a growing industry around generating and analyzing transportation data. And Transit Labs is a part of it. The Washington, D.C.-based startup merges the analog act of moving people around town with the digital enterprise of data analysis. The premise: The more information you have about how a system is working, the more you can improve it.

"Today, 80 percent of the U.S. population lives in cities. The percentage is going to grow. So we have to find a way to move people a lot more efficiently," says Dag Gogue, the company's founder and CEO. "The technology is ready, and we hope that in the next few years, the quality of transportation will increase dramatically."

One challenge cities face, Gogue says, is that they are often "data rich, information poor." There is plenty of data about a city and its transportation system — where people get on and off, how long they ride and so on — but officials may not have a way to read or analyze that information.

"If you're dealing with all these raw sources, the transportation planners can't possibly be expected to digest that kind of data," Gogue says. "We hope to provide a vehicle that enables them to make use of that data." 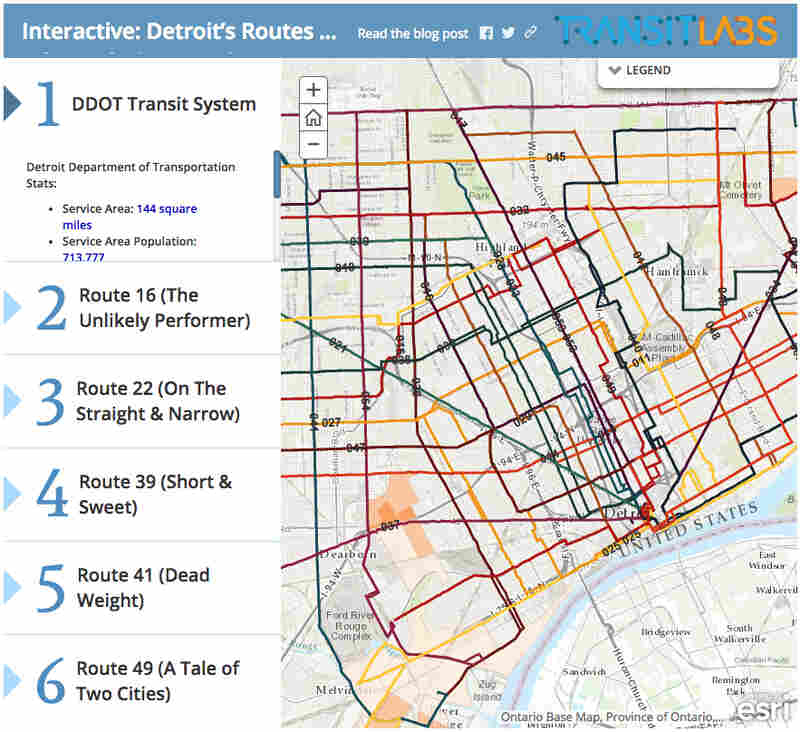 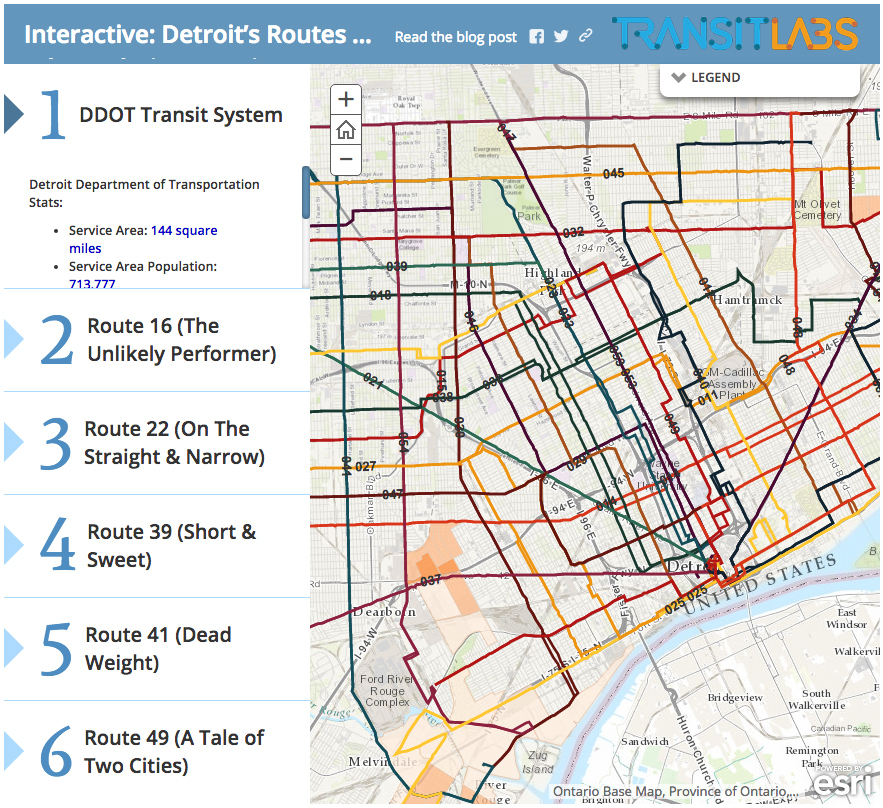 Many of the raw numbers are generated by technologies on board the vehicles themselves.

Let's go back to those buses. Cities can buy buses with a variety of onboard devices, including automatic vehicle locators or AVLs.

The AVLs pinpoint the location of the bus along its route and transmit that information to the agency in real time. Operators can see where buses get bogged down in traffic — or when they get bunched up at a stop — and they can make adjustments.

That location data is also passed along to riders. If you've ever used a smartphone app to check how long until the next bus, you've received information from an AVL.

But what if you don't have a smartphone? Transit operators are finding other ways to use this data so it benefits all.

Just outside D.C., Mary Lee Kingsley is waiting at a stop on Bus Route 47 in an office park in Montgomery County, Md. There's a big LED screen at this stop with a map displaying the current location of buses and how long they'll take to arrive. This display — and the new lighted shelter she's standing under — have persuaded Kingsley to start leaving her car at home.

This is exactly the kind of rider a transit agency wants. With gas prices down, bus ridership has declined a bit nationwide, according to the American Public Transportation Association. To encourage riders, agencies want to make service as user-friendly as possible. And this big display is more accurate than the one offered on a smartphone — showing the position of the buses within 45 seconds. When the county eventually upgrades to a cellular service for the AVLs, rather than a radio frequency, it will get even more precise.

Montgomery County's system, known as Ride On, is a midsize operation. It has 343 buses. It's an early adopter of these technologies, ahead of most agencies its size.

As far as the screens, they've put up 10 at bus stops so far, and are planning at least 100 more. The stops will display information not just from this bus system, but also for buses from other jurisdictions whose routes overlap.

"We're trying to stay competitive," says John Van Eck, Ride On's director of IT. He says the most active bus stops are the first to get these screens as well as bus shelters — decisions that were also informed by data.

Those numbers — which stops are used most — come from another onboard bus technology, an automated passenger counter. It's more accurate than just counting fares paid. When riders cross an infrared beam at the door, they're counted — either getting on or off. And knowing where riders get off is just as important as where they get on when it comes to planning routes.

Phil McLaughlin, operations planning manager, says the counting technology has been around for a while, but it is just now starting to be widely adopted.

"It's sort of new to us," he says. "We're in the 85 to 90 percent range. In the near future we'll have about 100 percent of our buses." McLaughlin says they're still working out the tools to double-check their accuracy and maintain them — so they can be fully used for decision-making.

Flagstaff, Ariz., has had passenger counters on buses for about a year. Erica Mazza is deputy general manager for the Northern Arizona Intergovernmental Public Transportation Authority, which is a customer of Transit Labs. She says the new technology is already paying dividends.

"The passenger counters have become a critical component for what we do," she says. NAIPTA has adjusted bus routes based on information about how many people were getting on and off at various stops. Mazza credits those route changes with the fact that the agency's fleet is now moving more people.

The small Flagstaff-area system added 60,000 more riders last year, raising the yearly total to more than 1.8 million. The number of people riding is not just a measure of the popularity of the region's buses., it also affects how much money the agency gets from the federal government. NAIPTA met an important federal benchmark last year, measuring more "passenger miles per capita" than in previous years.

That improved performance netted the agency $192,000 in additional support from the federal government. Arizona is one of the few states where there's no state tax designated to fund transit, so Mazza says those dollars are very important.

These onboard bus technologies and the analysis of the data that come from them are found most often in big cities. But even agencies like Maryland's Ride On are working up big plans for their potential uses.

John Van Eck says the real-time information from passenger counters and vehicle locators can be used in the future to give buses priority at traffic lights. If the agency knows the bus is carrying a certain number of people, and the bus is running behind schedule, as the bus approaches the signal, an algorithm could make sure there's a green light.

Data crunching has really taken off in other industries such as medicine and education, and Dag Gogue at Transit Labs hopes transportation will be next. In college, he focused on math and software engineering. "It just so happened that after college, I got hired by a transportation consulting firm."

It may have been the perfect background for launching a startup in an emerging field. His company is now doing business with many city transit agencies, and they're just signing on with the federal government, as well as governments overseas. He predicts 2016 is going to be a big year.

"We're barely scratching the surface as far as what we can do with data and technology to automate and improve the costs, the safety, as well as the time that it takes to move from Point A to Point B," Gogue says. "So, I'm very excited. We are at the ground floor of this very promising industry."