Accessibility links
'The Wonders' Of Family And Change Director Alice Rohrwacher focuses an observant eye on a rural family with a daughter nearly ready to take flight.

'The Wonders' Of Family And Change

'The Wonders' Of Family And Change 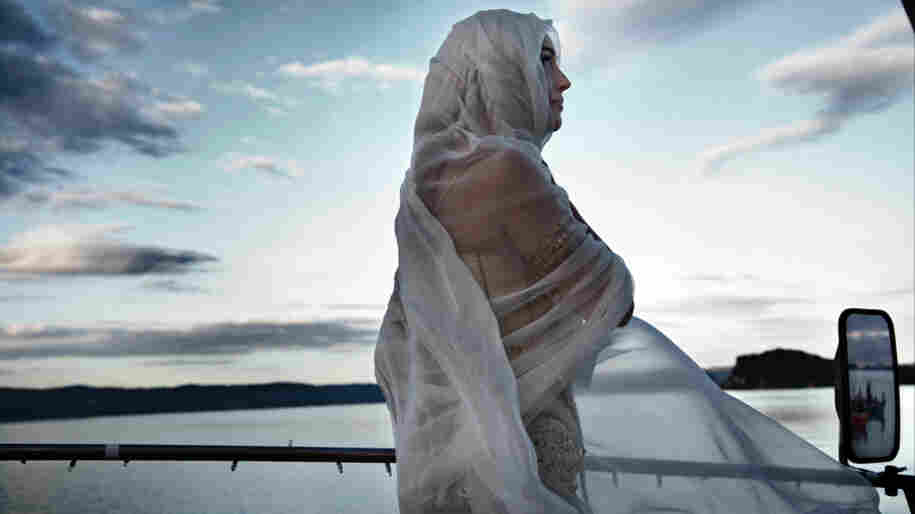 Monica Bellucci as Milly Catena in a scene from Alice Rohrwacher's The Wonders. Courtesy of Oscilloscope Laboratories hide caption 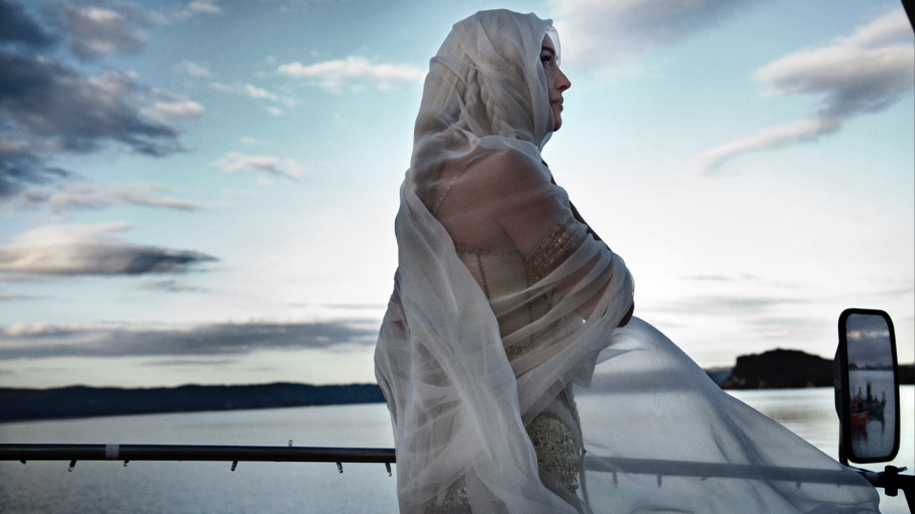 Monica Bellucci as Milly Catena in a scene from Alice Rohrwacher's The Wonders.

The terrific Italian film The Wonders gives a starring role to bees — great swarms of real bees, not CGI killer bees. They sting on demand, but it's not that kind of movie. The bees make honey under conditions well below health and safety code, and along with some home-grown produce and a few sheep, their output just about sustains a quasi-hippie family living in an isolated rural spot on the border between Umbria and Tuscany.

Gelsomina (Alexandra Lungu), the eldest of a small brood of daughters, is perfectly at ease with the busy creatures. She has a party trick of letting a bee crawl out of her mouth and around her face — but there are no parties. Serious and obedient in the way of many oldest children, Gelsomina pretty much keeps the hives and the family going. Which is just as well given that her German father, Wolfgang (Sam Louwyck), is a hot-eyed, combustible bundle of impulses who flies off the handle over any perceived threat to the "purity" of his "traditional" lifestyle.

I place these in quotes because The Wonders' young writer-director, Alice Rohrwacher, has one skeptical eyebrow cocked for any romantic guff about the sanctity of land and the purity of anything. The other brow stays grounded over a precise, loving, intensely detailed eye for a world Rohrwacher knows intimately and loves without illusion. She grew up in a family not unlike this one and it shows both in her exquisite sense of place and her finely tuned sensitivity to the intricate political economy of life in a family perpetually under siege.

Changes are afoot, some of them — corporate invasion, possible eviction, ongoing local quarrels — the stuff of Italian neo-realist film. At home, meanwhile, the family linchpin grows beautiful and restive, which only goes unnoticed by her father, with whom she's always been a clear favorite. To Gelsomina, the wild, unruly beauty of the exotic landscape she inhabits is both magical and a prison she wants to escape. No longer a child but not quite a woman, Gelsomina, who's based on Rohrwacher's older sister Alba (who plays the girls' loving, exasperated mother) still seeks her parents' approval. But she's ripe for wonders, even when they arrive in unlikely packages: a new houseguest, Martin (Luis Huilca Logrono), a handsome German delinquent who makes lovely bird noises in place of speech; and the host of a garish reality television show played by Monica Belucci, who at 51 years old will shortly hit theaters as Daniel Craig's Bond girl in Spectre. Belucci wears silly headgear and Styrofoam braids, but to Gelsomina and her sisters she's a dazzling vision. Soon the girls are badgering their father to enter a competition that will require them to run around in togas and laurel wreaths, acting out somebody's cracked notion of Olde Italy.

Propelled by giddy mood swings, The Wonders weaves all this crisis into the choppy daily rhythms of a family struggling to navigate the tension between continuity and change. Rohrwacher handles her material with a richly detailed naturalism and a keen eye for the risks posed by Wolfgang's Promethean grandstanding to his children. Yet the film is also a fable brought to us through the eyes of an adolescent girl who's ready for takeoff, yet still alive to the magic of bees and boys, of a glamorous stranger, and the arrival of a goofy animal that, to put it mildly, is no more native to this terrain than Wolfgang, yet somehow finds a place to fit into.

As for Gelsomina, she may be hatching plans of her own, but there's still room for her on a communal outdoor mattress, at least for a while. The final shot of a makeshift curtain blowing in an empty room offers a graceful, wistful reminder that once upon a time a vibrant clan dwelt here, until — like all things — it didn't.