Accessibility links
'Burnt' Tastes A Lot Like Last Year's Redemption Story Bradley Cooper plays a chef who suffers no real consequences for acting like a jerk — an awfully common story in the world of movies about geniuses. 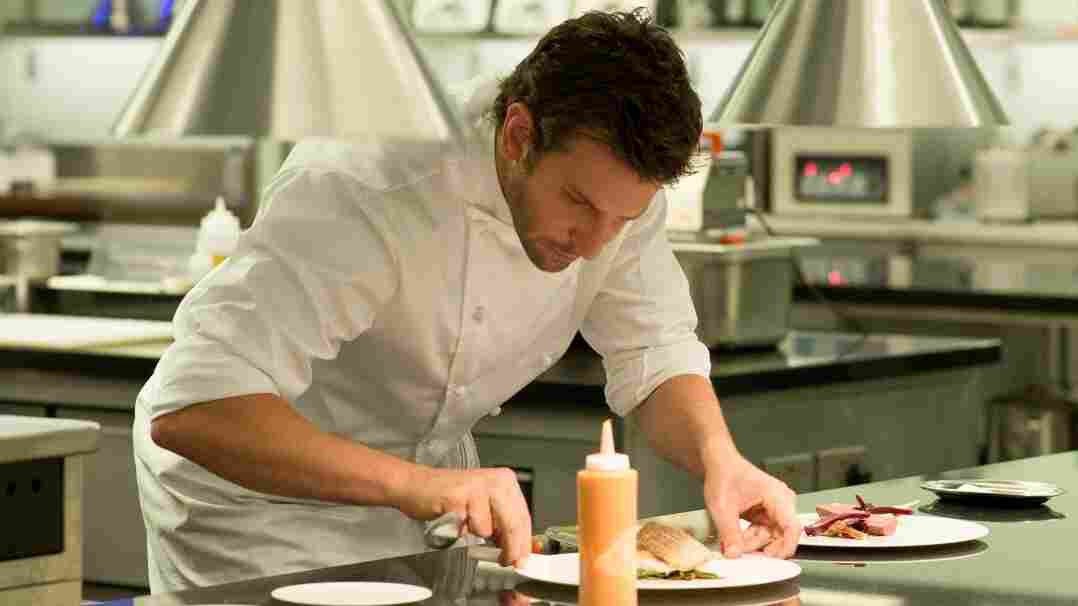 Bradley Cooper as Chef Adam Jones in a scene from Burnt. Courtesy of The Weinstein Company hide caption 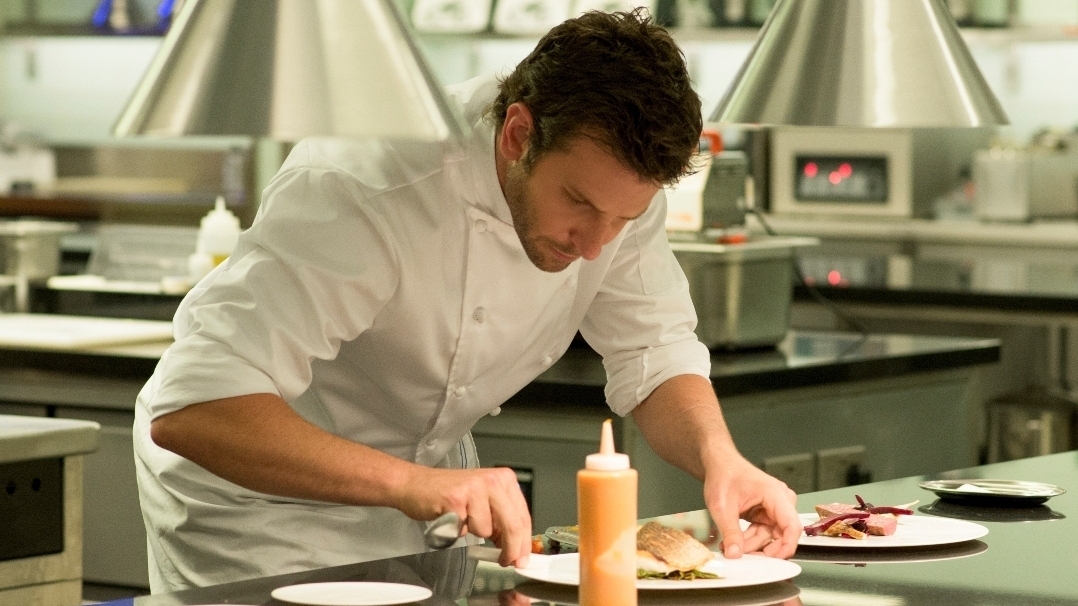 Bradley Cooper as Chef Adam Jones in a scene from Burnt.

Courtesy of The Weinstein Company

This is the slick redemption tale of bad-boy chef Adam Jones (Cooper), one of those insufferable movie geniuses who keeps getting told what a talent he is even as he uses those closest to him for silverware target practice. A hotshot chef in Paris years ago, Adam emerges in London newly clean and sober, having seemingly turned over a new leaf. But one thing that remains unturned is his bruising, all-American approach to the restaurant game. Become the best, or it's not worth it.

As Adam mounts his quest for an eatery worthy of three Michelin stars, other characters turn up in a pattern: First we learn why they have every reason in the world to turn their backs on Adam, then we see them partner with him anyway. This routine is how we meet the maître d' (Daniel Brühl) who got the short end of Adam's last venture; a new chef de partie (Cooper's American Sniper costar Sienna Miller) who immediately despises him; and a sous chef Adam once betrayed (Omar Sy, still deserving of much better than the English-language work he's been saddled with). All were either burned (burnt?) by Adam in the past or meet with terrible first impressions of the man, yet they apron up and step into his firing line, even after he explodes in Food Network fashion following a disastrous grand opening. For all the self-destructive behavior the protagonist exhibits, his staff displays even more by continuing to work with him, and it makes you wonder what their support group would look like.

The script, by Steven Knight and Michael Kalesniko, is the latest example of male pattern redemption — in Movieland, an ailment far more common than male pattern baldness. Director John Wells always bends the action in Adam's direction; even when he's wandering the streets looking for new tastes, we rarely get a good glimpse at the people providing those tastes. Wells also produced a far more compelling story about a disturbed talent in Love & Mercy, a Brian Wilson biopic that twisted the familiar redemptive arc and played like the best of fiction. Burnt is the opposite: a work of fiction that still serves up every greatest hit on the biopic menu, just because everyone always orders it. No chef's specials.

What works best in Burnt is specificity, the same thing that works best in any film about a trade. A fast-food joint becomes the setting for a lively discussion about French "peasant food" and the luxury of those who can enjoy chef-crafted delicacies as a form of high culture. (Here is where one hopes the film got its money's worth out of chef consultants Gordon Ramsay and Marcus Wareing.) But there's a lack of payoff to early scenes like these. Would a chef this interested in the eating habits of the people really serve the kinds of dishes Adam does, in such a haughty way, or attack rivals for using behind-the-times trends? And if such dissonance is the point of the character, why isn't the film more aware of it?