Accessibility links
'Our Brand Is Crisis' Is A Satire Oddly Toothless About Politics Director David Gordon Green's loose adaptation of a documentary about American political consultants meddling in other nations works as a comedic vehicle for Sandra Bullock, but sputters as satire. 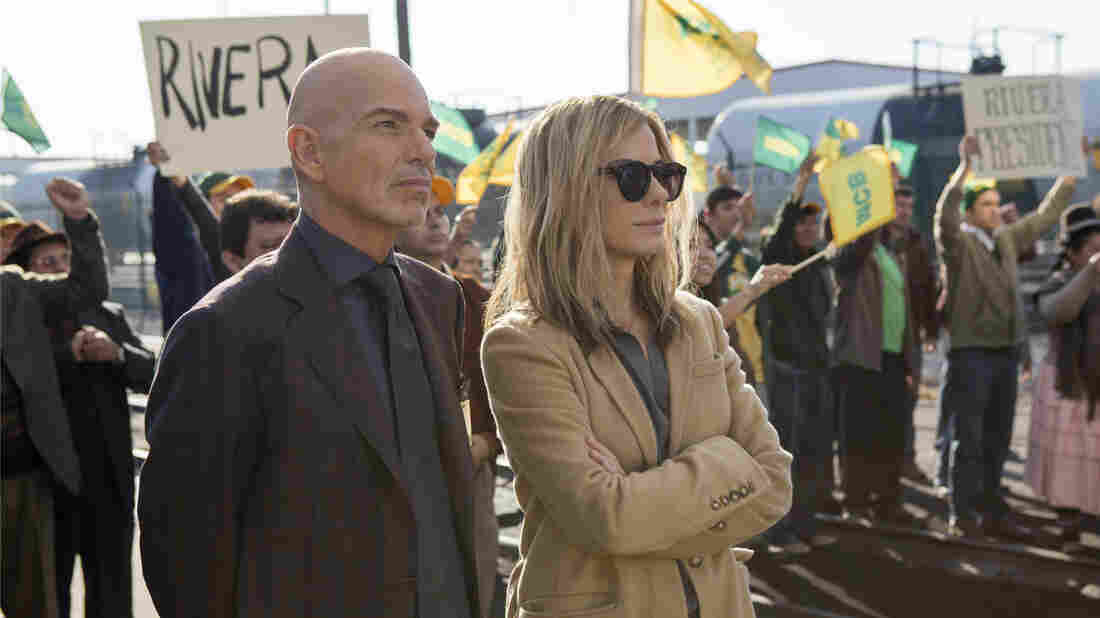 Billy Bob Thornton as Pat Candy and Sandra Bullock as Jane in a scene from Our Brand is Crisis. Patti Perret/Courtesy of Warner Bros. Entertainment and RatPac-Dune hide caption 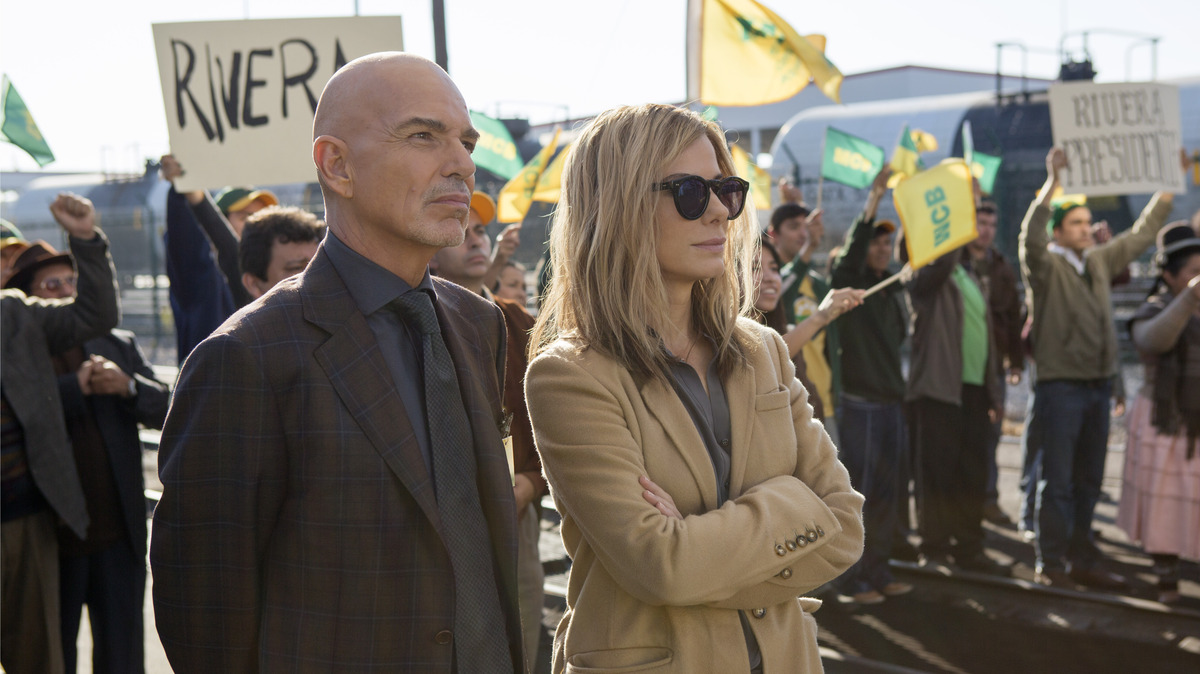 Billy Bob Thornton as Pat Candy and Sandra Bullock as Jane in a scene from Our Brand is Crisis.

Back in 1993, D.A. Pennebaker and Chris Hegedus' documentary The War Room made political celebrities out of James Carville and George Stephanopoulos, two of the masterminds behind Bill Clinton's underdog bid for the presidency in 1992. A decade later, director Rachel Boynton caught up with Carville for another documentary, Our Brand is Crisis, which subtly cast Clintonian tactics in a much less flattering light. By that time, Carville had cemented his reputation as a battle-tested political professional and his consulting firm was offering premium services to candidates across the globe. Boynton followed the team to Bolivia, where they led a no-hope candidate named Gonzalo Sánchez de Lozada (better known as "Goni") to victory in a contentious election with an exceptionally bitter aftertaste.

Boynton's documentary raised some troubling questions about the cynical business of winning campaigns and the dangers of exporting American ideas abroad. But only traces of those ideas survive in the new Our Brand is Crisis, a bizarre and misbegotten satire that detours sharply from the documentary—and, in turn, from the basic reality of what happened in 2002 Bolivia. Director David Gordon Green and his screenwriter, Peter Straughan, seem to be operating under the assumption that Boynton's film was forgotten or, at a minimum, that they have unlimited dramatic license. But even allowing them the latitude to keep or discard whatever they like, the changes they've made to the story are revealing—and every bit as dubious as any market-friendly "progressivism" that won Goni the presidency.

For one, there's no analog for "Calamity" Jane Bodine, the take-no-prisoners strategist played by Sandra Bullock. (The closest equivalent from the doc may be Jeremy Rosner, whose soft-spoken calculation could not be further from Jane's commanding brashness.) With the firm struggling to gain much traction from its candidate in Bolivia—here named Pedro Gallo (Joaquim de Almeida)—it calls on the reclusive Jane to lead him back from a 20-point deficit, even if it means gambling on the volatility that earned her that nickname. Billy Bob Thornton, who played a Carville type in Primary Colors, does so again in this film as Pat Candy, but he's cast as Jane's chief nemesis, who's consulting the populist frontrunner.

So, just to recap: The Carville type is working for the other side and the hero of the film is a completely made-up character. This is a deeply strange project.

It's neither uncommon nor wrong for real-life characters to be folded into composites for dramatic purposes, but "Calamity" Jane isn't a composite so much as a stock movie type—that of a soft-bellied idealist hidden under a cynic's hard shell. (Humphrey Bogart in Casablanca is the classic example of that type done right.) The arc of Our Brand is Crisis is about revealing her idealism, but doing so winds up blunting any point the film seeks to make about the folly of American politicos rigging another country's system. Everything that happens in Bolivia here is ultimately geared toward giving one American reason to believe in politics again.

Our Brand is Crisis finds a nice groove in the second act, as Jane labors to make an uncharismatic, unpopular ex-president just palatable enough to eke out a victory. The dark magic of turning an arrogant globalist into a winning candidate is a political feat that the documentary and the feature acknowledge, and it's telling that this section of both films is where they have the most in common. Green, whose adventures in cinema range from the high art (George Washington, All the Real Girls) to low comedy (Pineapple Express, The Sitter) plays up the culture-clash comedy of Americans forcing Bolivians to adapt to their system while failing to understand their hosts. In that, the candidate and the consultants are made for each other. They share a common arrogance.

Making a pure satire out of Our Brand is Crisis isn't a bad idea, though even the sharpest moments shrivel in comparison to the caustic snap of Armando Iannucci's In the Loop and Veep. But the film becomes a Sandra Bullock vehicle, and while it's buoyed by her typical comic aplomb, it loses sight of the bigger picture. In that, Our Brand is Crisis mirrors the campaign: A victory for one person can sometimes mean a loss for everyone else.