Accessibility links
Graphic Doesn't Mean Interesting, Particularly In 'Love' Director Gaspar Noe manages to make his blandest feature to date despite — or as a result of — filling almost half its running time with raw, unsimulated sex. 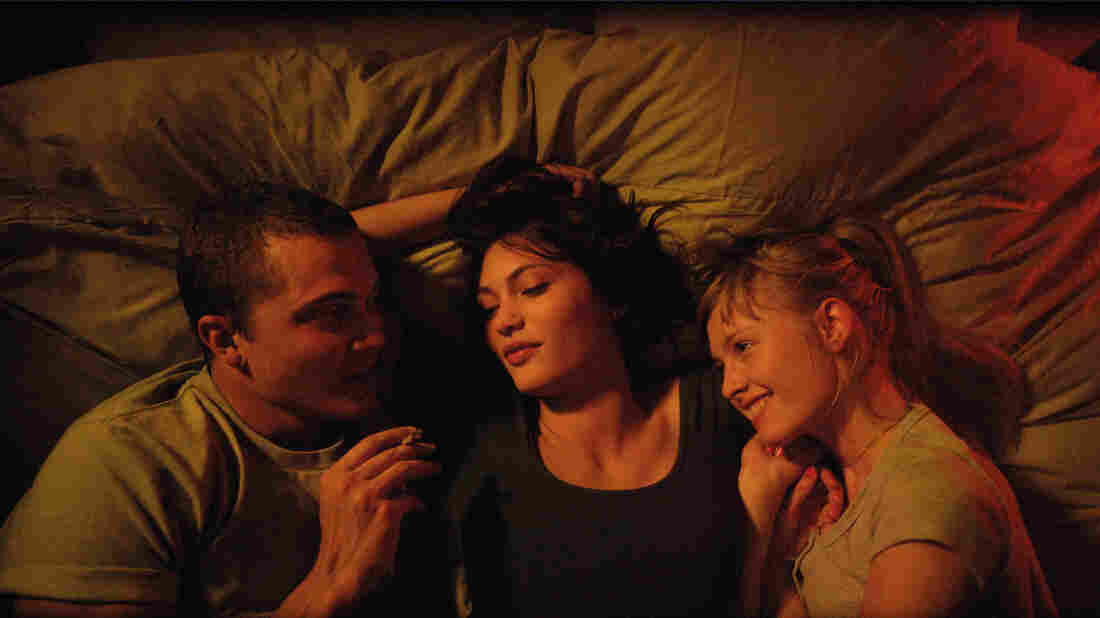 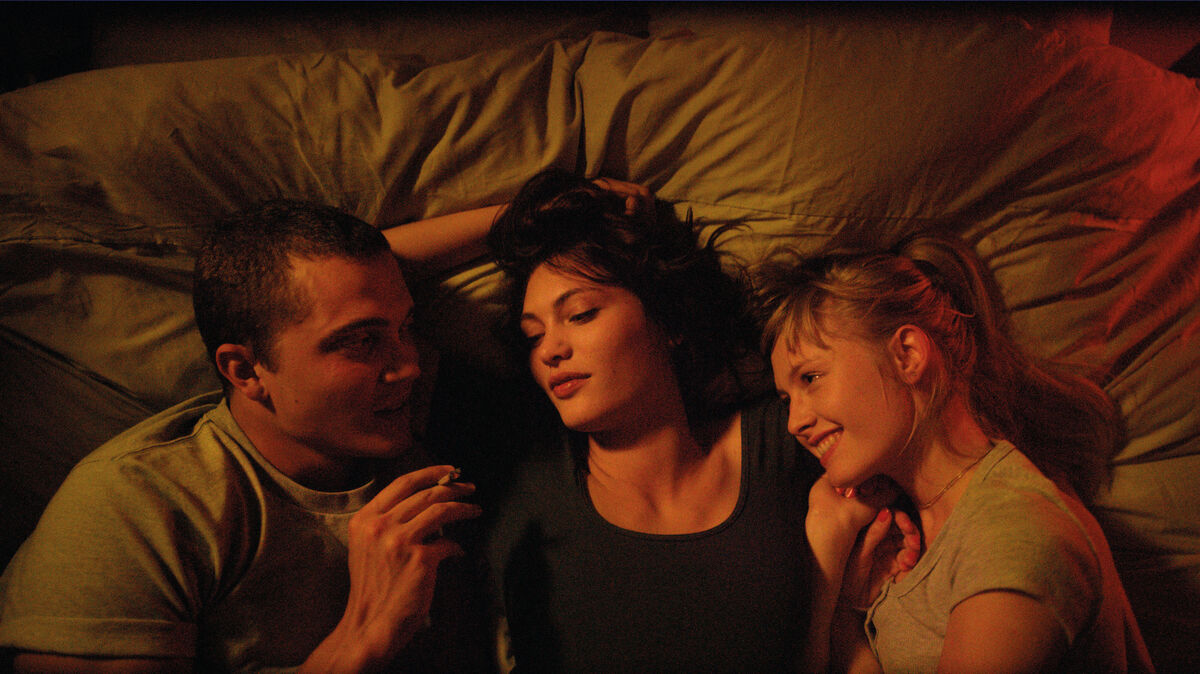 A scene from Gaspar Noé's Love.

Roughly half of Gaspar Noe's Love consists of raw, unsimulated sex acts — presented in 3D, no less. Add a dollop of young-adult romantic upheaval and the result is the Franco-Argentinian filmmaker's blandest feature to date.

Of course, that's by comparison to his previous movies, which depict rape, murder, psychedelic drug experiences, and slaughterhouse horrors. Aside from one jealous scuffle in a crowded art gallery, there's no violence in Love, which would be a conventional melodrama if not for the abundant sex and flamboyant style.

It goes well, cinematically as well as emotionally. But after Omi gets pregnant, an angry Electra vanishes and Murphy mourns both her disappearance and his new status as a daddy. He loves his toddler son, but misses his previous life.

The story flows backwards, as in Noe's notorious Irreversible, although Love is less schematic than that brutal predecessor. The structure is a gimmick, but one that has emotional resonance. More than once, a development that seemed random becomes significant when an earlier moment or remark is revealed.

The events are punctuated by attempts to conjure moments of pure feeling — whether fueled by hormones, drugs, loud music, or strobe lights — as in the director's nutty but gorgeous Enter the Void. Cocaine, coitus, and cinema are all paths to the divine, or something like that.

Although prettily photographed, the movie's sex scenes are less potent than was surely intended. In fact, they're often tiresome. This is not unexpected, since it was also true of such previous art-film experiments in explicitness as 9 Songs, Blue is the Warmest Color, and Nymphomaniac. Graphic doesn't necessarily equal expressive.

Perhaps the lovemaking would have more juice if the characters weren't so shallow, and their dialogue so flat. Equally thin are the performances of the three leads, clearly chosen for their beauty and willingness to bare all, not their ability to endow their roles with more life than they had on the page.

But if the action feels mechanical, that's at least partly deliberate. The goal can't be naturalism when the main character articulates the director's own opinions about movies, and announces his intention to make a "sentimental sex film" that's pretty much what the audience is watching.

While Murphy is the filmmaker's mouthpiece, he's not the only alter ego on screen. Murphy and Omi's young son is named Gaspar, and Electra's much older ex-lover is called Noe (and is played by the director, using a pseudonym). Perhaps every man in Love is an aspect of Noe. That includes the cop who recommends that Murphy shed his American possessiveness by taking Electra to a group-sex club; he's played by Vincent Maraval, head of the company that markets Noe's work to international markets.