Accessibility links
Review: Bob Dylan, 'The Cutting Edge 1965-1966: The Bootleg Series Vol. 12' The fevered 14 months captured here represent the moment when Dylan became comfortable in his shoes — and, if not yet confident about every decision, at least trusting the authority of his writing. 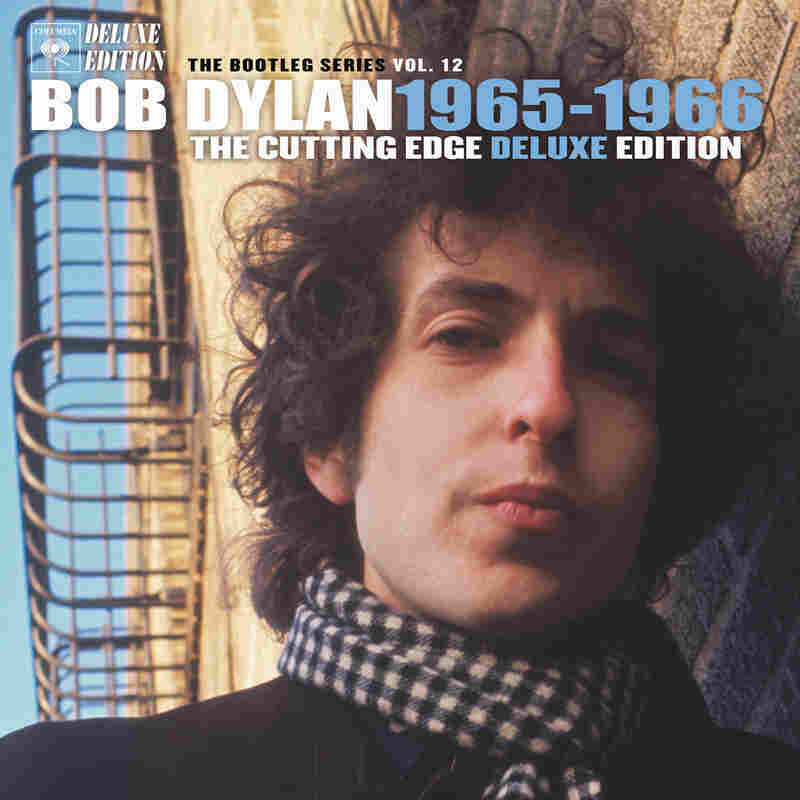 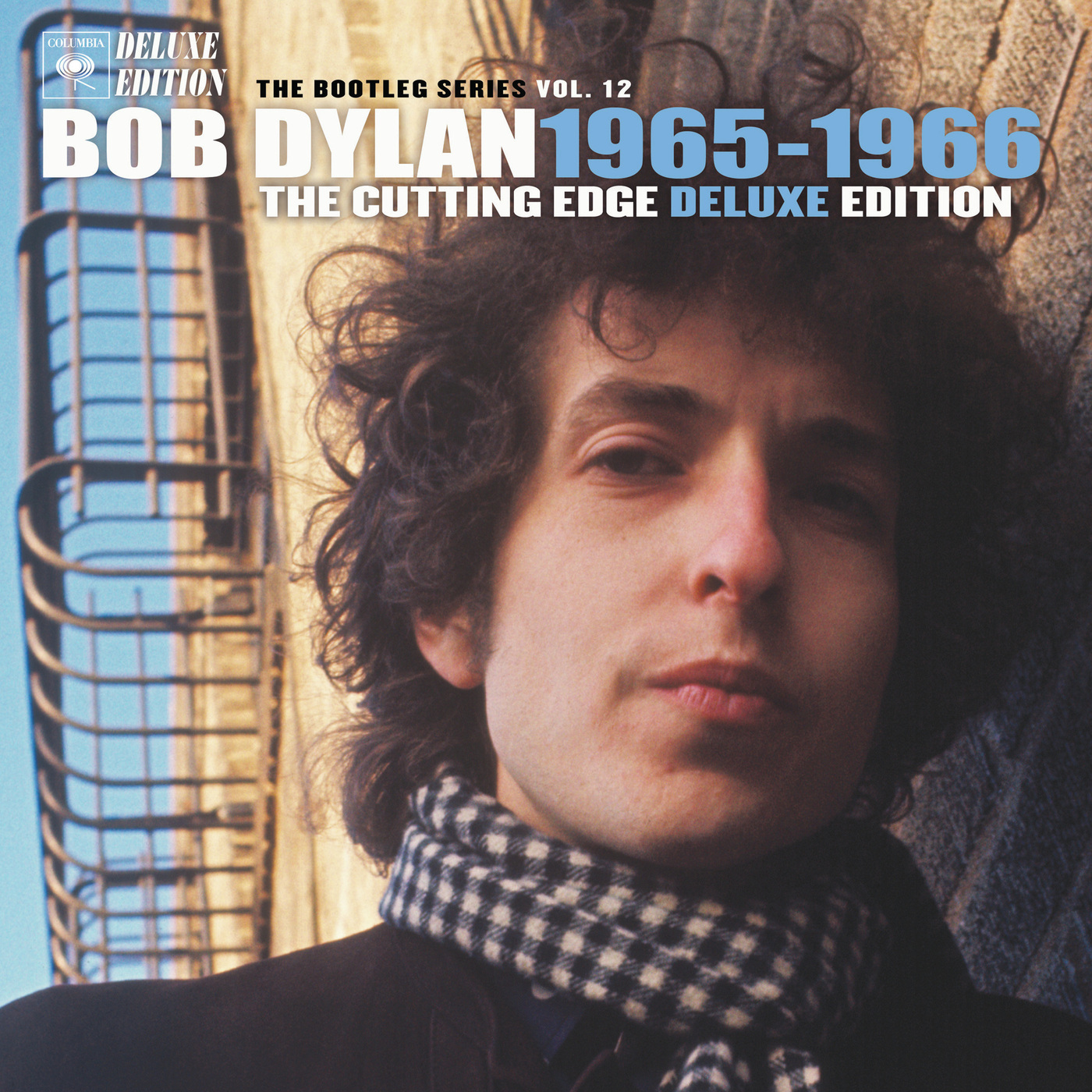 Record-making is typically not a spectator sport.

Most of the time, what we hear from a recording artist is exactly what the artist intended to share, and no more. That "finished" product follows from a thousand individual decisions, each involving an embrace of risk, a willingness to experiment and, in the event of a crash, the wisdom to leave the wreckage on the cutting-room floor. In the studio, decisions are made with the knowledge that a small shift can change the entire complexion of a work: Sometimes, an idea becomes an extended fruitless trip down the rabbit hole; sometimes, it's a thunderbolt of genius. We don't necessarily need to peek behind the curtain and hear each step involved in the development of a creative work in order to appreciate it — because, let's be real, some of those in-between moments are akin to watching water come to a boil.

Still, there are instances where the evolutionary path of a work can offer a valuable education all by itself. The latest vault excavation in the Bob Dylan bootleg series is one of them. Covering the 14-month stretch in which Dylan recorded Bringing It All Back Home, Highway 61 Revisited and Blonde On Blonde, it portrays record-making as a process of divination and inspiration management, a mystical balance of instinct, impulsiveness and cold-eyed reckoning aimed at the singular goal of bringing songs to life. It offers an unusual perspective on the constantly shifting demands of creating in the art equivalent of a laboratory: We hear Dylan doing the off-camera work of transforming stray ideas into full-blown feasts of images and abstractions. Then we hear him pivot to an entirely different skill set in order to wrestle with the challenge of framing, capturing and presenting that initial spark to the world. He's not focusing exclusively on the narrative, the phrasing, the structure of the song or its foundational rhythm; he's seeking a magic alignment and calibration of those elements, live and in real time.

The end results — three albums so saturated with inspiration, they loom as inescapable landmarks in popular music — have been analyzed endlessly. The Cutting Edge, which is available in several configurations geared to various degrees of Dylan obsession, doesn't burnish the legacy of those classics. Instead, it provides some backstory, hinting at the mood and methodology of the sessions. Over and over again, with a shifting cast of musicians working across a range of musical styles, Dylan tasked himself to transcend whatever was expected from him.

These work-in-progress tapes port the listener back to the time when the songs were still pencil scribblings, endlessly malleable and subject to change. They suggest that, well before he got in trouble for taking liberties with the melodies of his songs in live performance, Dylan was a resolute, committed improvisor. He treated the recording process as something other than simple documentation; it was more like an act of discovery, aimed at uncovering intentions lurking three levels deep. He was openminded in the extreme. He changed the rhythms, the melodies and the words, and shifted the emphasis points in his phrasing — all in the name of letting the song show him how it should go. For decades, we've known "Just Like A Woman," from Blonde On Blonde, as a medium-tempo waltz-meter creation. But there was a time when Dylan attempted it in a brisk Bo Diddley beat in 4/4. Is this treatment "better" than the version we know by heart? Does it matter? What's interesting is that he went there at all.

The fevered 14 months represented here capture the moment when Dylan became comfortable in his shoes — and, if not yet confident about his every decision, at least trusting the authority of his writing. During this stretch, he fully embraced the wild potential of life after folk, fully immersed himself in the cadences of the blues, and fully engaged the surreal and the absurd as methods for truth-telling. He understood precisely the messages he wanted to convey, and was willing to try out all sorts of different shades and tones — his weary, resigned voice, or the one that's closer to annoyance — in order to give his words maximum resonance. He's often suggested that he wasn't comfortable with being tagged as a prophet or an oracle of his generation, but when that talk began, in the period just before this creative eruption, he didn't run away. He seized the platform. He recognized that his previous works had opened up a channel of communication, and he was just curious enough (crazy enough?) to want to know where that might lead. So he wrote a ton of songs and tried out a ton of ideas. He approached the act of making music with fearlessness he hadn't displayed before.

That's the macro story. This archival release is a heaping helping of micro, the back pages and pre-histories of songs listeners know by heart. Laced with outtakes, rehearsal tracks and song ideas that were later discarded, it illustrates just how mutable music can be, and how tiny decisions, made impulsively in the heat of the moment, can mean the difference between a pleasant track and a screaming fireball of world-changing sound.

Consider "Like A Rolling Stone," Dylan's first Top 10 hit. It was first attempted on June 15, 1965, at the end of the first session for Highway 61. Dylan starts out playing harmonica, but the feel is a bit rushed. Take 2 is slower, but after a long day of blues belting, Dylan's voice is ragged and he stops to clear his throat. The performance begins to coalesce the next day, and in each of several takes, Dylan and the band test out slightly different tempos — you can hear them zeroing in on the exact feel without fully committing to the groove. And then, after various trial-and-error takes, they nail it: The master rendition captures the majesty of some of the slower versions and the fire of the faster ones, and the band, playing together in real time, sounds as if it could cruise along on this groove forever. It feels like an instant masterpiece, even if it wasn't so instant.

More than the other Bootleg Series documents, this one shows Dylan as not just prone to experimentation, but also a resourceful recycler of his own top-shelf ideas. Images and characters recur, and sometimes metaphors, basslines and other devices echo from one song to another. He knew when he wrote something great, and often re-used some of the elements for other songs: The chord sequence of "Like A Rolling Stone" returns for what might diplomatically be described as a songwriting exercise — "Can You Please Crawl Out Your Window?"

The picture that emerges from these unreleased tunes and alternate takes is that Dylan was in a state of genuine flow during this period; one annotation in the excellent accompanying book observes, "Songs were pouring out of Dylan at a remarkable pace." And, it must be said, an incredible number of them were keepers. Even the rehearsal takes — of his angry, castigating harangues, withering appraisals of duplicitous women and yowling, despairing updates on the blues — show how fervent he could be, how he understood that in order for the profundity of his songs to have maximum impact, they had to be expressed in the language understood by the heart and not the head.

That alone is reason for music-makers to go to school on this brave trove of outtakes: Records are often about a controlled, computer-smoothed uniformity, in which lots of the decisions can be automated and instant — and, as a result, slightly less impactful. The Cutting Edge documents an age when musicians huddled in small rooms and hammered stuff out, one "What if?" at a time, in the process cultivating an energy circuit so strong it could not be denied. Dylan understood that harnessing that energy was a multi-disciplinary endeavor involving not just big-picture thinking, but also tiny decisions — about tempo and implication, texture and tone. He recognized that, while record-making is not a spectator sport, it is, at its essence, a game of inches.

A previous version of this review incorrectly stated the song "Can You Please Crawl Out Your Window?" has never been released. The song was actually first released as a single in 1965 and later appeared on three separate compilations: Masterpieces, Biograph and A Musical History.