Accessibility links
The Music Of 'The Martian,' Deconstructed In an conversation from the Song Exploder podcast, score composer Harry Gregson-Williams explains how he matched moments to melodies in the new film, which stars Matt Damon as a stranded astronaut. 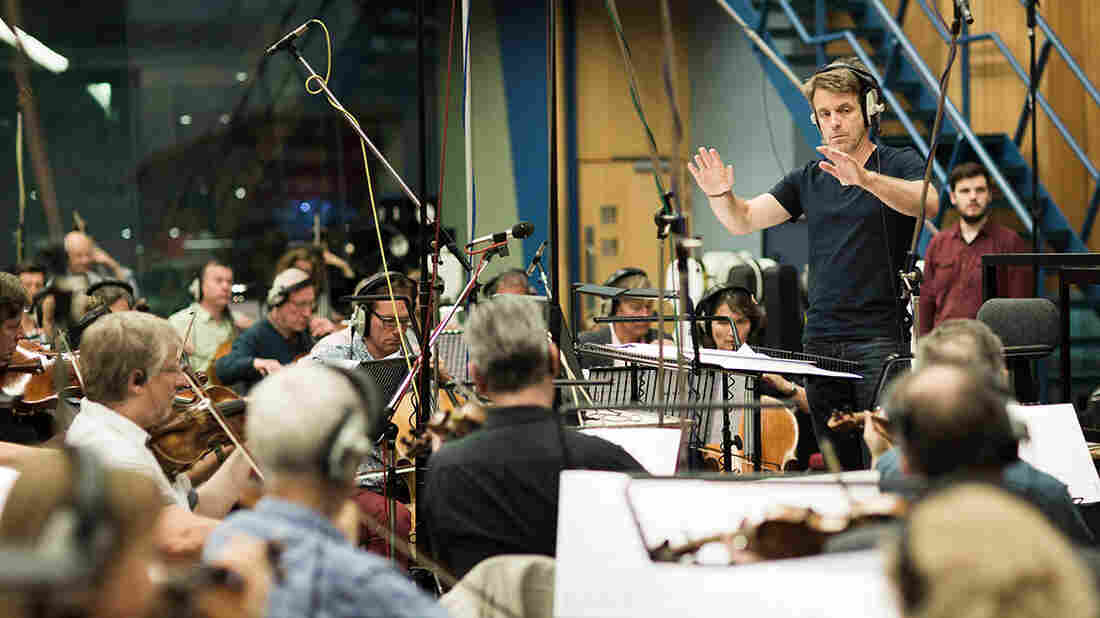 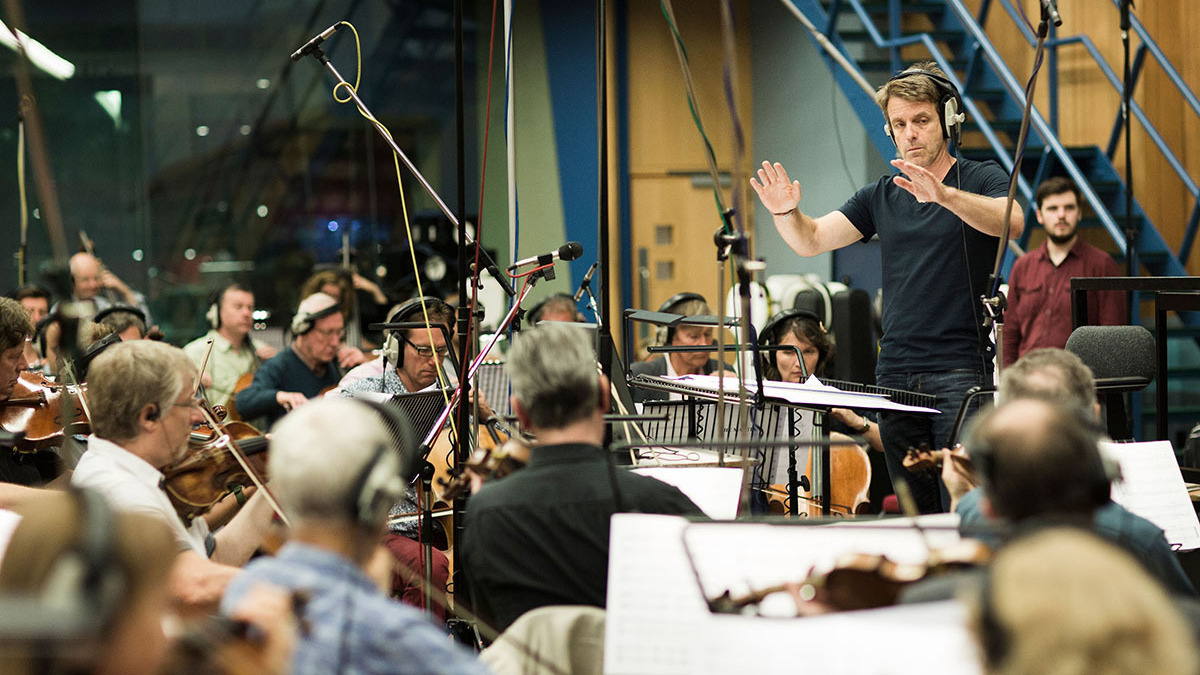 Harry Gregson-Williams leads musicians at a scoring session for The Martian.

Outer space is silent, and that may be one reason why a lot of movies about space have iconic scores — in addition to helping advance the the plot, the music in films like Star Wars and 2001: A Space Odyssey must fill a literal void.

Composer Harry Gregson-Williams wasn't looking to take up that challenge: He's made his best-known scores for fantasy films like the Shrek and Chronicles of Narnia series. Instead, the challenge came to him.

"A script plopped through the letterbox one day, with a terse little note on it which said, 'Read it. Like it. Do it.' I plowed through the script in one hungry sitting, and it was a no-brainer," Gregson-Williams says.

That script would eventually become The Martian, the new Ridley Scott movie starring Matt Damon as an astronaut stranded on Mars, and featuring music by Gregson-Williams. The composer says his first meetings with Scott completely upended his expectations for how to frame the story and its lonely hero.

"His optimism for life, his love of science and problem-solving that he always seems to be able to handle with humor and charisma — all this should be reflected in the music. There's no reason for the music to be too dark for too long in this film," Gregson-Williams says. "And that was quite a revelation, to begin with, because I had thought there would be a lot of darkness and despair He's only hanging onto a tiny thread of belief that he could live. But for the most part, this is a guy who's up for the challenge."

In a conversation originally recorded for the Song Exploder podcast — in which host Hrishikesh Hirway asks musicians to deconstruct their songs part by part — Gregson-Williams explains how each moment in a particular scene from The Martian was matched to an instrument and a melody. You can hear the full breakdown at the audio link, and find more Song Exploder episodes at songexploder.net.