Accessibility links
Rising Temperatures Kick-Start Subarctic Farming In Alaska Producers and consumers in southwestern Alaska see one upside to climate change. It's now possible to farm in parts of the tundra where agriculture was unheard of just a few years ago. 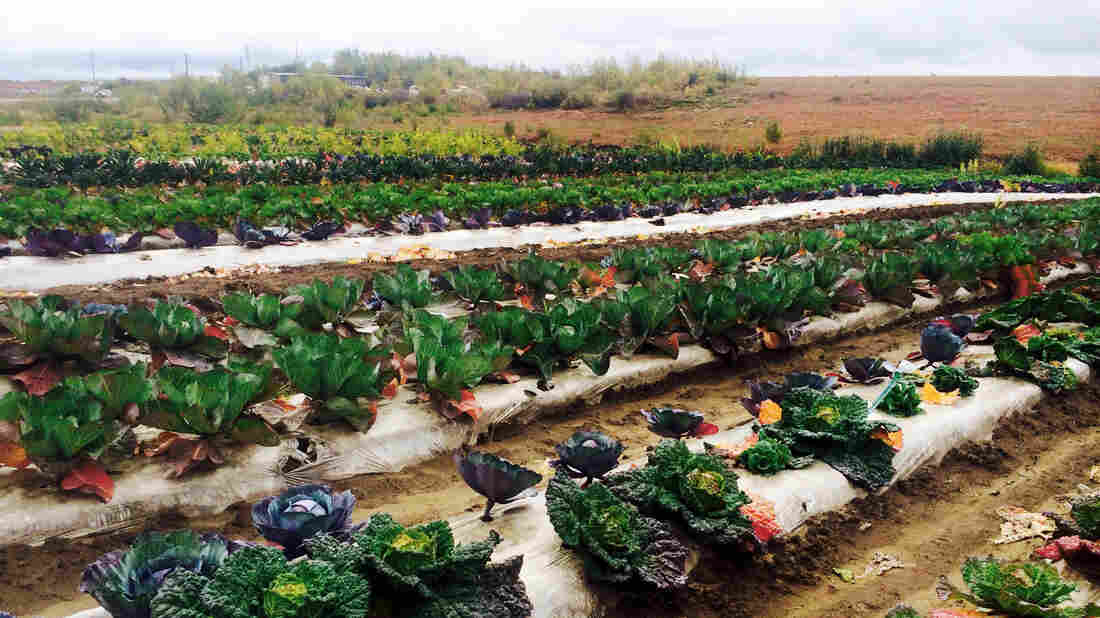 A field near harvest time at Meyers Farm in Bethel, Alaska, can now grow crops like cabbage outside in the ground, due to rising temperatures. Daysha Eaton/KYUK hide caption 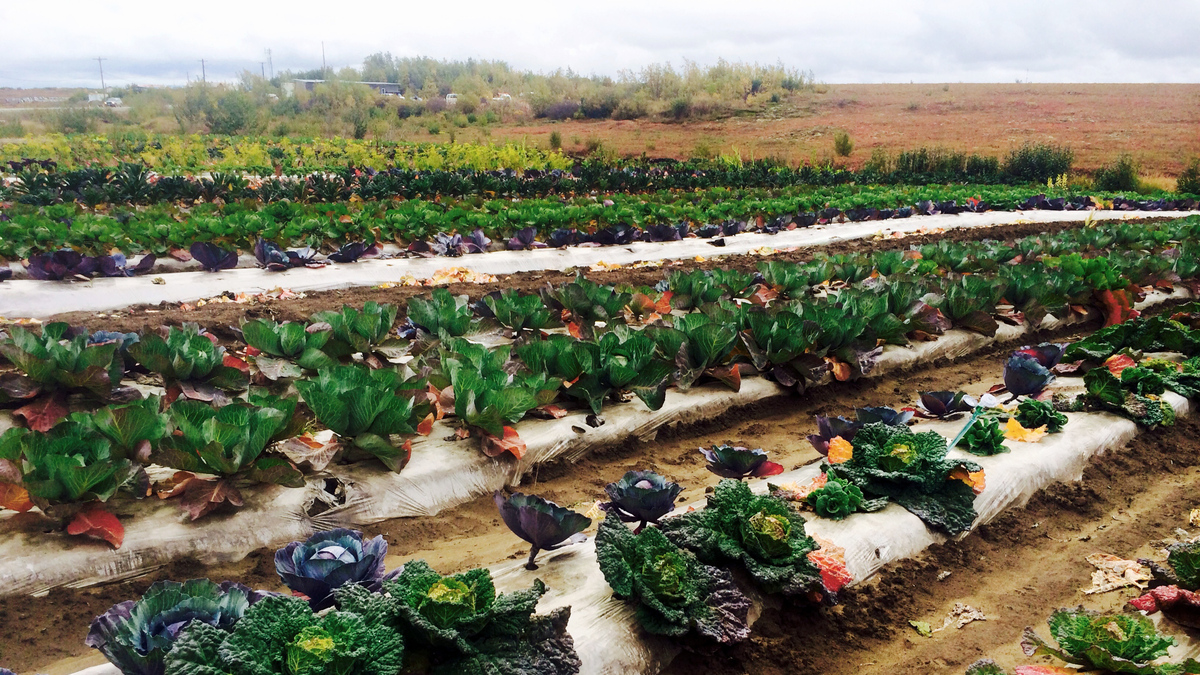 A field near harvest time at Meyers Farm in Bethel, Alaska, can now grow crops like cabbage outside in the ground, due to rising temperatures.

We've heard a lot about the negative effects of climate change in the arctic and subarctic. But some Alaskans, like farmer Tim Meyers, are seeing warming temperatures as an opportunity.

Now that potato harvest is underway at his Bethel farm, Meyers uses a giant potato washer, like a washing machine for root vegetables, to clean California white potatoes.

They're some of the only commercially produced vegetables in this southwestern Alaska region, about the size of Oregon.

Meyers says the warming summers are a big part of his success.

"I hate to say that but I guess I'm taking advantage of the fact that it is getting warmer," he says.

He says working the tundra — plowing swampy bogs full of silty soil — is tough. But he's adapted to farming in the subarctic, even making his own homemade, fermented fish fertilizer.

At the 15-acre organic farm, which has been operating for more than a decade, Meyers is growing crops like strawberries in greenhouses. But he says as temperatures warm due to climate change, it's easier to grow things like potatoes, cabbages and kale right in the ground, outside.

"Years ago, it was hard freeze and below zero up to the third week in May," he says. "We haven't had any of that this winter." 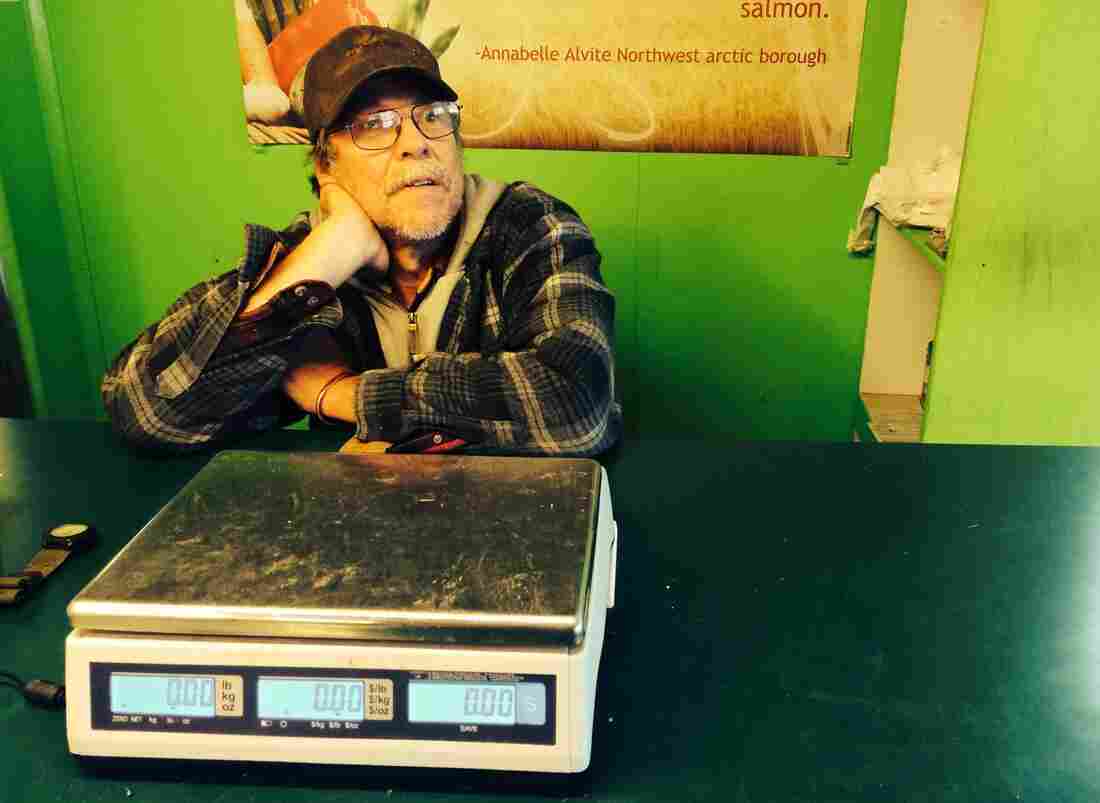 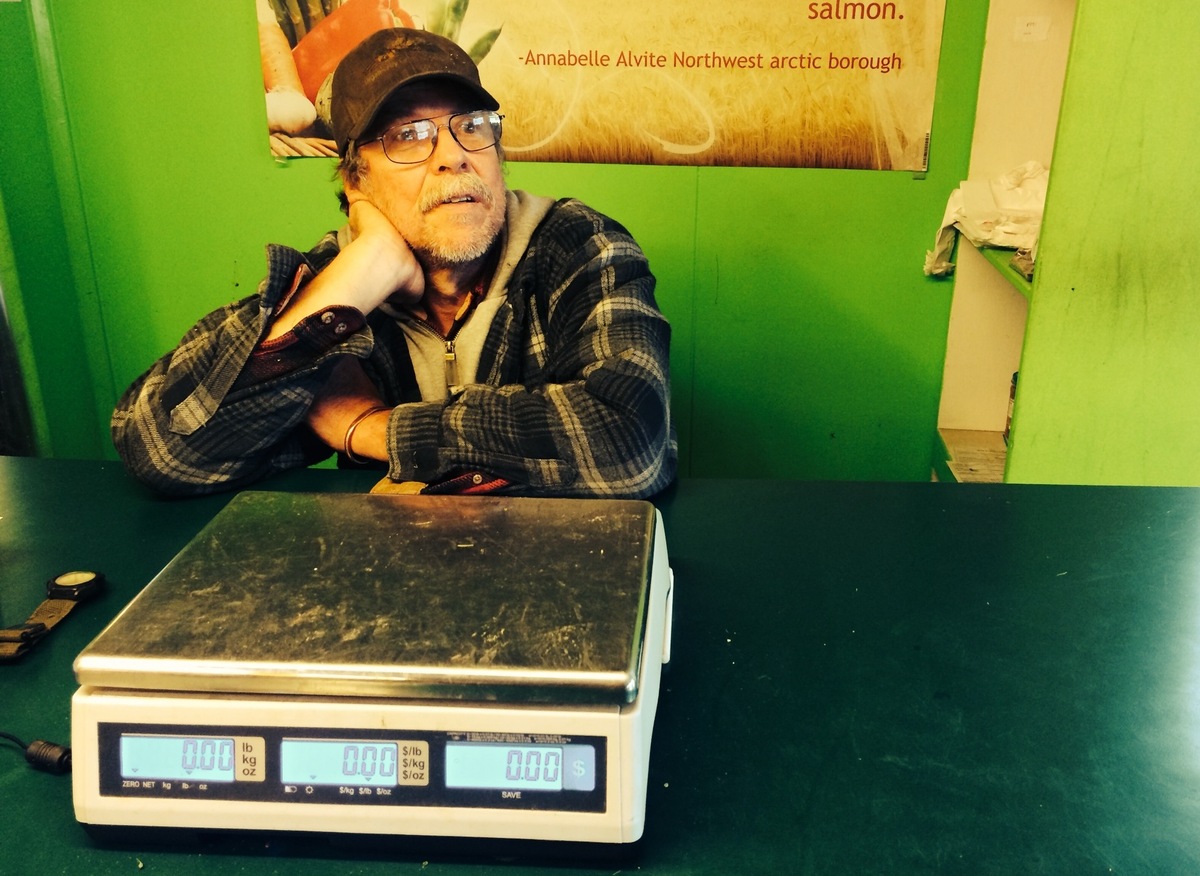 Tim Meyers owns and operates Meyers Farm in Bethel, Alaska, where he says climate change seems to be providing a more hospitable environment for growing vegetables.

In fact, 2014 ranked as the warmest year on record in Alaska. Rick Thoman, a climatologist with the National Weather Service, says that's not just a fluke, it's a trend.

"What the last century of weather observations and climate observations in Alaska are telling us is that over the last couple of decades it's been significantly warmer over most of Alaska than it was during the middle and later part of the 20th century," Thoman says.

He says the long-term average temperature for Bethel for an entire year had been 29 degrees, but in 2014 it was nearly 35 degrees. That's only 6 degrees difference, but it's significant because now it's right above freezing, which allows more things to grow outside.

Why Vegetables Get Freakish In The Land Of The Midnight Sun

Most food is flown into this town of about 6,000, and it can be expensive. At the grocery store here, a bag of russet potatoes can cost twice as much as outside Alaska.

Food security is a real issue here. The region has traditionally relied on subsistence hunting and gathering, but residents are becoming increasingly dependent on expensive imports.

Abraham works at the local hospital and specializes in nutrition. He also spends time volunteering at Meyers Farm and says it eliminates the biggest barrier to getting fresh produce onto local dinner tables: transport.

"Things that are shipped from far away are not gonna be fresh when they arrive," he says.

He hopes cheaper and fresher produce will be more attractive to residents.

At the Meyers Farm stand, customer and long-time resident Josh Craven, is happy with both the price and the quality.

"It seems like we walk out with more for less, and it's usually better, it's fresher" Craven says.

He likes to bring his two young daughters shopping with him, so they can understand where their food comes from.

And farmer Tim Meyers is glad that at least some of the food in Bethel doesn't have to be flown in from Mexico or elsewhere.

"In my mind, there's no end to the potential," he says. "I mean it's obvious we can grow a tremendous amount of food."

Meyers says he grew about 100,000 pounds of produce this year. Next year he hopes to double that.