Accessibility links
Kareem Abdul-Jabbar: 'If It's Time To Speak Up, You Have To Speak Up' The basketball legend has become a renaissance man in his post-NBA career. He's an actor, an author and an outspoken activist on issues of race, politics and justice. 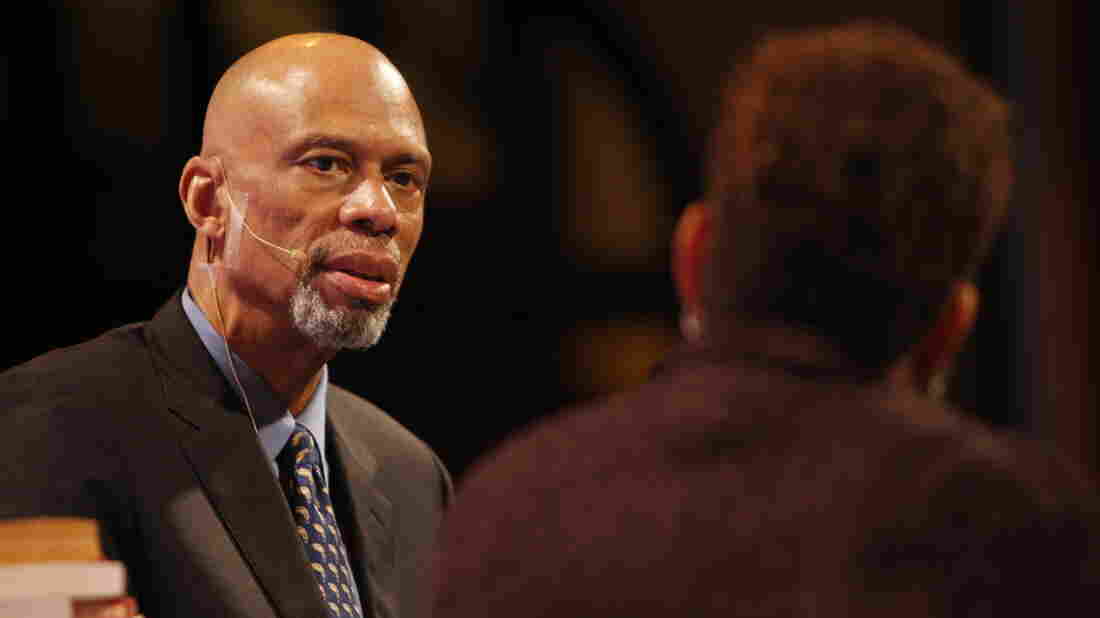 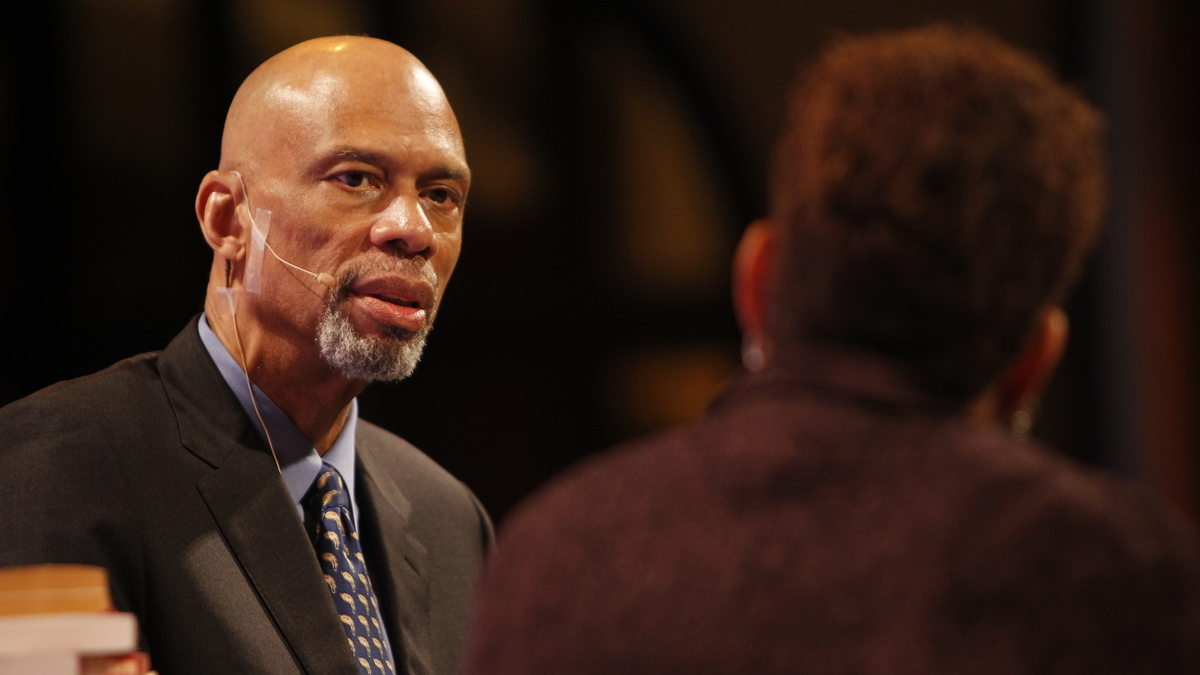 Kareem Abdul-Jabbar is still best known as the all-time leading scorer in the NBA, and the center of the Los Angeles Lakers' basketball dynasty of the 1980s.

But he is also an actor, an author and an activist. Since retiring from the game in 1989, he's written several books and become a columnist for Time magazine.

And ever since he was a standout college athlete at UCLA, Jabbar has been outspoken on issues of race, politics and justice.

NPR's Michel Martin spoke with Abdul-Jabbar at a live event in Washington, D.C., and asked whether he had ever paid a price for speaking out.

"I did," he said. "But sometimes you can't pick or choose. When something happens, it doesn't matter if it's convenient or not — if it's time to speak up, you have to speak up. You can't be afraid."

On Michael Jordan's statement — when asked to endorse Harvey Gantt in his Senate campaign against a candidate with retrograde racial attitudes — that "Republicans buy sneakers, too."

You can't be afraid of losing shoe sales if you're worried about your civil and human rights. He took commerce over conscience. It's unfortunate for him, but he's gotta live with it.

When Dr. King was assassinated, within a couple of days I was involved at UCLA. We had a demonstration. ... People were telling me, "Hey, you're going to get a chance to play in the NBA and make a lot of money, you shouldn't be out here protesting like this."

To me there was no correlation. Somebody needed to speak out about what had happened.

On embracing the Muslim faith while in the public eye

There are two sides to it. Prior to 9/11 ... I wasn't very political with my faith. I never tried to be political with it. After 9/11, questions were asked. There were legitimate questions. The whole idea for me was to have a moral anchor, and it served as a very excellent one for me.

I don't have any misgiving about my faith. I'm very concerned about the people who claim to be Muslims that are murdering people and creating all this mayhem in the world. That is not what Islam is about, and that should not be what people think of when they think about Muslims. But it's up to all of us to do something about all of it.

To hear the full conversation, click on the audio link above.