Accessibility links
Supreme Court Takes On Racial Discrimination In Jury Selection Timothy Foster's lawyers argue that black jurors were systematically excluded from the jury at his trial in 1987, while judges at all levels looked the other way for nearly three decades thereafter. 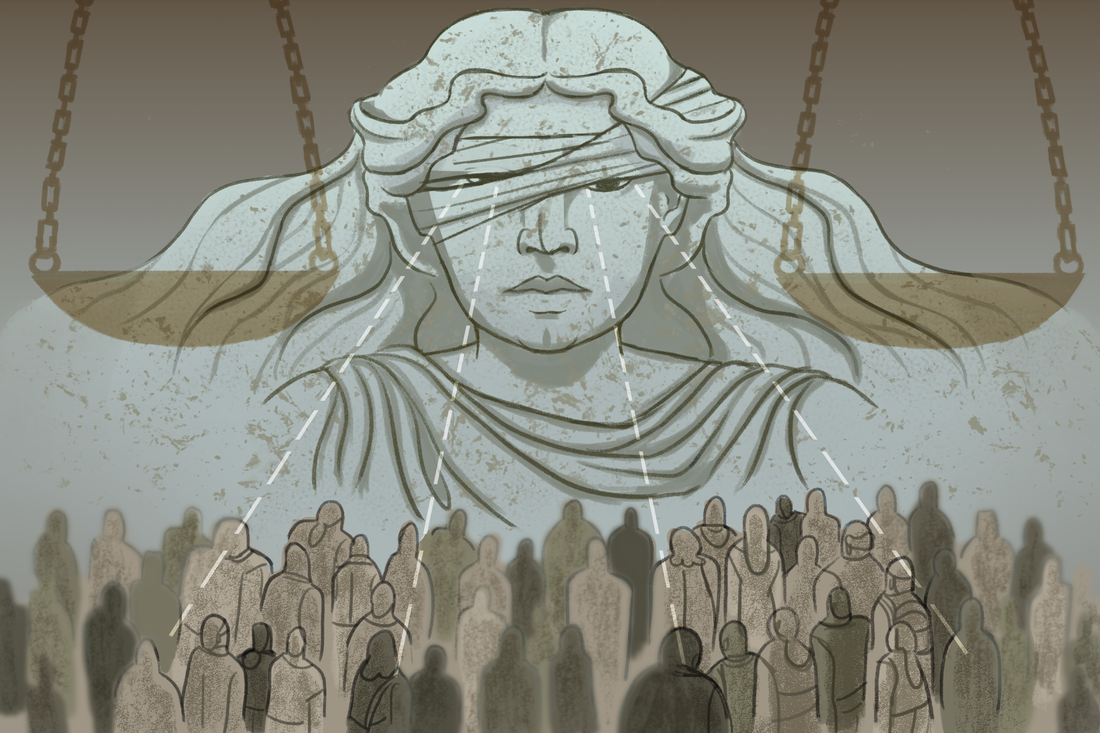 Former state and federal prosecutors are urging the Supreme Court to invalidate Foster's conviction because of "blatant prosecutorial misconduct." They point to study after study showing that when it comes to getting rid of racial discrimination, the current system doesn't work. Annette Elizabeth Allen/NPR hide caption 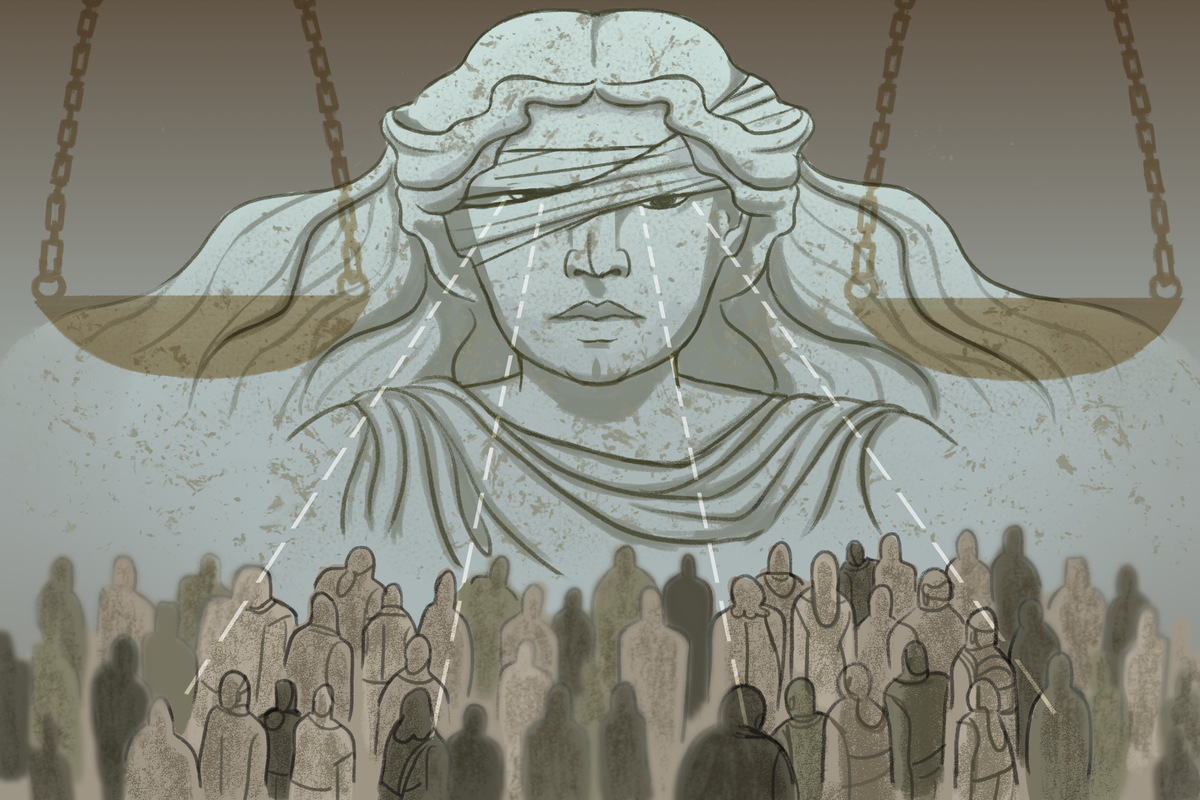 Former state and federal prosecutors are urging the Supreme Court to invalidate Foster's conviction because of "blatant prosecutorial misconduct." They point to study after study showing that when it comes to getting rid of racial discrimination, the current system doesn't work.

The U.S. Supreme Court wrestles Monday with a problem that has long plagued the criminal justice system: race discrimination in the selection of jurors.

Those are not the words of the defense in the case. They come from a group of highly regarded prosecutors, Republican and Democrat, conservative and liberal, who have filed a friend-of-the-court brief siding with Timothy Foster, who was convicted and sentenced to death in the killing of an elderly white woman in Georgia.

It has been nearly 30 years since the Supreme Court sought to toughen the rules against racial discrimination in jury selection. But Foster's lawyers argue that black jurors were systematically excluded from the jury at his trial in 1987, while judges at all levels looked the other way for nearly three decades thereafter.

Jury selection is done according to a set of rules. Prospective jurors are usually questioned by both prosecution and defense lawyers and then winnowed down in two different ways. First, the judge removes, "for cause," those jurors deemed incapable of being impartial. Next, each side, prosecution and defense, has a set number of peremptory strikes, meaning that a certain number of prospective jurors can be eliminated without a stated reason, or for no reason at all.

In 1986, the Supreme Court added a third step in a case called Batson v. Kentucky. Under the Batson rules, if the defense could show a racial pattern in prosecution peremptory strikes, the prosecutor would have to justify each one by demonstrating a nonracial reason for eliminating the juror.

Still, prosecutors found ways to get around this new rule, as demonstrated by an infamous training video made in Philadelphia in the late 1980s after the court's decision in Batson. The video features then-Assistant District Attorney Jack McMahon advising trainees that "young black women are very bad, maybe because they're downtrodden on two respects ... they're women and they're blacks."

He goes on to recommend avoiding older black women, too, as well as young black men, and all smart and well-educated prospective jurors.

But, McMahon reminded the trainees that they had to come up with a nonracial reason for their strikes: "When you do have a black juror, you question them at length and on this little sheet that you have, mark something down that you can articulate at a later time if something happens," he says.

Studies have shown that these proffered reasons are often a mere pretext for racial discrimination. A North Carolina study of jury selection in 173 death penalty cases found that black prospective jurors were more than twice as likely to be struck by the prosecution as similarly situated white jurors. A 2003 study of 390 felony jury trials prosecuted in Jefferson Parish, La., found that black prospective jurors were struck at three times the rate of whites. And in Houston County, Ala., prosecutors between 2005 and 2009 used their peremptory strikes to eliminate 80 percent of the blacks qualified for jury service in death penalty cases. The result was that half of these juries were all white, and the remainder had only a single black member, even though the county is 27 percent black.

At Timothy Foster's trial in Rome, Ga., the prosecutor used four of his nine peremptory strikes to knock out all the qualified black jurors in the jury pool. The defense cried foul, but the trial judge and every appellate court after that, including the Georgia Supreme Court, accepted the nonracial reasons. The prosecutors gave as many as a dozen reasons for striking each black prospective juror. These justifications included things like "failure to make eye contact," looking "bored," being "divorced," or "a social worker," and so on.

The appellate courts continued to accept these excuses even after Foster's lawyers obtained the prosecutor's notes in 2006 under the Georgia Open Records Act. It is rare that defense lawyers ever see these notes, and in this case, the prosecution's worksheets were not subtle.

The name of each black prospective juror was highlighted in green, circled and labeled with a "B." At the Supreme Court on Monday, defense lawyer Stephen Bright of the Southern Center for Human Rights will tell the justices that everything about those notes reeks of racial discrimination.

"They were referred to by B1, B2, B3," Bright says. "There were comparisons made among the black jurors that, if we have to take a black, maybe Ms. Hardge will be OK, or maybe Ms. Garrett will be OK. They didn't, of course, take either one of those." 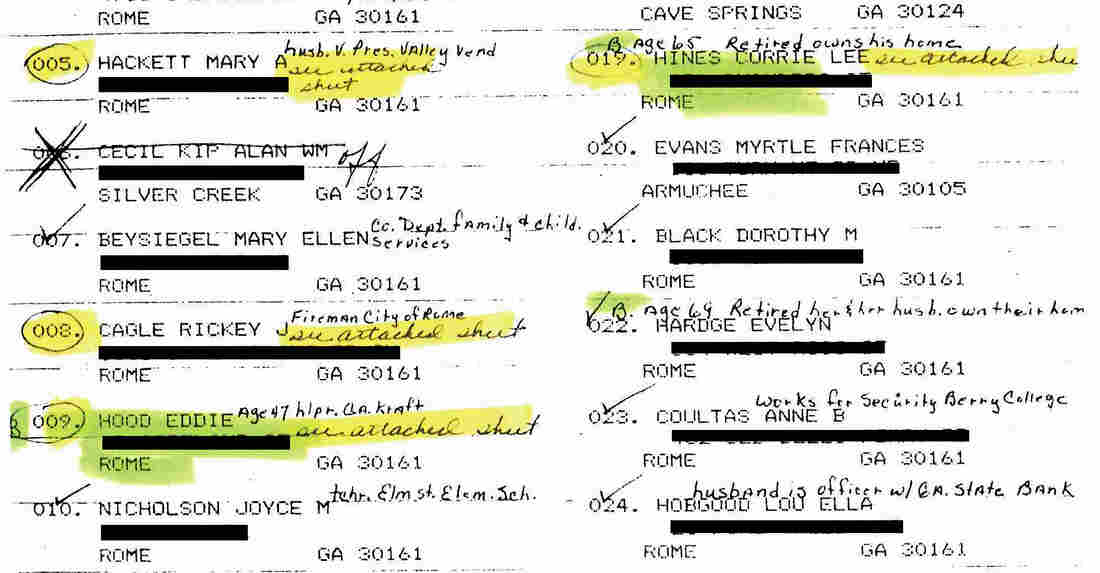 At Timothy Foster's 1987 trial, the names of prospective black jurors were highlighted in green, circled and labeled with a "B." The defense will argue that it reeks of racial discrimination. The state of Georgia's brief contends the jurors were labeled in order to be able to rebut potential allegations of racial discrimination. Editors note: Street addresses have been redacted by NPR. Courtesy of Squire Patton Boggs LLP hide caption

Bright contends that the state of Georgia continues to change its story about the justifications. For example, prosecutors initially said they struck juror Eddie Hood because he had a son close to the defendant's age. Later, when it turned out that two white jurors had sons who were close in age, too, the prosecutor gave a different "bottom line" reason: Hood was a member of the Church of Christ.

Then there was prospective juror Marilyn Garrett. The prosecution said it struck her because she was close to the age of the defendant. Foster was 19 at the time of trial, and Garrett was 34. In contrast, the prosecution accepted eight white jurors under 35, one of whom was only two years older than Foster.

The state of Georgia refused to provide anyone to be interviewed for this story. But the state's brief says that any attempt to characterize the jury challenges as racially motivated "ignore[s] the multifaceted nature of jury selection." And the brief does provide a variety of reasons for each juror who was struck, reasons that the defense argues were not applied to similarly situated white prospective jurors.

The state's brief contends that the only reason prosecutors labeled the race of the prospective black jurors was to rebut the anticipated race discrimination claim by the defense.

No briefs have been filed in support of the state's position in the case. But, that earlier mentioned group of former state and federal prosecutors is urging the Supreme Court to invalidate Foster's conviction because of "blatant prosecutorial misconduct."

They point to study after study showing that when it comes to getting rid of racial discrimination, the current system doesn't work. Prosecutors, they say, easily game the system by giving pretextual explanations, particularly in the South. In North Carolina, for example, prosecutors routinely handed out a one-page list of such reasons in training sessions.

Judges seem to have a high threshold for seeing racial bias, even in supposedly liberal states. In California, for instance, the state Supreme Court has dealt with 114 Batson appeals since 1993, according to court opinions, and in only one case out of the 114 did the state's highest court find evidence of racial discrimination.

"It's very hard politically with elected judges, very hard psychologically with judges and prosecutors who work together all the time, for a judge to make that finding," defense lawyer Bright says.

It's also true that statistical studies show that more racially diverse juries are in fact more skeptical of the prosecution's case and less likely to impose the death penalty. A 2004 study by the Capital Jury Project found that in cases with a black defendant and a white victim, the chances of a jury imposing the death sentence were sharply lower if one or more black men served on the jury.

Monday's Supreme Court case is widely viewed as a chance for the justices to once again rap the knuckles of the lower courts, but it's unlikely the court will be willing to establish hard and fast rules to prevent the kind of systemic discrimination that most in the criminal justice system acknowledge has plagued the courts from coast to coast.

Most experts say the only way to do that would be to eliminate or drastically limit peremptory strikes, and that is a nonstarter for one simple reason. Most trial lawyers continue to believe these challenges are an essential tool for selecting a jury.