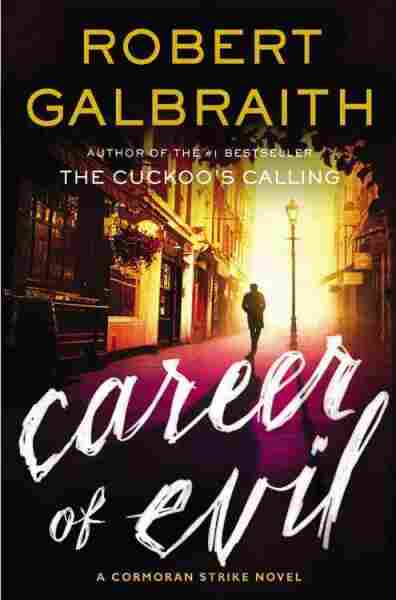 The arrival of a new mystery in a beloved series is always a much anticipated occasion — what's been happening with our favorite private eye? Has an admired police captain been promoted? Has a young lady hacker survived the vicissitudes of the last volume?

The third volume of the Cormoran Strike series by mystery writer Robert Galbraith is an Event with a capital E. That's because Galbraith isn't your ordinary novelist. The first book The Cuckoo's Calling was a well-received murder mystery that received even more attention when an anonymous tip outed the author as J.K. Rowling, who's famous for her earlier work about a wizard.

I talked with Rowling about the third book in the Galbraith mystery series — it's called Career of Evil — and it brings back private detective Cormoran Strike and his secretary and partner, Robin Ellacott. Strike and Robin are now pretty famous after their successes in previous cases from The Cuckoo's Calling and The Silkworm. But now the crime that's come to them has actually arrived at their door — someone has just sent Robin a severed leg.

Talking with perhaps the most famous writer in the world felt ... well, just as cool as you'd think. We touch on structure, and influences and why some women just end up with bad guys. So if there's ever a moment where I don't feel lucky, remind me that I got to talk about misogyny with J.K. Rowling for almost a half-hour once, and I'll pipe down.

Below are just a couple of highlights from our conversation. To hear our full chat — including tidbits about what's coming in the Cormoran Strike series — click the audio link at the top of the page.

On why using a pseudonym was so liberating

Using a pseudonym — it felt like a very private pleasure. You know, there was no expectation. No one knew I was writing The Cuckoo's Calling, which was the first in the series. I felt a sense of liberation, I suppose. And I wasn't sure when I was outed unwillingly as the author whether that would continue. But, in fact, quite miraculously, it has. There's something about writing under a pseudonym. I just feel I'm in a different space when I'm there. ... It's just been a really pleasurable experience for me. 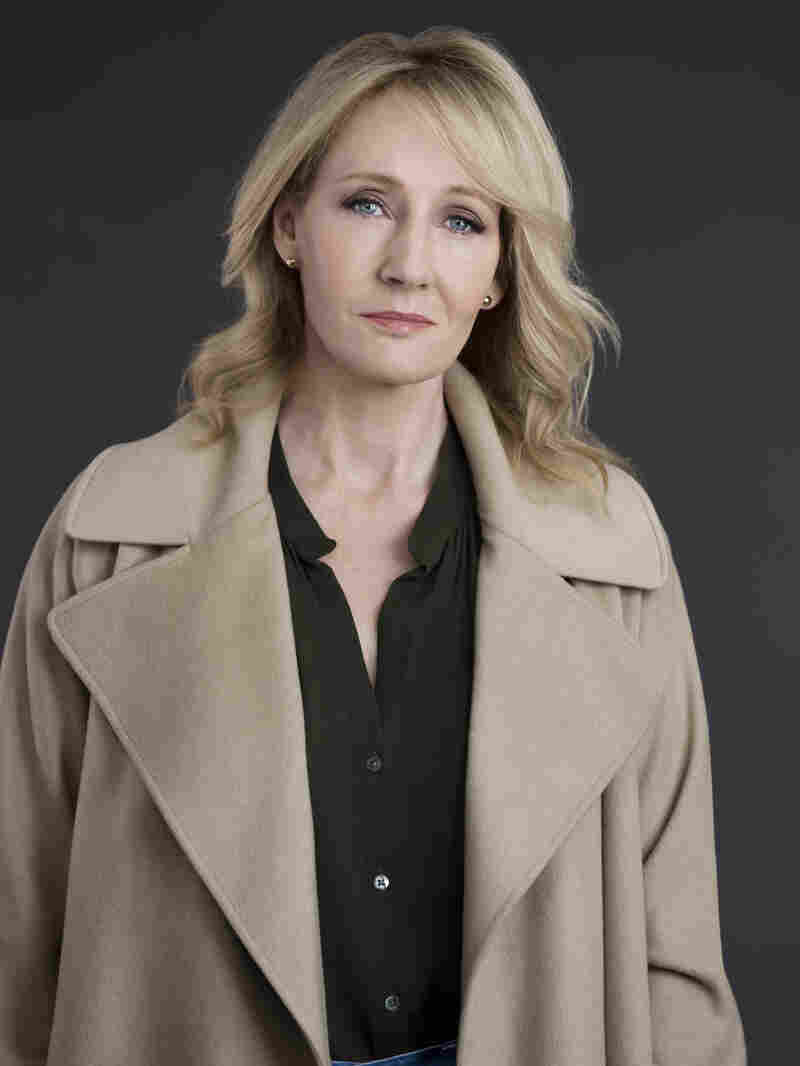 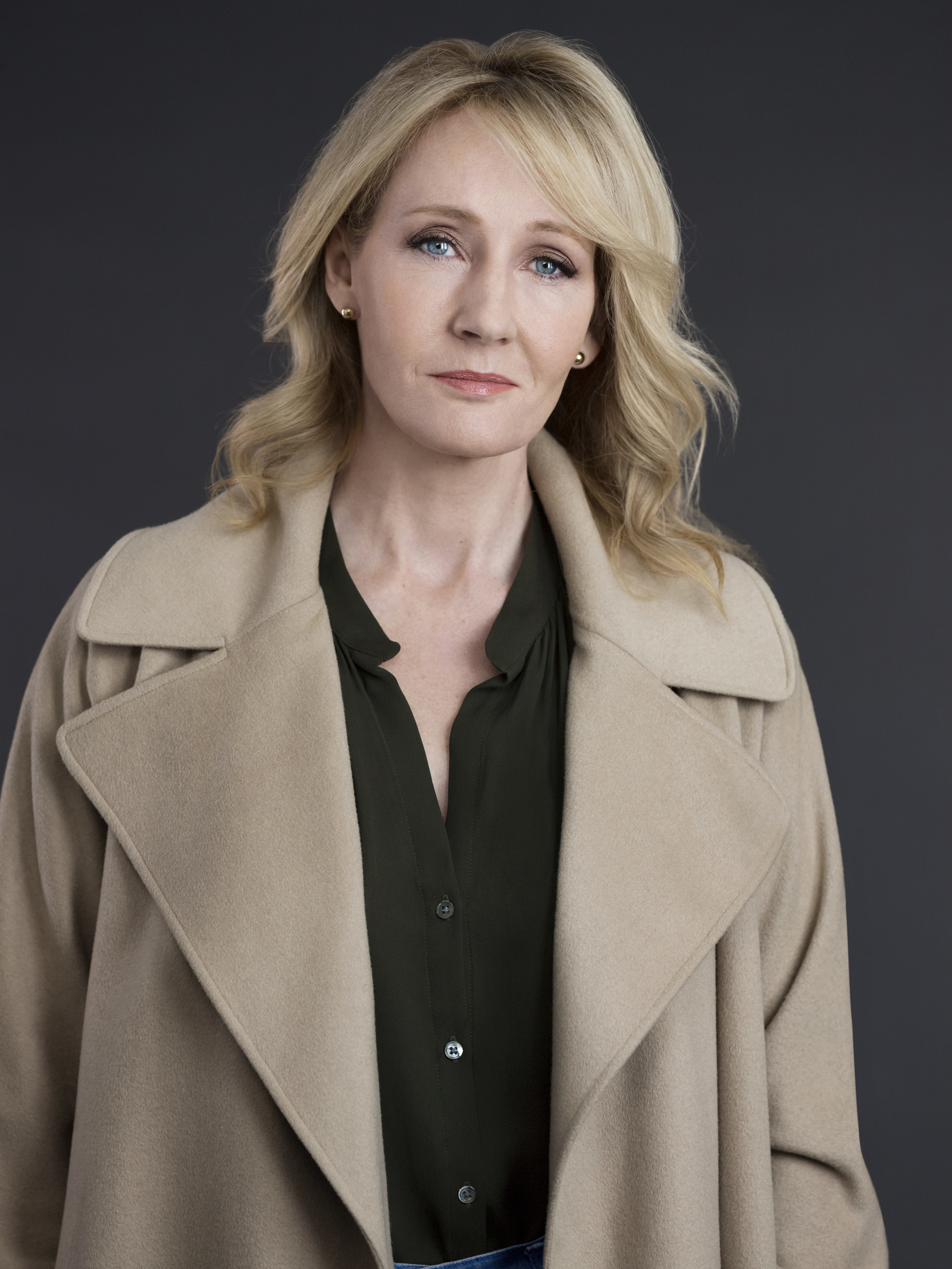 On how she creates plot twists without breaking the reader's trust

It was very important to maintain the reader's interest without feeling that they were being led down pointless rabbit holes for my own amusement. The No. 1 rule in this genre is: You have to play fair. ... So, you know, as many red herrings as you want, as long as they're well-written and plausible, the reader will forgive you. What they won't forgive you is not setting out all the information in front of them, because then you're cheating. I had an eye to that, as I think every competent detective writer should have.

On the research she did to try to inhabit the minds of a murderer, a pedophile and a serial abuser

It was horrible, actually. This is the first book that's ever given me nightmares, literal nightmares. ... I felt that I needed to do a lot of research to understand a certain mindset, which is clearly very, very far removed from my own. I read an awful lot of case studies. It was that that gave me nightmares. ...

[I studied] accounts that Ted Bundy himself left. ... And he was articulate on the subject of how he felt about women and, to a degree, articulate about what he'd done. Reading those accounts greatly informed the perspective of the killer in those books.

The other source ... and it's very depressing to say it, but literally with a few clicks of a computer mouse, you can find forums where men do discuss women in exactly these terms. ... I clearly do not feel that way about my own gender. So I needed to do some proper research to understand, as much as I am capable of understanding, the language that somebody like that would use.