Accessibility links
For This Released Inmate, Freedom Tastes Like Pizza For Breakfast Dana Bowerman is one of about 6,100 prisoners just released as part of a change in the way the U.S. punishes people convicted of federal drug crimes. "It still feels weird, different," she told NPR. 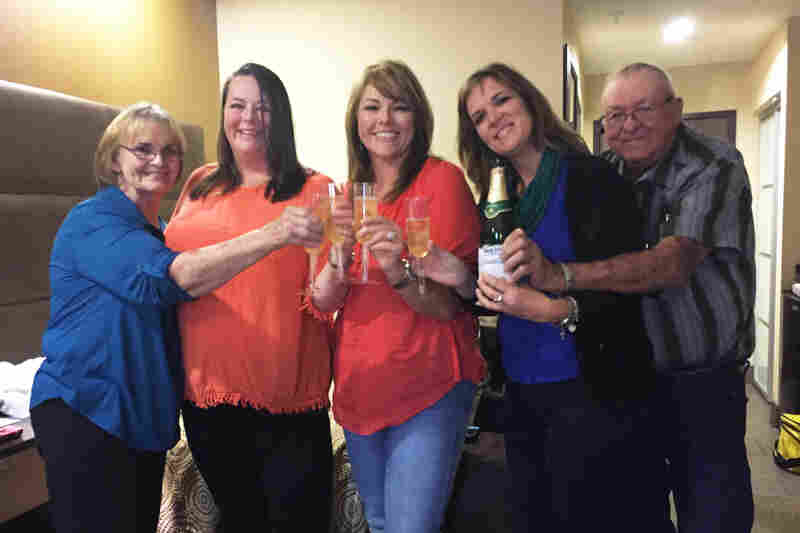 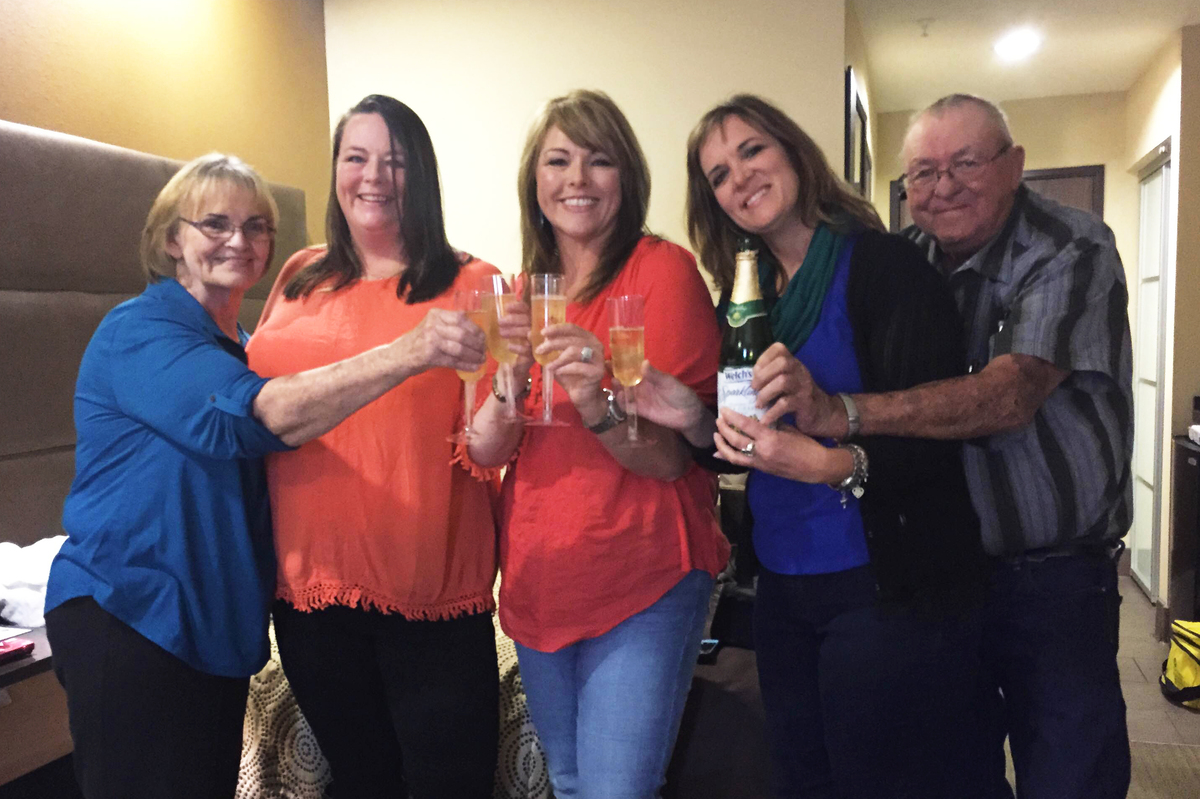 Dana Bowerman walked out of a federal prison camp in Bryan, Texas, Monday morning and for the first time in more than a decade, she chose her own breakfast.

"I had five pieces of different kinds of pizza," Bowerman told All Things Considered in an interview. "Been waiting 15 years for that. I about choked though because I got kind of emotional and I'd have a mouthful of pizza ... and it still feels very surreal."

After Hope For Early Release, Prisoners' Applications Stuck In Limbo

Bowerman is one of about 6,100 inmates released over the past few days as part of a change in the way the U.S. punishes people convicted of federal drug crimes.

She was a first-time, nonviolent offender who got sent to prison in 2001, at age 30, for taking part in a conspiracy surrounding a methamphetamine ring. Under the sentence in place at the time, Bowerman had been scheduled to serve 19 years and seven months, or until 2018.

"A lot of wasted time, I think," Bowerman said. "The money that was spent to keep me in prison all this time could have been better used for drug education and rehabilitation because I needed to get clean, and I needed to change my way of thinking, and I needed a good seven years to do that. ... You couldn't have convinced me when I walked in the door that I had any victims. But now I know that everything I did had a ripple effect, and everything I touched with drugs or my lifestyle affected the people they loved."

Bowerman said she got clean in prison. And she said she's proud of her work there — talking to students about keeping straight and raising puppies, including Angel, who became an award-winning drug detection canine.

The feeling of being free, Bowerman said, is still new.

"I thought when I drove off the property that it would sink in but it still feels weird, different," she said about an hour after her release, in a hotel room surrounded by her mother, stepfather, sister and best friend.

Bowerman had surgery over the summer for a persistent problem with her vision, so, unlike many other inmates, she couldn't take advantage of the option to leave the prison camp near College Station for a halfway house or home confinement during the last six months of her prison term.

Bowerman said now that she's out, she's keeping close track of the rules. No alcohol, so her family toasted her release with sparkling grape juice. And she won't be able to travel beyond the rural area outside Lubbock where she's staying with relatives for at least two months.

But Bowerman said when the time is right, she's eager to try to visit her father, a co-defendant in her prosecution. He's still behind bars.

"I'm hoping and praying and having faith that he'll receive his ... reduction also," Bowerman said. "Even if it's a one-time special visit, I haven't seen my dad in 15 years. I can't wait to hear his voice. I hope he calls today."

Bowerman said she's looking forward to some solitude in her new home in the country "because there's never anywhere to be alone during prison."

She said she wants to volunteer to talk to church youth groups to educate kids about the dangers of drugs. Once a straight-A student, Bowerman had no real obstacles in her way — except for herself.

"I had curiosity and I had no responsibility and I had a selfish attitude and instant gratification," she said. "Now I see in hindsight how it changed all of my decisions."

Bowerman also said she's looking forward to swimming and getting into shape. "I've stayed to myself a lot, and I used food for comfort; now I'm ready to get out there and get healthy and go swimming," she said. "I want to make my family proud. My biggest fear walking out those gates is that I will disappoint my family again. I can do time, I've always been able to do time, but my family can't do one day more."

She said she hopes the Sentencing Commission, the federal body that sets guidelines for federal criminal offenses, understands how much this second chance means to her — and to the 6,000 others who just won early release because of the commission's decision.